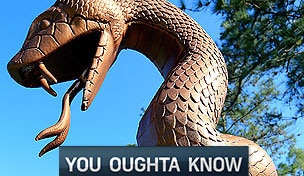 PALM HARBOR, Fla. – Justin Leonard, George Coetzee and Kevin Streelman are tied atop the leaderboard at the Tampa Bay Championship. Here is what You Oughta Know heading into what should be a frenetic final day at Innisbrook’s Copperhead Course:

• Streelman, however, has endured an even longer winless drought. Still winless in 152 career starts on Tour, he finds himself in a share of the 54-hole lead for the first time since the 2010 Puerto Rico Open (T-3). Coming off a missed cut last week in Puerto Rico, Streelman has only one top-10 finish this season (Humana).

• Aside from a T-10 here last year, Streelman doesn’t have a great history at Innisbrook. Quite the opposite, in fact. He missed the cut in 2009, and a year earlier he set the tournament record for highest score ever recorded after the cut was made – a 13-over 84 during the third round.

• Seven of the previous 11 third-round leaders here have gone on to win. The last to do so was Jim Furyk, the 2010 champion. The biggest Sunday comeback at this event belongs to John Huston, who stormed from four shots behind to win in 2000. Last year, Luke Donald overcame a three-shot deficit.

• Donald carded just one of three bogey-free rounds on the par-71 layout Saturday, along with Streelman (66) and Roberto Castro (68). A third-round 67 vaulted the Englishman 23 spots on the leaderboard, up to T-8 and only two shots behind the leaders. There have been only nine rounds without a bogey all week.

• Few players need a strong Sunday as desperately as Peter Tomasulo. Playing on a major medical extension, he needs to make $487,266 in his next five starts to retain his playing privileges for the rest of the season. In his first three starts, he had earned only $52,256 of the required $539,522.

•  Even with the fast and firm conditions, no hole in the Snake Pit (Nos. 16, 17 and 18) ranked as the most difficult of the day. That distinction belongs to the par-5 fifth, which played to a stroke average of 5.364. Only five birdies were recorded there all day, with 27 bogeys or worse. The 16th and 18th holes were the second- and third-most difficult, respectively.