Lombard (72) holds lead in South Africa; Oosthuizen (71) one back SUN CITY, South Africa – Zander Lombard will take a one-shot lead into the final round of the Nedbank Golf Challenge and is in position to win his first European Tour title at his country’s most prestigious tournament.

The 24-year-old South African, who led by two strokes overnight, ground out a level-par 72 in the third round on Saturday to move to 11 under par and stay ahead of compatriot Louis Oosthuizen (71) and Belgian Thomas Detry (69).

Lombard made a bogey on No. 6 and a double bogey on No. 8 but fought back with three birdies on the back nine.

Oosthuizen opened the tournament with a 63 and had a 72 in the second round. The 2010 British Open champion is chasing his first Sun City crown.

Oliver Wilson made a big move up the leaderboard with a 67 and is tied with Marcus Kinhult in fourth, three shots off the lead on 8 under.

Lombard’s double bogey came when he missed the fairway, was forced to lay up and then three-putted. He birdied the next hole after a fabulous chip and added birdies on Nos. 10, 14 and 15.

“I’m still in the lead,” he said. “I’ve got to stay positive and I’m really looking forward to tomorrow.”

Detry, who is also seeking a maiden European Tour title, has been in contention all week and made six birdies in his 69 before slipping up with a double bogey and a bogey in his last five holes.

He drew level with Lombard after a birdie on No. 16 but missed the green at the last and had to settle for a bogey. 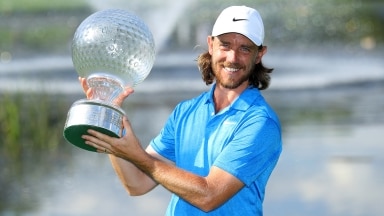 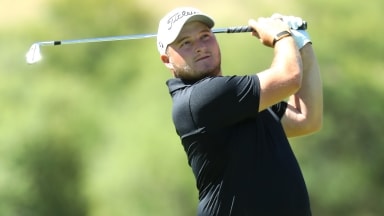 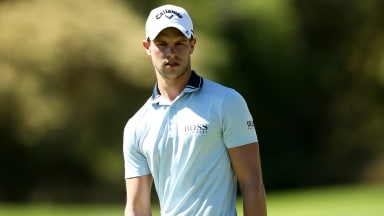