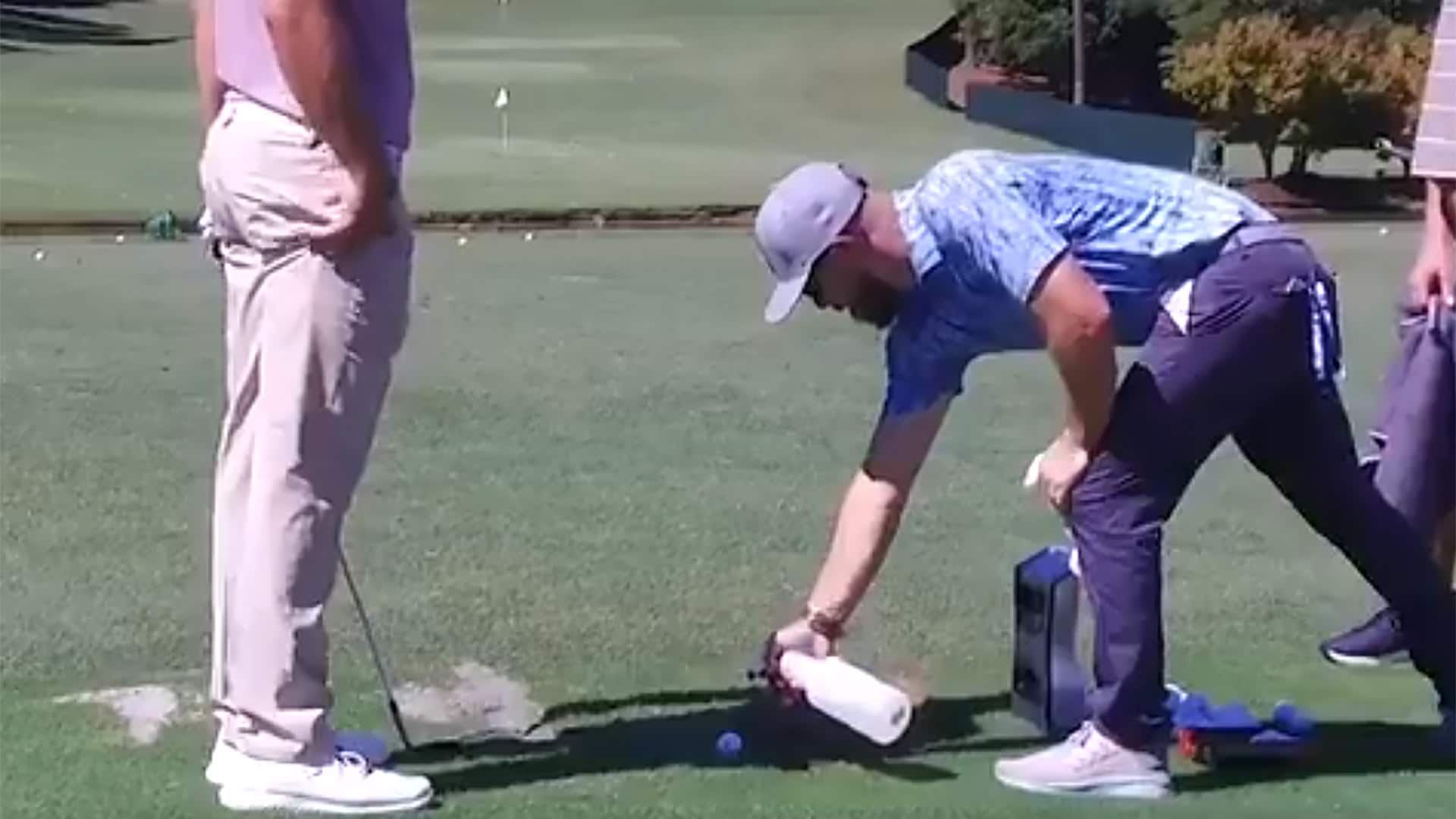 Bryson DeChambeau has certainly lived up to his nickname of "Mad Scientist" since joining the PGA Tour, using his eccentric style to win four events, including the first two tournaments of this year's FedExCup Playoffs.

And he's staying on brand at the season-ending Tour Championship, where he enters as the favorite to capture the FedExCup title.

The 24-year-old was spotted on the East Lake range Tuesday, preparing for potential morning dew on the golf ball this week - by having a member of his team spray each golf ball between practice shots:

Simulating moisture on the ball.

Bryson is using two launch monitors. Hitting brand-new balls straight out of the box. Someone scrubs his clubface before every shot, then spritzes the ball with water to simulate morning dew.

While this type of preparation might come off as a little excessive to the average golfer, it's rather mild for DeChambeau, considering that in the last two weeks alone he has discussed undergoing muscle activation tests and measuring his brain waves.

DeChambeau goes off with Justin Rose on Thursday at 2 p.m. He could finish as low as T-29 and still have a mathematical chance of winning the season-long FedExCup. 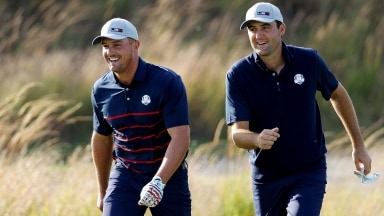