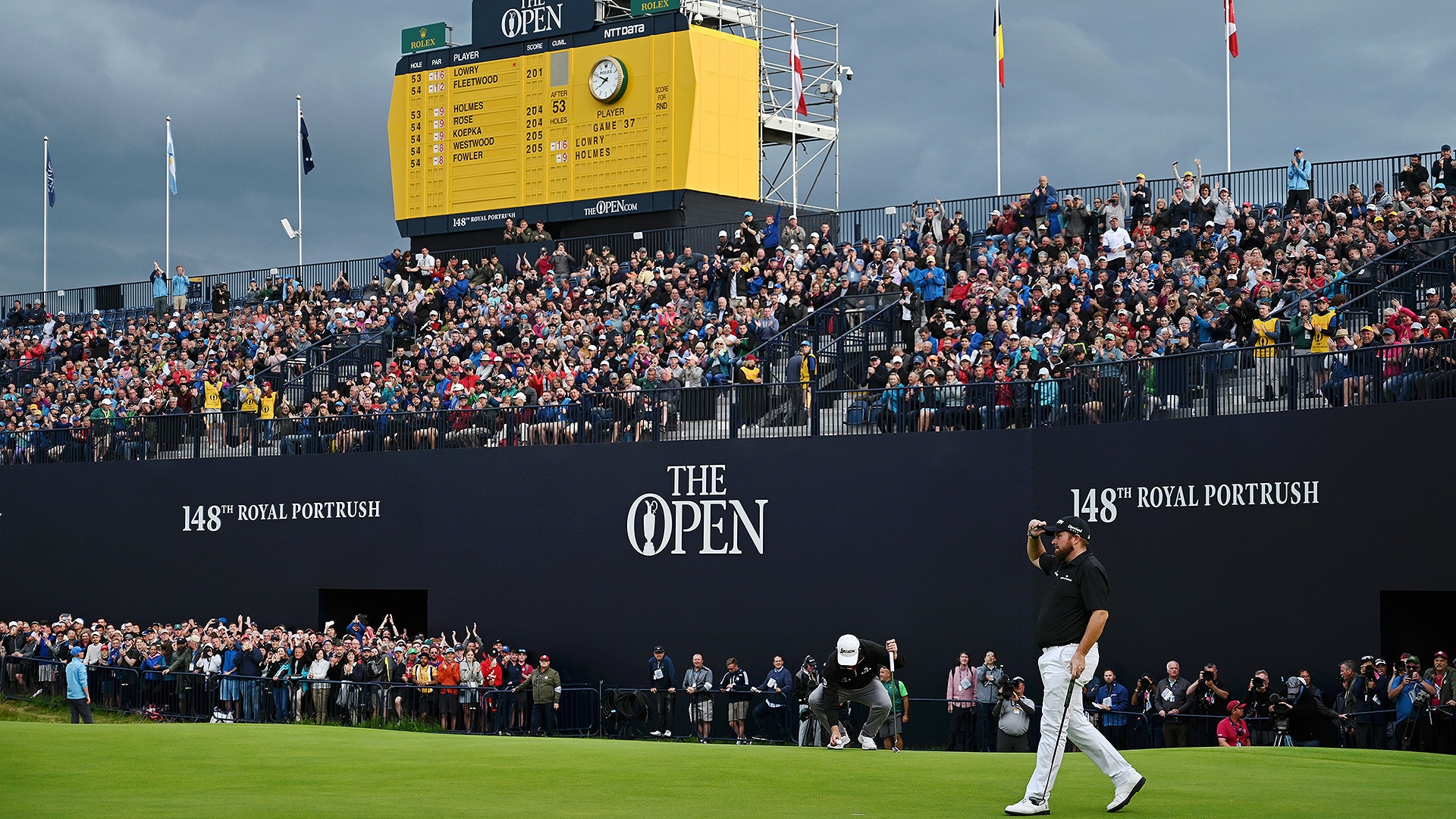 PORTRUSH, Northern Ireland – They give the storms that march across the Emerald Isle colorful names that stir the imagination like Callum and Bronagh. There won’t be a romantic name for Sunday’s tempest that is poised to turn the 148th Open into windblown chaos. At the game’s oldest member-member it’s simply known as links weather.

Or, to be more provincial, it’s called a hoolie with the type of rain that stings the skin, wind that burns the eyes and a cold that chills to the core.

That it’s an Irishman who grew up a four-hour drive to the south across a seamless border who finds himself pacing the proceedings is only fitting. The Portrush Open is squarely Shane Lowry’s to win or lose, but the final script seems destined to be written by Mother Nature thanks to a forecast that features varying shades of awful.

Sunday is promising to be something of a meteorologist’s delight with phrases like “bursts of heavy rain” mixed in with winds that are predicted to gust to 35 mph. The R&A even moved up tee times an hour with hopes of avoiding the worst of it. That’s not unprecedented, but it’s certainly rare.

Depending on whom you ask it’s either the perfect storm or an untimely interloper, and even with a four-stroke lead over Tommy Fleetwood the 32-year-old Lowry is keenly aware of how quickly cruel conditions can change the narrative.

“I used to be good in bad weather back then, but I don't play in bad weather anymore,” said Lowry, who posted a best-of-the-week 63 on Day 3 for a 54-hole tournament record 197 total.

Lowry, who appears as if he were plucked from central casting for the part of barrel-chested hero, is not one for false modesty. Although he grew up playing in the type of gale that awaits on Sunday and has the potent combination of solid ball-striking and magical short game that is perfectly suited to adverse conditions, he knows a muddy track favors those who are chasing regardless of how far afield they may be.

He admitted as much when asked about his bogey-free round on Saturday that included birdies on three of his final four holes, which were each met with thunderous cheers from the wildly partisan masses.

“It is one of the best scores I've ever shot, but I think the golf course, we got very lucky with the weather today,” he conceded. “The wind laid down and it played quite easy towards the end.”

He also knows firsthand the pitfalls of taking a lead into the final round of a major championship. It was just three years ago at the U.S. Open at Oakmont when he took an identical four-shot lead into the final lap only to limp home with a 76 to tie for second, three shots behind a charging Dustin Johnson.

Brooks Koepka also remembers that Oakmont Sunday as well as this year’s PGA Championship, where rode a similarly commanding seven-stroke lead into the final turn only to watch things spectacularly unravel as the winds whipped across Bethpage Black. 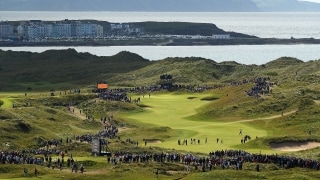 Sunday tee times moved up because of weather

The R&A announced Saturday night that tee times for the final round of the 148th Open at Royal Portrush will be moved up Sunday in an effort to dodge a dicey afternoon forecast.

“The last time Shane had the lead at Oakmont we saw that. At Bethpage it can go very quickly. Bad weather happened at Bethpage. I guess maybe the last, what, 15 holes was very, very windy, especially that back nine,” said Koepka, who is tied for fourth place at 9 under par. “In links golf, all of a sudden, a couple of bad bounces and you never know or in a couple of bunkers.”

This was more than simply wishful thinking for Koepka, who has put on a ball-striking clinic this week but has struggled on Royal Portrush’s greens. Under perfect conditions like those the leaders played in late Saturday, a four-stroke lead can seem insurmountable, but when the unrelenting winds blow in off the Atlantic Ocean and the rain seems to come from every direction any lead can evaporate in a matter of minutes.

It was in the eyes of those who will set out on Sunday looking to track Lowry down. Each was asked how the forecast could impact the outcome and each gave a similarly sadistic answer.

“You look at conditions like this and you have to go out there and make birdies to make up ground,” said Rickie Fowler, who was tied for sixth at 8 under, eight shots back. “I'm not saying that pars will do that tomorrow, but when you make a birdie it's going to make up a lot more ground than what it would be with good scoring conditions like this. So, it's obviously just go at it with the right mindset.”

No one likes to play in the wind and the rain, but for the field stacked up behind Lowry the weather will serve as a paradigm of hope – anything can happen, press on.

As the sellout crowds packed in around the 18th green late Sunday to watch their Shane put the finishing touches on a brilliant round, the gloom hung low over the Portrush Open. It was an ominous foreshadowing of what was to come on Sunday. A calm before a storm that won’t have a colorful name, but will undoubtedly have a role to play in the 148th Open.