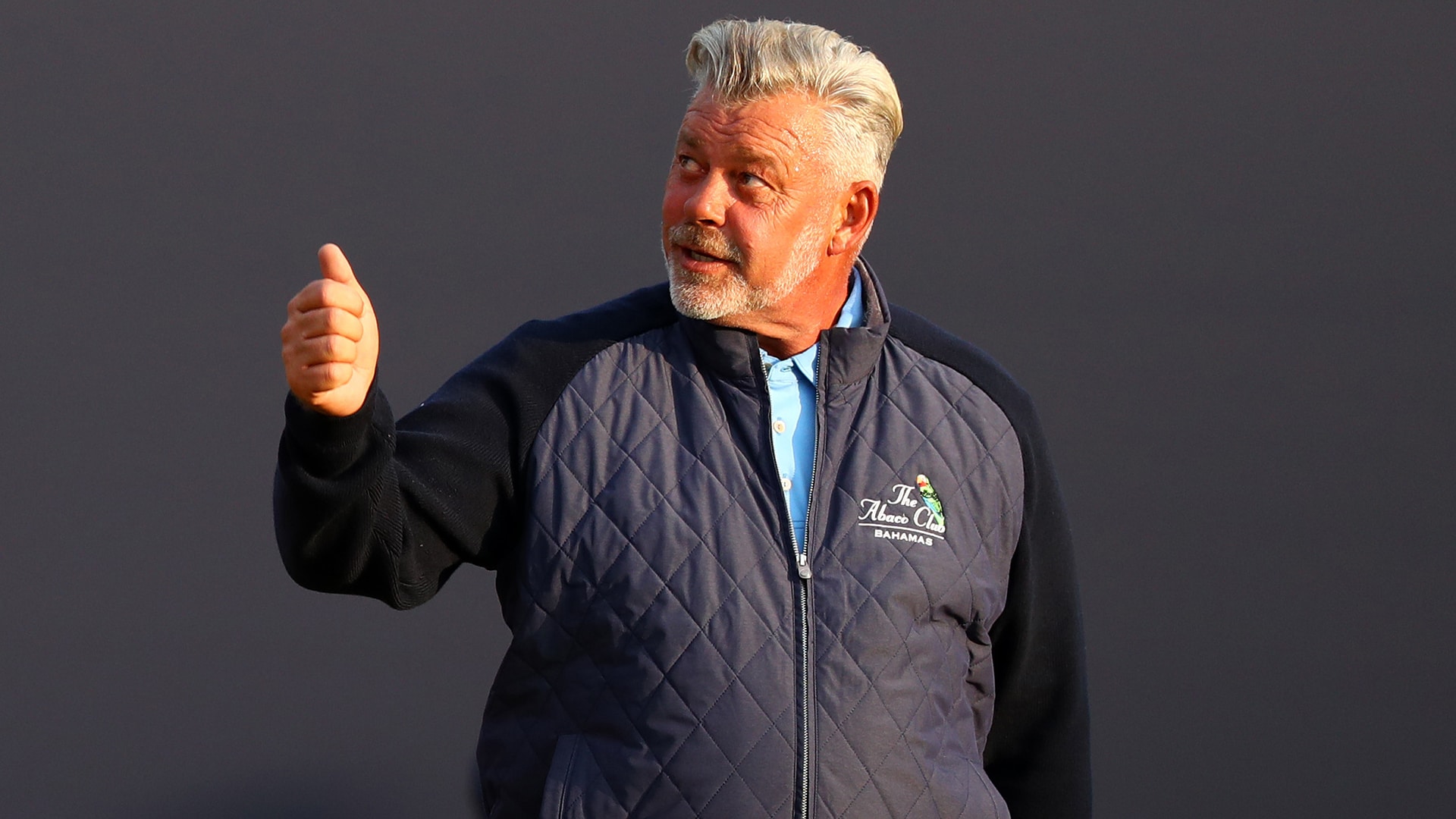 PORTRUSH, Northern Ireland – Darren Clarke was up at 3:15 a.m. on Thursday. It wasn’t nerves that stirred the 50-year-old Northern Irishman, just necessity.

Clarke had the honor of getting the 148th Open underway with a 6:35 a.m. tee time at Royal Portrush, where he grew up and learned to play the game.

“I didn't think I'd feel the way I did. But the support, everything from the crowds, just everything about it sort of when I was about to hit my tee shot, wow, it's The Open Championship, we're back in Portrush,” Clarke said. “It was amazing.”

But Clarke’s day was hardly ceremonial. The 2011 Open champion moved into the hunt with birdies at Nos. 1, 3 and 5 and finished the day with an even-par 71 and was tied for 29th when he completed his round.

“Even walking up the 18th green there when everyone was roaring. Last time I did that was 2011 on the 72nd hole. It was fabulous,” Clarke said. “It's obviously not just me. It's Rory, G-Mac, all that sort of stuff. But I think to see all the people coming here, to see how much they put their arms around it, it's fabulous.”

Clarke missed the cut at The Open the last two years and his best finish since winning at Royal St. George’s is a tie 21st in 2013.