Molinari on pressure of defense: Felt 'one-tenth of what Rory was feeling' 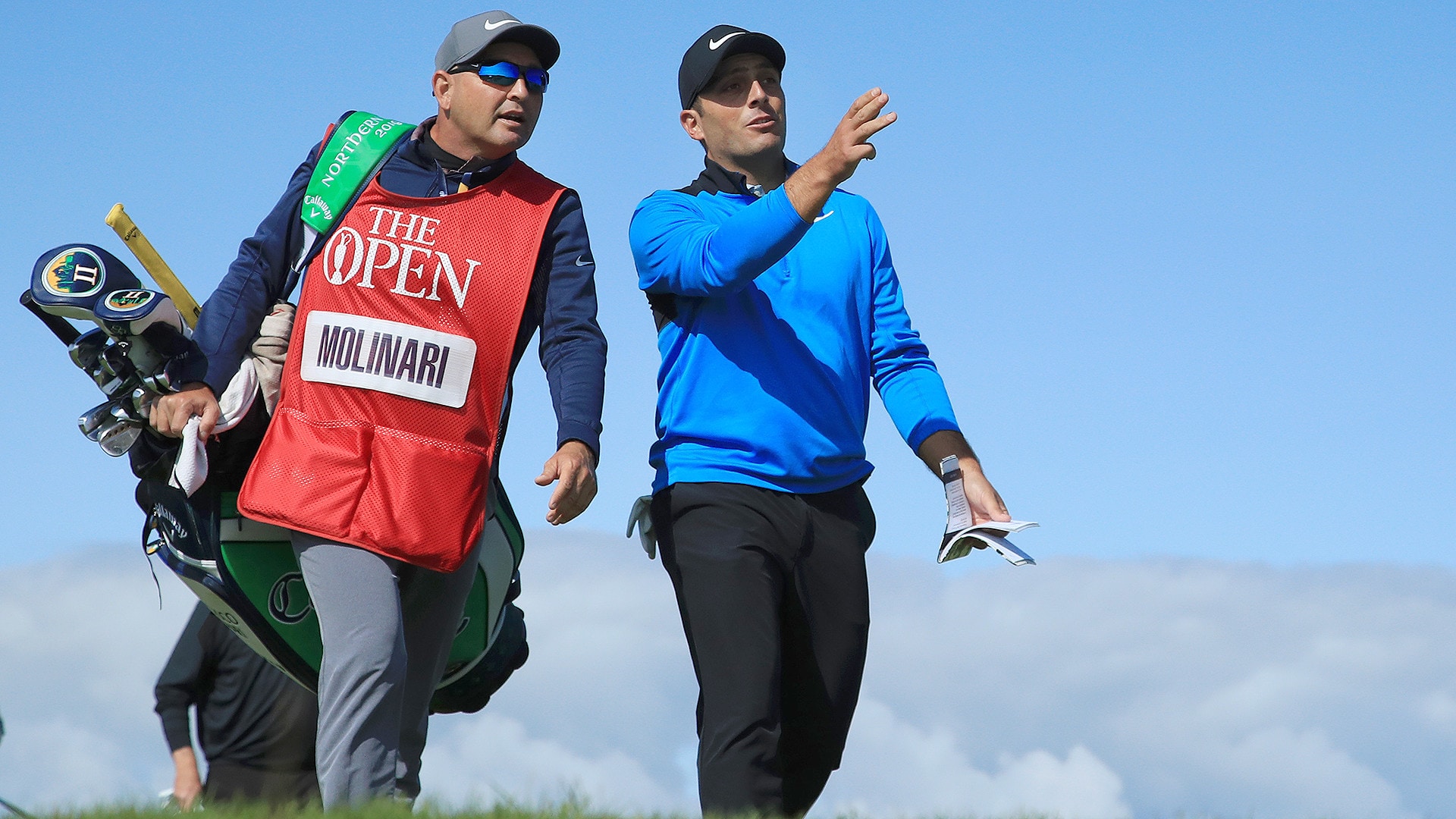 PORTRUSH, Northern Ireland – No one knows the pressure felt by Rory McIlroy at this week’s Open Championship. Not countryman Darren Clarke. Not countryman Graeme McDowell. Not defending champion Francesco Molinari.

Molinari doesn’t pretend to have been under the same weight of expectation as McIlroy, who was playing in a home major, but he shouldered a self-imposed load that has buried him near the bottom of the leaderboard through his three rounds at Royal Portrush.

“I guess the outside pressure is always there in majors. What I probably would do different is my expectations [of] myself. I put too much pressure on me, especially the first day. But it's understandable,” he said.

“It's not easy, obviously, especially [defending a major for] the first time and having played well in other majors this year, obviously you come in with the high expectations.”

Molinari began his defense with a 3-over 74 and survived the cut line by shooting 2-under 69 on Friday. Saturday was a routine, 1-over 72. At 2 over par for the championship, he was 10 shots back as the leaders were teeing off in Round 3.

“I was probably feeling one-tenth of what Rory was feeling, if not less. But, yeah, it's not easy,” Molinari said.

“Like I said, I guess he had very high expectations for this week and obviously you don't want to disappoint the crowd and all of that. I have experiences playing the Italian Open, and that's already a lot of pressure and expectations to play in a major at home on your own course pretty much. Is unthinkable really for me.”

Molinari nearly added to his major collection at this year’s Masters, but his dream of a green jacket was rinsed in Rae’s Creek on the par-3 12th hole in the final round. He tied for fifth. He then tied for 48th at the PGA Championship and tied for 16th at the U.S. Open.

While he can’t capture major No. 2, good friend Tommy Fleetwood is in position for his first.

Fleetwood, with whom Molinari partnered in last year’s Ryder Cup to a 4-0 record, began the third round one shot off the lead.

“Well, it would make a good story for you guys to have the two of us, one next to each other, on the claret jug. Yeah, he's a friend and I'll cheer him on and hopefully he can get it done,” Molinari said.

“If it's not this week, I think it's coming pretty soon.” 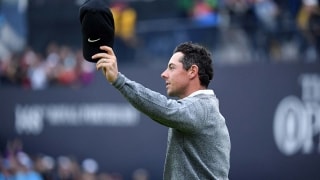 As for McIlroy, Molinari believes what he endured this week will benefit him down the road. McIlroy opened with a shocking 8-over 79 but nearly made the cut with a second-round 65.

“What he did yesterday, he showed how much class he has as a player and as a person. It would have been very easy to just show up and go through the motions, but he fought hard until the last,” Molinari said.

“I'm sure down the line he'll realize he had gained a lot from yesterday, more than what he lost on Thursday.”