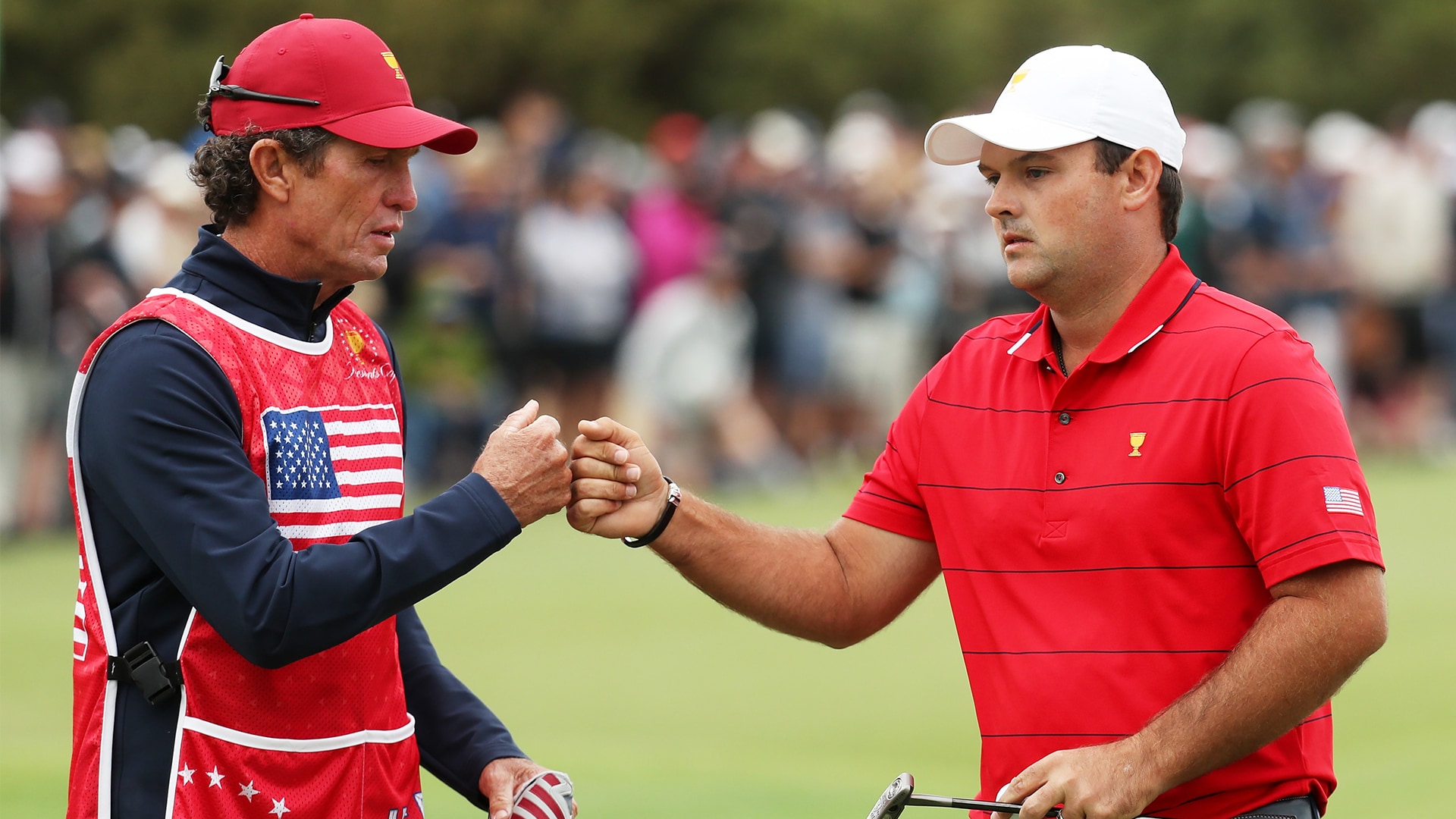 MELBOURNE, Australia – Without his regular caddie, who was suspended for Sunday’s singles match by the PGA Tour because of an incident involving a fan, Patrick Reed finally played like Patrick Reed at the Presidents Cup.

Reed won five of his first six holes and cruised to a 4-and-2 victory over C.T. Pan to aid the U.S. team’s Sunday charge at Royal Melbourne.

“[Regular caddie Kessler Karain] was definitely missed but at the same time [swing coach Kevin Kirk] has been out there with us during practice rounds,” said Reed, who went 1-3-0. “He knew kind of what to do and how to handle different situations, just kind of like Kessler. He's even keeled, so it's easy to go out there and play golf.”

Karain was suspended by the Tour after he pushed a fan who had yelled at Reed, “you f***ing suck,” following Saturday’s morning fourball matches.

It was all part of a difficult week for Reed, who was heckled at Royal Melbourne following a rules incident last week at the Hero World Challenge. Asked what he would have done differently, however, Reed deferred to his play.

“[Webb Simpson] and I would have won our first three points,” he said. “We played solid golf the first two days. Unfortunately, they played a little better. The biggest thing we would have done differently is obviously gone out and won our points early to help the team out.”