Spieth: ‘Couple of tough breaks’ for USGA in recent years 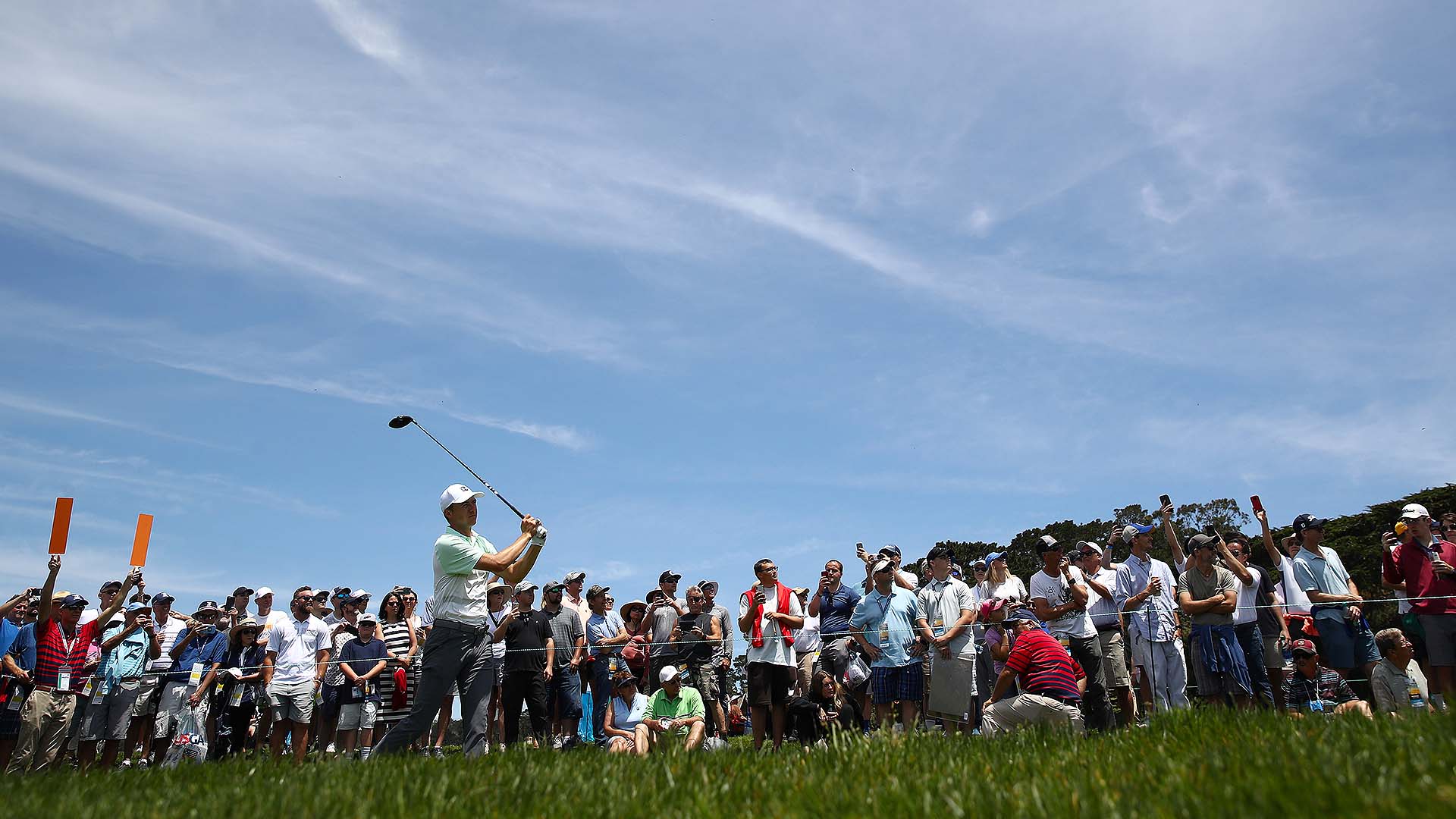 PEBBLE BEACH, Calif. – In light of several perceived missteps with recent U.S. Open course setups, the USGA’s relationship with some of golf’s biggest names has hit a bit of a rough patch.

Whether it was the bumpy greens of Chambers Bay in 2015, the Dustin Johnson rules fiasco in 2016, the record-low numbers at Erin Hills in 2017 or last year’s greens at Shinnecock Hills that frustrated Phil Mickelson to the point he purposely hit a moving ball, the game's governing body has taken plenty of heat in the wake of the national championship.

“I think there's been a couple of tough breaks that the USGA – there's been a couple of tough breaks. I think overall we're going to see certainly a trend going forward of some fantastic championships, I have no doubt," Spieth said. “I think recent history was just kind of a bit unlucky, one golf course played a lot easier. You had a rules thing and some greens that ended up not the way that they were supposed to be going in.”

Spieth, who won the 2015 U.S. Open at Chambers Bay, maintained that if the goal of the event is to crown the best player at week's end, then the USGA accomplished their mission.

“I think big picture you still had the right champions every single time. And that's what you want to do in majors, you want to separate who is playing the best from who's not," he said. "And I don't see how that's not had the right result in any of the previous years, even though certainly everything could have gone a hundred percent perfectly and it didn't, necessarily.”

This year's return to Pebble Beach has Spieth excited for future U.S. Opens, which will return to familiar spots Winged Foot in 2020, Torrey Pines South Course in 2021 and The Country Club in 2022.

Spieth tees off at Pebble Beach, where he won the AT&T Pebble Beach Pro-Am in 2017, on Thursday at 5:09 p.m. ET in search of his fourth major title.