Woods turns to Killen for help putting on Poa greens 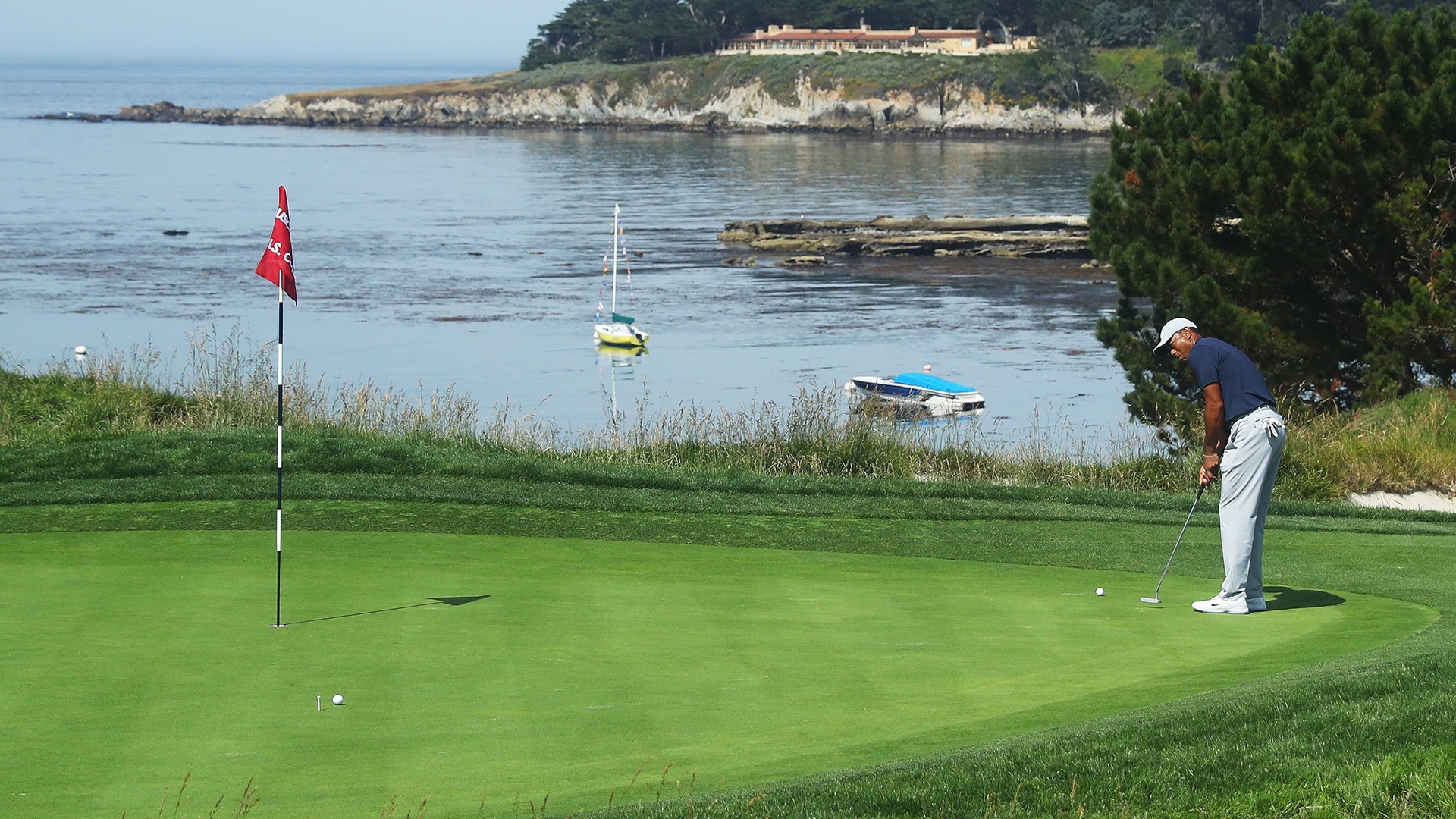 PEBBLE BEACH, Calif. – The switch back to Poa annua greens for this week’s U.S. Open at Pebble Beach can cause some extra stress for the best players in the world – even the reigning Masters champ who authored the most dominating performance ever here 19 years ago.

Tiger Woods had no problem holing putts on the fickle surfaces during his 15-shot win here in 2000, and he’s plenty familiar with their bumpy and inconsistent nature having won eight times on similar surfaces at Torrey Pines. But even a player of his experience knows that Poa greens must be approached with caution, especially late in the day.

“It doesn’t take much to get off-line on Poa,” Woods said. “The trick to putting on Poa is to make sure they’re always below the hole. If you’re putting downhill, it’s a Plinko effect, you’re going to go every which way. The key is to be below the hole where you can take low lines and try and take the bumpiness out of play.”

To help on that front, Woods has again enlisted the help of putting coach Matt Killen, with whom Woods was first seen working in March at The Players. Killen and Woods were together again Tuesday on the putting green, as Woods sought to refine his stroke on a day when he focused entirely on the practice facility without stepping foot on the course itself.

“Yeah, Matt’s taking a look at my stroke,” Woods said. “Putting on Poa is very different than putting on bent (grass). And so just trying to make sure that I’m rolling the ball like I need to for Poa.”

Woods’ putting has actually been a relative weak spot during a season in which he won his first major in 11 years. He currently ranks 73rd on Tour this season in strokes gained: putting, down from 48th last year when he won the Tour Championship and finished runner-up at the PGA Championship.