TT Postscript: Tiger (71) fights Pebble and his body to a draw 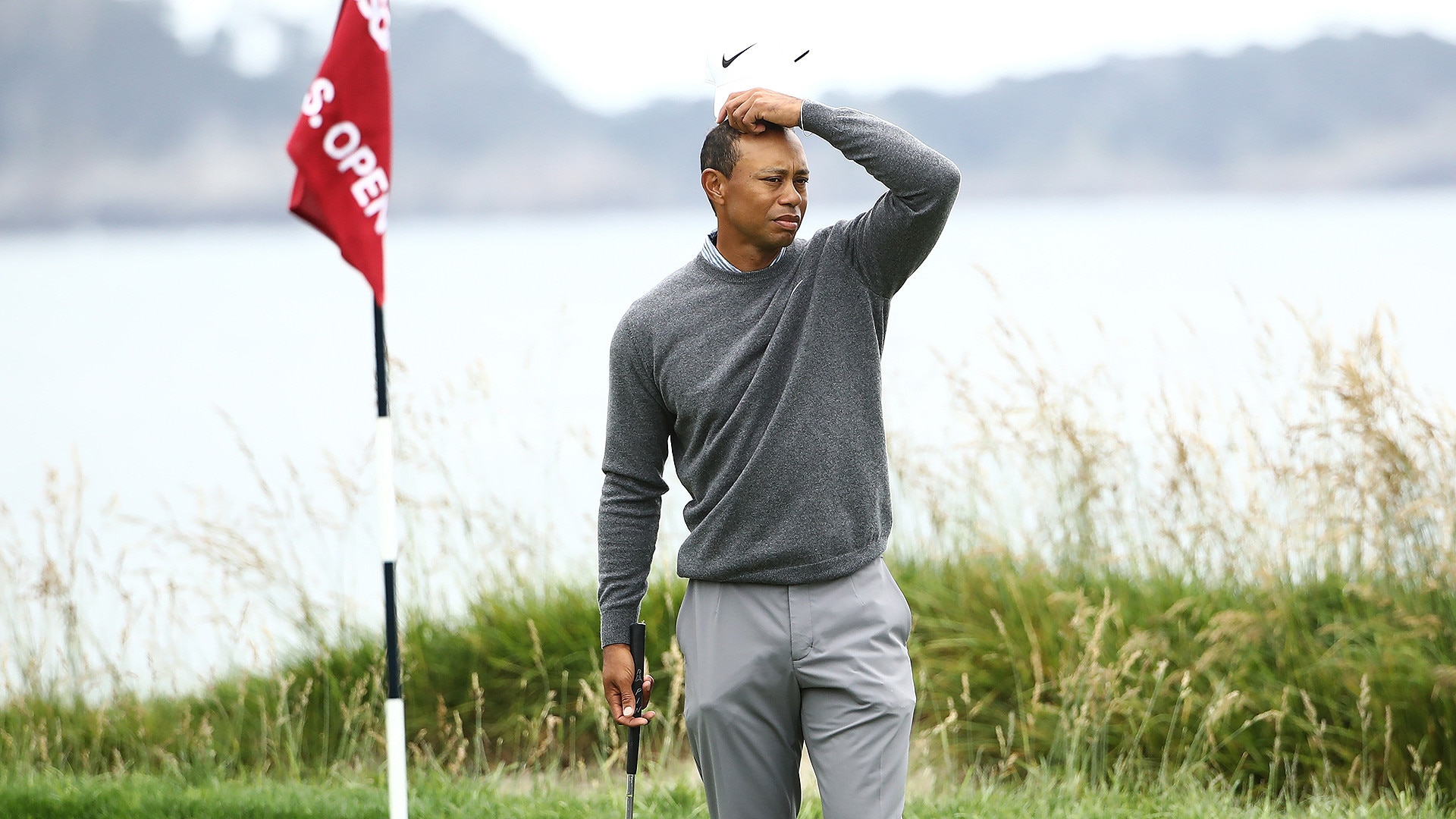 PEBBLE BEACH, Calif. – Tiger Woods fought Pebble Beach and his body to a draw Saturday, with a five-birdie, five-bogey 71. It was an admirable effort, but we can all skip ahead to Royal Portrush. Wrapping up Tiger’s U.S. Open with 18 left to play:

• Go ahead and put a bow on it. He was going to need something seriously special to get back in this tournament. Two bogeys in his first three holes turned Saturday into little more than a long walk.

• I give him credit. It was cold out. He had kinesiology tape on his neck again. He clearly didn’t have it. And he never lost focus for five hours. He could have packed it in. He could have gotten pissed off and started taking chances. Instead, he scraped it around and birdied two of his last three holes to end the day where he started it: even par. It was a classic Tiger round, just not one of his classics.

• Speaking of that tape, a bad back doesn’t sound like a lot of fun: “When it's cold like this everything is achy. It's just part of the deal,” he said. “The forces have to go somewhere. And if they're not in the lower back, they're in the neck, and if not, they're in the mid-back, and if not, they go to the knee. You name it. ... Let me put it this way, I feel every shot I hit. I think that's always going to be the case from here going forward.”

• The aches were evident in his iron play. A few lasers but more than a few approaches left short. He found only 11 of 18 greens. He looked like a guy who was cold and a little stiff, which apparently he was.

• The putts he made at Nos. 5 and 16 were very golf-y. He’s missed a half-dozen birdie looks from inside 10 feet the last two days, but he gets a couple 25-footers to go. “Today, I made one putt at 16 which was just trying to keep the ball on the green,” he said.

• You have to think Tiger and the cold just aren’t going to mix anymore. The guy was sweating through a half-dozen shirts a round last summer but partial dehydration seems better for his body than a marine layer.

• Let’s end on a lighter note: