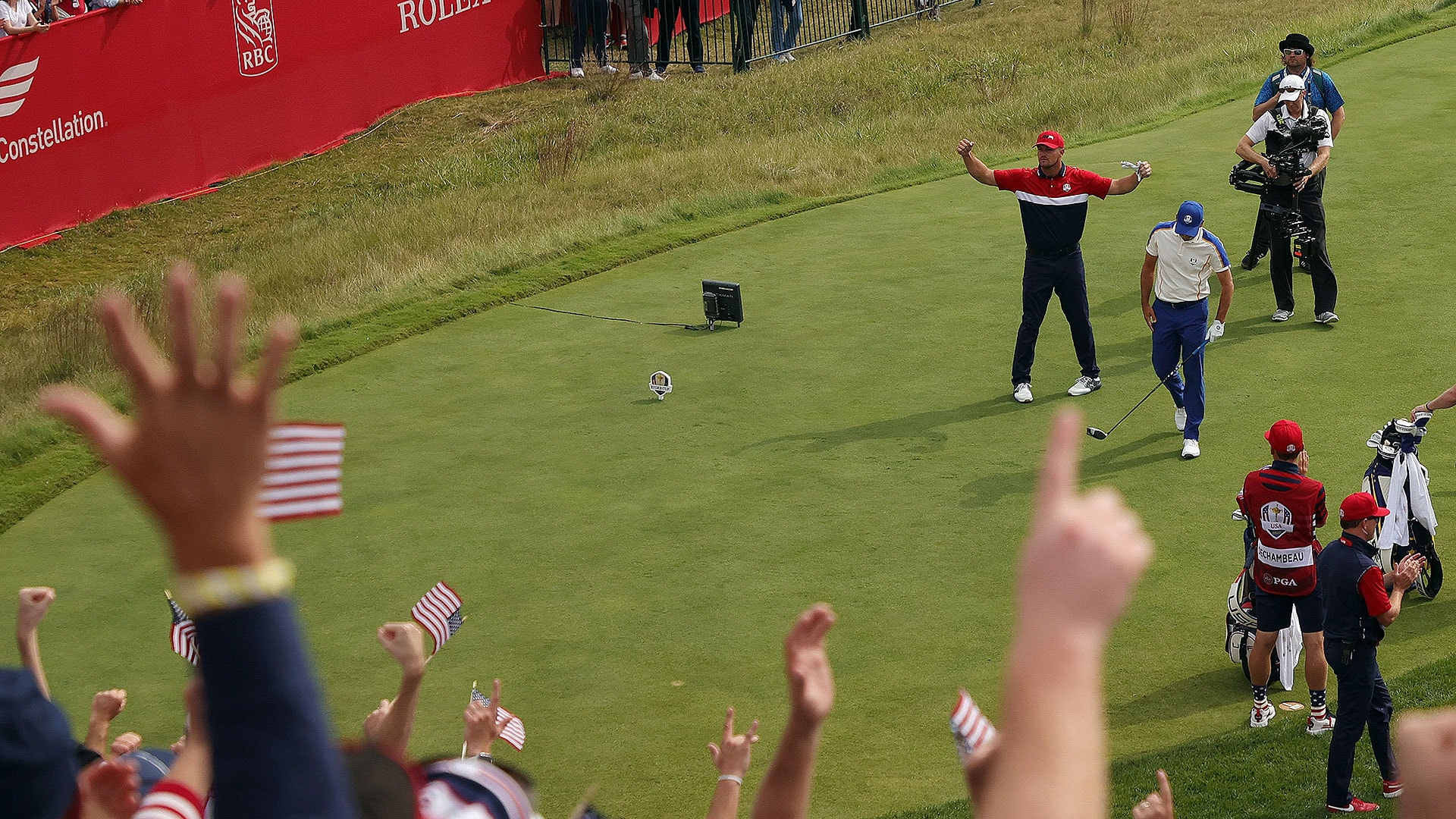 Bryson DeChambeau had likely been waiting for this moment all week, and on Sunday he finally accomplished the feat of driving the first green at Whistling Straits.

Teeing off in the fourth Ryder Cup singles match opposite Europe's Sergio Garcia, the biennial matches' all-time points earner, DeChambeau unloaded on a drive at the 373-yard, par-4 hole. He flew it onto the putting surface, his tee ball traveling some 354 yards in total before ending up just 41 feet away from the cup.

It was the first time anyone had driven the first green all week, and he rolled in the eagle putt to become not just the first player this week to open a match with eagle but reportedly the first in Ryder Cup history to do so.

DeChambeau, who drew headlines – and some criticism – for intense speed training in the lead-up to these matches, hit a 417-yard drive downwind on the fifth hole on Friday and has yet to lose a match, going 1-0-1.