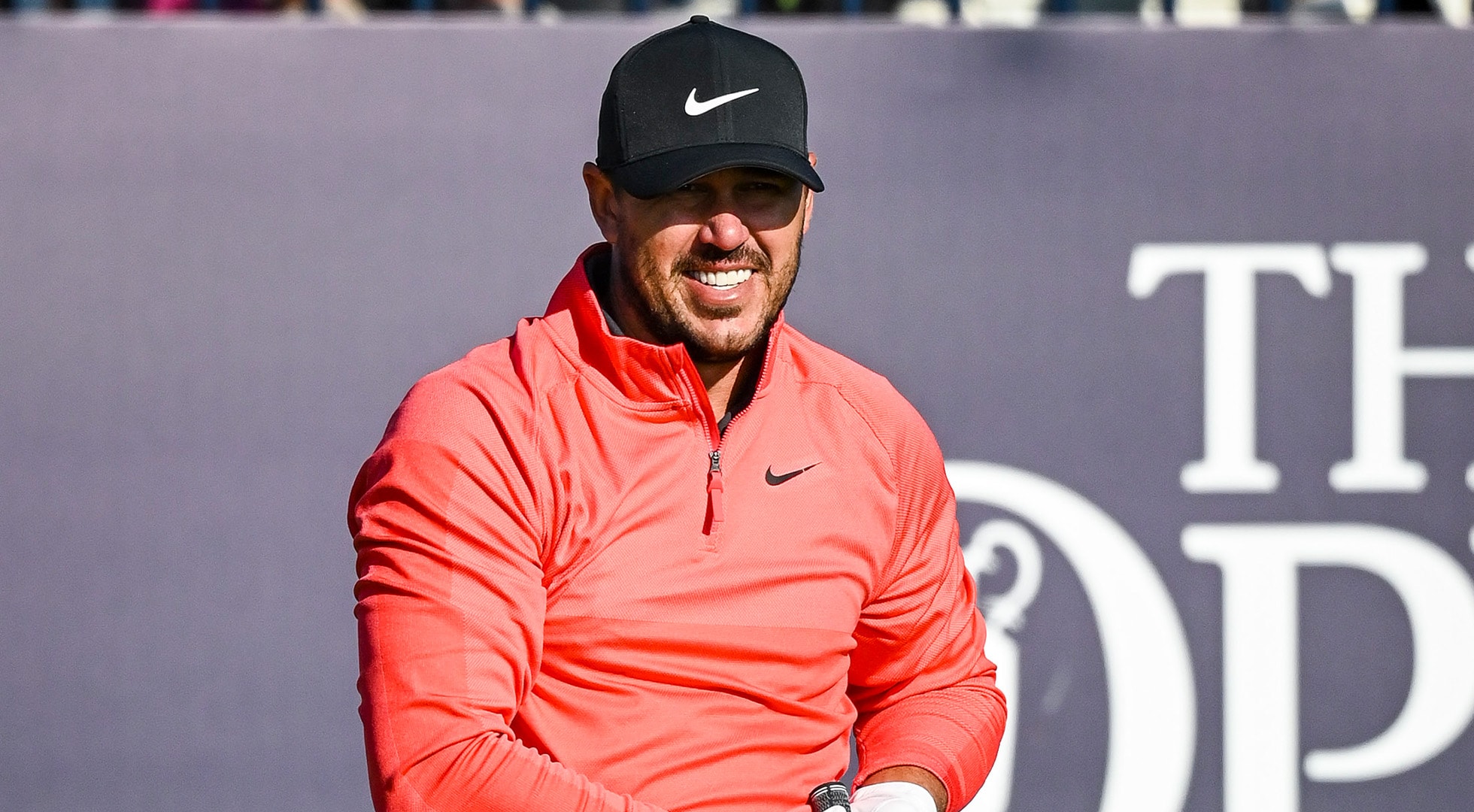 Brooks Koepka saved one of his best shots Friday for the post-round interview.

“Drove the ball great,” he told Golf Channel’s Todd Lewis following a second-round 65 at The Open. “Love my driver.”

Never mind that he hit only six of 14 fairways, it was a well-timed jab at one of Koepka's frequent targets, Bryson DeChambeau, who had stirred up even more controversy a day earlier when he complained about his driver.

Koepka had plenty of reasons to be cheeky after the round, following a Friday 65 that put him on the fringes of contention heading into the weekend.

Nine shots off the lead at one point, Koepka battled back from a double bogey with seven birdies (including three in a row to close) to creep just outside the top 10, six shots off Louis Oosthuizen’s lead.

“I would like to be closer,” Koepka said. “I’ve got to go out and play a good round. I need that, try to be within two or three of the lead going into Sunday. So I need to make a move, and I’ve got to do it tomorrow.”