From 66 to 75, Koepka drops down the leaderboard in Abu Dhabi 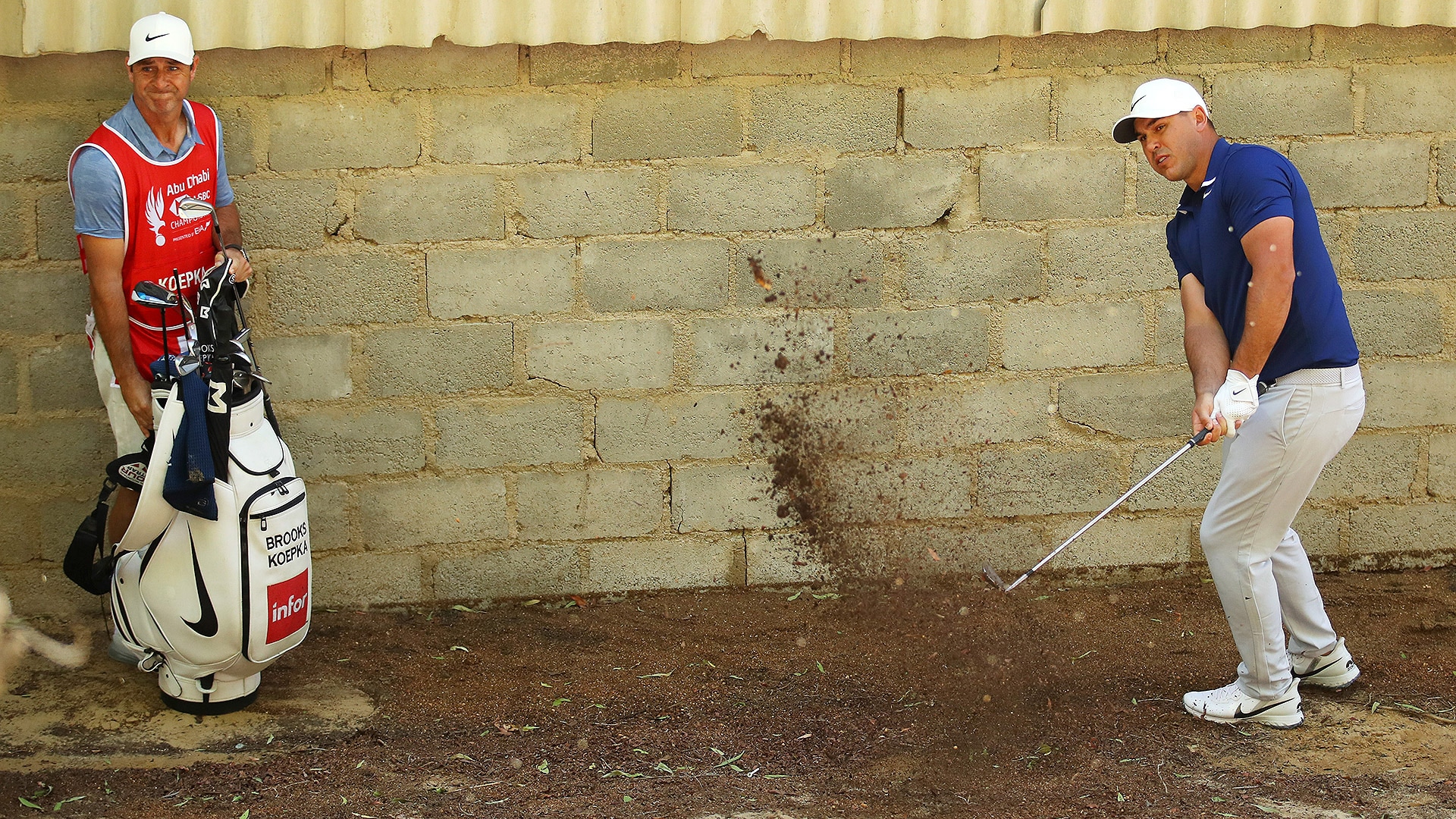 While the Abu Dhabi HSBC Championship is filled with recognizable names atop its leaderboard, the most notable dropped a few rungs on Day 2.

World No. 1 Brooks Koepka shot 3-over 75 on Friday at Abu Dhabi Golf Club. He began the round tied for third place, two off the lead. He finished it outside the top 30 and seven shots back.

Playing competitively for the first time since re-tearing the patella tendon in his left knee in October, Koepka opened the tournament with six birdies and no bogeys in a 6-under 66.

Koepka started the second round with back-to-back birdies to reach 8 under, but bogeyed the par-4 third and made double bogey at the par-4 fifth. He canceled out two more birdies with another bogey-double combo.

With a chance to salvage his round at the par-5 18th, Koepka blew his 3-wood approach shot well right of the green. His third shot rolled back into a greenside bunker and he failed to get up and down. It was Koepka's fourth 6 on his Friday card.

"Just timing was a bit off. Didn't hit that many good shots the last 15 holes. Good on the first two but other than that, it was a bit of a disaster," Koepka said after his round. "Going to go to the range and just figure it out, just a little bit of time."

Bryson DeChambeau missed the cut after failing to make a second-round birdie and shooting 5-over 77.