Adam Hadwin commits penalty, and microphone picks up every second 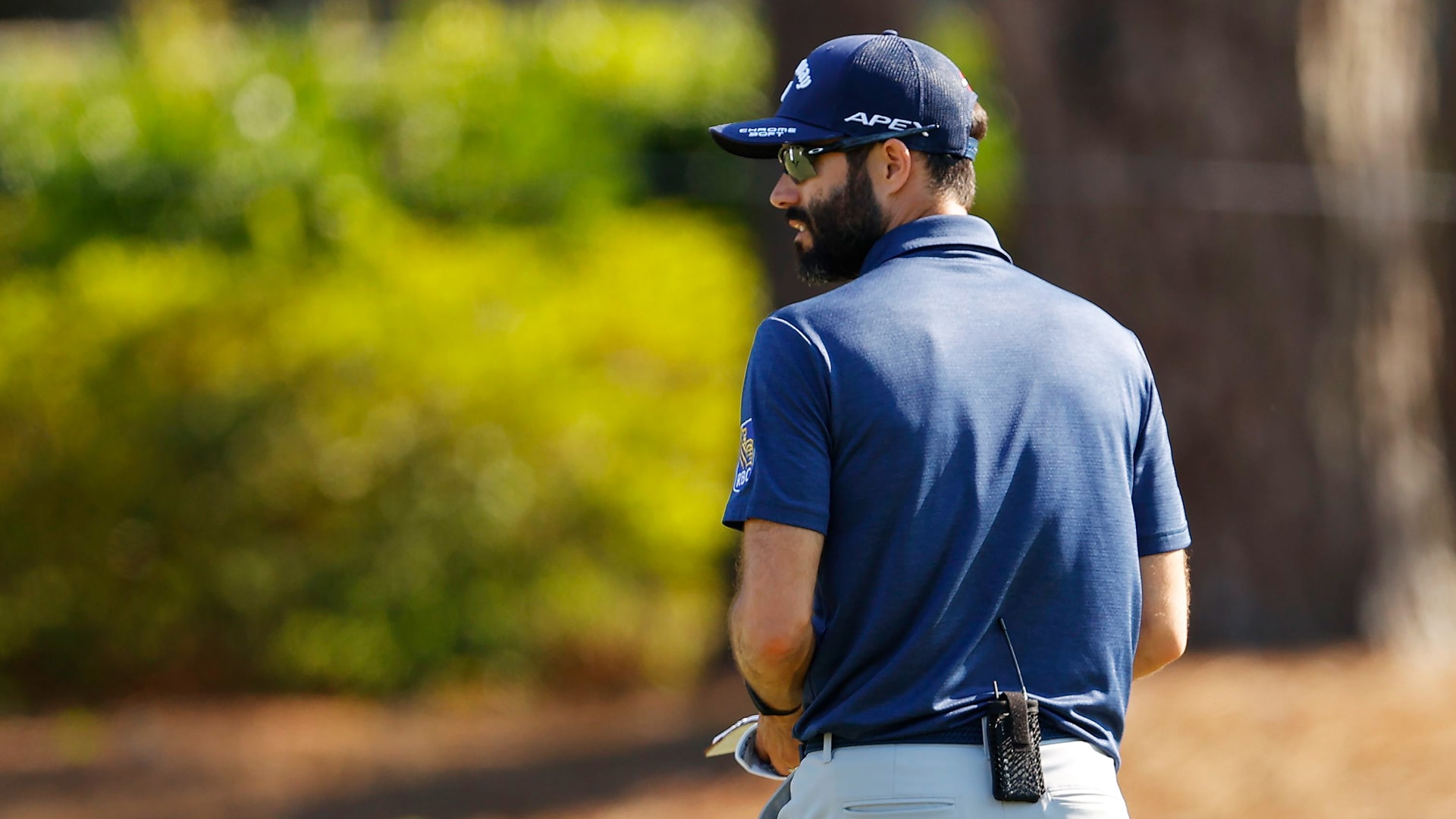 Despite no fans being allowed this week at Harbour Town, television viewers watched – and listened – Thursday as a rules infraction played out before their eyes.

Adam Hadwin, who agreed to wear a microphone for the first round of the RBC Heritage, had just hit his tee shot in the left fairway bunker at the par-4 13th hole and was removing some rocks from behind his ball when disaster struck.

After taking away one rock, which is considered a loose impediment and can legally be removed, Hadwin went to grab a second rock – but it wasn’t a rock, it was a ball of sand that quickly crumbled between his fingers.

“Uh oh, I’m pretty sure that’s a penalty, what I just did there,” Hadwin said aloud, his mic picking it up.

After calling in PGA Tour rules official Mark Dusbabek, Hadwin explained: “I removed a rock and then I went to remove what I thought was another rock, and as I grabbed said rock, it crumbled because it was actually sand. I mean, it looked like a rock to me that’s why I was trying to move it. It was right behind the ball, so I went to grab it and it kind of just disintegrated in my hand.

Hadwin was correct, as he was deemed to have violated Rule 8.1a(4), which prohibits players from removing or pressing down sand or loose soil in order to improve the conditions affecting the stroke. He was slapped with a two-shot penalty and went on to make double bogey on the hole and card an opening 1-over 72.

For those wondering, this was the same penalty that Patrick Reed violated at the Hero World Challenge last December when he twice swiped away sand from behind his ball. Reed was accused of intentionally improving his lie, a claim that he denied.

As for Hadwin, the moment appears more favorably, as the mic helped show Hadwin's willingness to call a penalty on himself – rather than waiting for cameras to catch it – before bringing the television audience inside the ropes for the rules discussion. The mic also picked up a hilarious final exchange between Hadwin and the official.

“Screw you, but thanks,” Hadwin quipped as Dusbabek walked away. 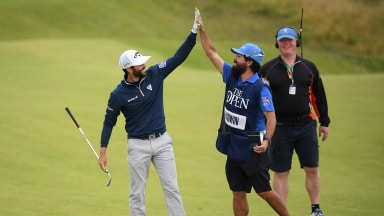 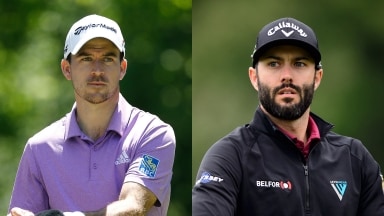 Nick Taylor and Adam Hadwin are both off to strong starts as they look to become the first Canadian to win in Canada since Pat Fletcher in 1954.