Against doctor's wishes, '80%' Bryson DeChambeau back and looking for solace 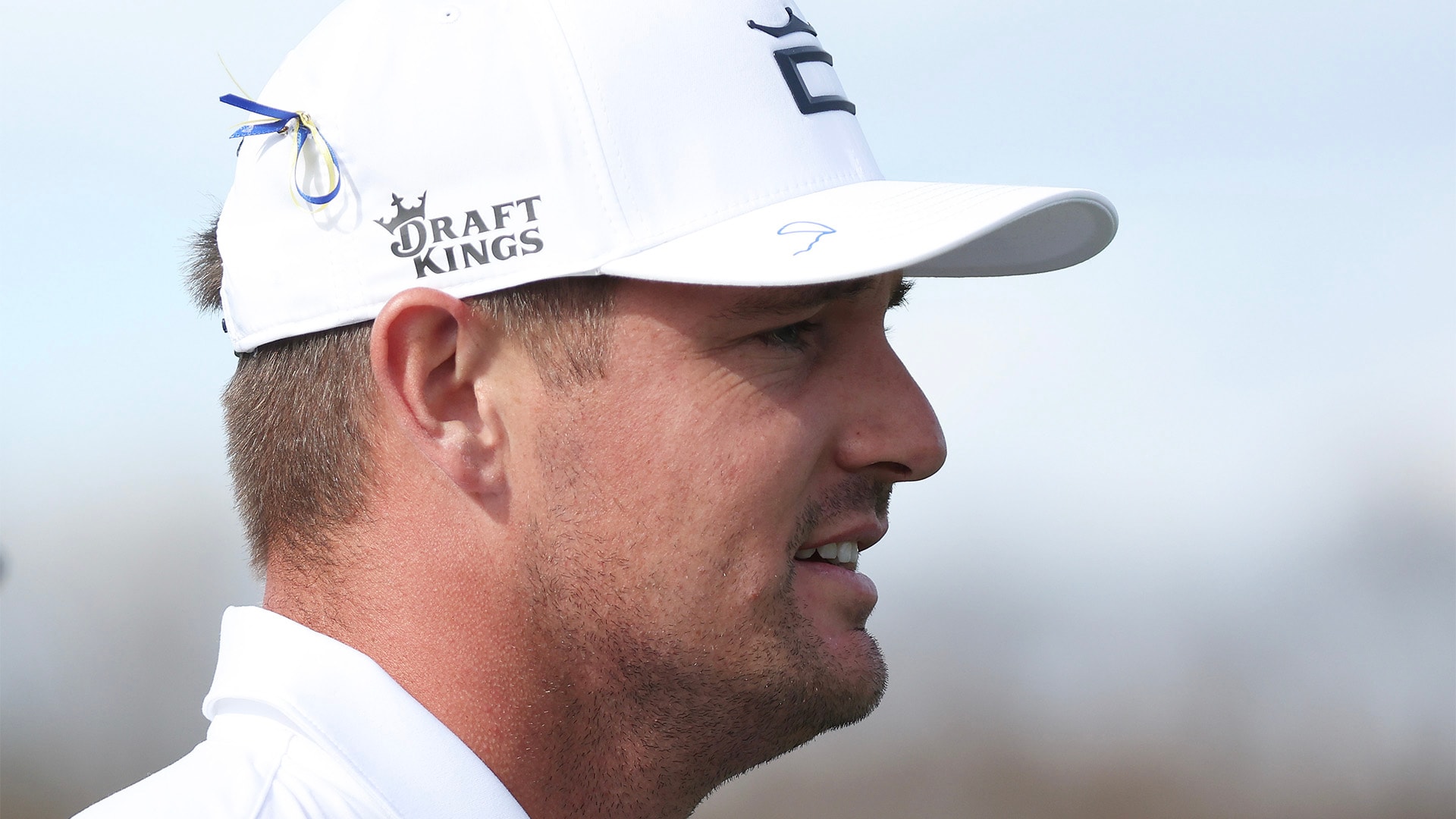 AUGUSTA, Ga. – Bryson DeChambeau is once again in his happy place. He’s in the tournament practice area, the perfect playground for the gifted grownup golfers. He’s alongside his swing coach, with a couple bags of balls, with all of his gadgets nearby. He’s wailing on driver over here; chipping, pitching and putting over there. Under blue skies and a warm sun, he’s been doing it for hours, content as ever, striving to solve the game’s little mysteries.

But this? No, this isn’t Bryson’s idea of fun. It’s 4 p.m., after a long work day, and he’s taking a seat in the cavernous interview room in the press building at Augusta National. He’s mostly been stiff-arming scribes since last summer. From his injuries to his allegiances, oh, there has been plenty to discuss over the past six months, but answers – real, in-depth answers, not taped social-media explanations – have been in short supply.

But DeChambeau took to the mic Monday at the Masters, speaking openly and comprehensively about what has been a typically turbulent stretch.

DeChambeau has been dealing with two injuries, both brought on by his frenetic practice regimen: a fractured hamate bone in his left hand and a minor labrum tear in his left hip. The latter has been bothering him for two years, since he slipped on concrete while training with ball speeds in the 200-mph range. But it didn’t become a full-blown problem until two months ago, when he was playing table tennis in Saudi Arabia with Joaquin Niemann and Sergio Garcia, reached for a shot on the marble floor, and “Charlie Brown’d myself and went horizontal.”

“That really just took me out,” he said.

His hand is a more serious concern.

Last fall, a week before his much-hyped charity match with Brooks Koepka, DeChambeau said something in his hand “popped” while hitting balls. That scare didn’t deter him – it rarely does – and he began the new year with an intense stretch of driver testing, trying to push his gains to the max. By the time he teed it up at Torrey Pines in January, he could barely grip the club. A week later, he withdrew from the Saudi event (where he was receiving a hefty appearance fee), batted away online criticism that these training injuries were inevitable, and listened to professional advice that he needed to shut it down for four months – through the heart of the major season – to allow the hairline fracture in his hand to fully heal.

For six weeks DeChambeau didn’t swing a club, filling his days creating YouTube videos, working on his new Dallas-area compound and doing Instagram giveaways. He missed his title defense at Bay Hill. He couldn’t play the Tour’s flagship event at TPC Sawgrass, The Players Championship. The Masters appeared in doubt, too.

“But you know me, guys, I always like going against the grain a bit,” he said with a cheeky grin. So he started again, working his way, slowly, into playing shape. 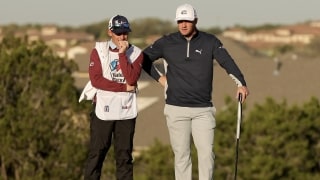 As his many critics pounced, DeChambeau and his team looked to craft a cleaner, more efficient path forward.

His transformation started nearly two years ago by getting stronger without injuring himself.

It evolved into swinging faster without injuring himself.

And then the end goal has always been to hit it straighter, faster, without injuring himself.

“I knew this was going to be a long process,” he said.

That third phase appears to be months away, if not longer.

DeChambeau said he defied the wishes of his doctor when he decided to sign up for the WGC-Match Play. At the time he had been hitting driver for less than a week, and clearly not at the ferocity he’d been used to over the past two years.

“It was a huge risk for me,” he said, but he’s been comforted by the fact that he hasn’t reported any physical setbacks. Still, his performances have offered little reason for optimism. His early exit at the Match Play and missed cut at the Texas Open weren’t just marked by competitive rust. Trying to rein in his insane speed (to 190 mph) with a body and equipment built to redline, he appeared to be stuck between two swings and has sprayed it everywhere.

“The past few weeks have been very difficult for me,” he said. “Not playing well, not hitting it anywhere near where I know I should be hitting it, yelling ‘fore!’ off the tee every time is just not fun. It’s very difficult on your mental psyche as well.”

And now DeChambeau returns to Augusta National, a course that has taunted and teased DeChambeau (remember his “par-67” boast) and demands not just precise execution but also sound judgment.

When dialed, DeChambeau’s brawny game and Augusta’s wide corridors present an intriguing match, but this week, with his game in this shape, with his health still just “80%,” it might still be a one-sided contest.

And that’s OK, just for this weird and frustrating year. His swing coach, Chris Como, had advised DeChambeau against rushing back too soon, but he didn’t want to hear it.

So he’s back in his happy place, hoping to find solace.