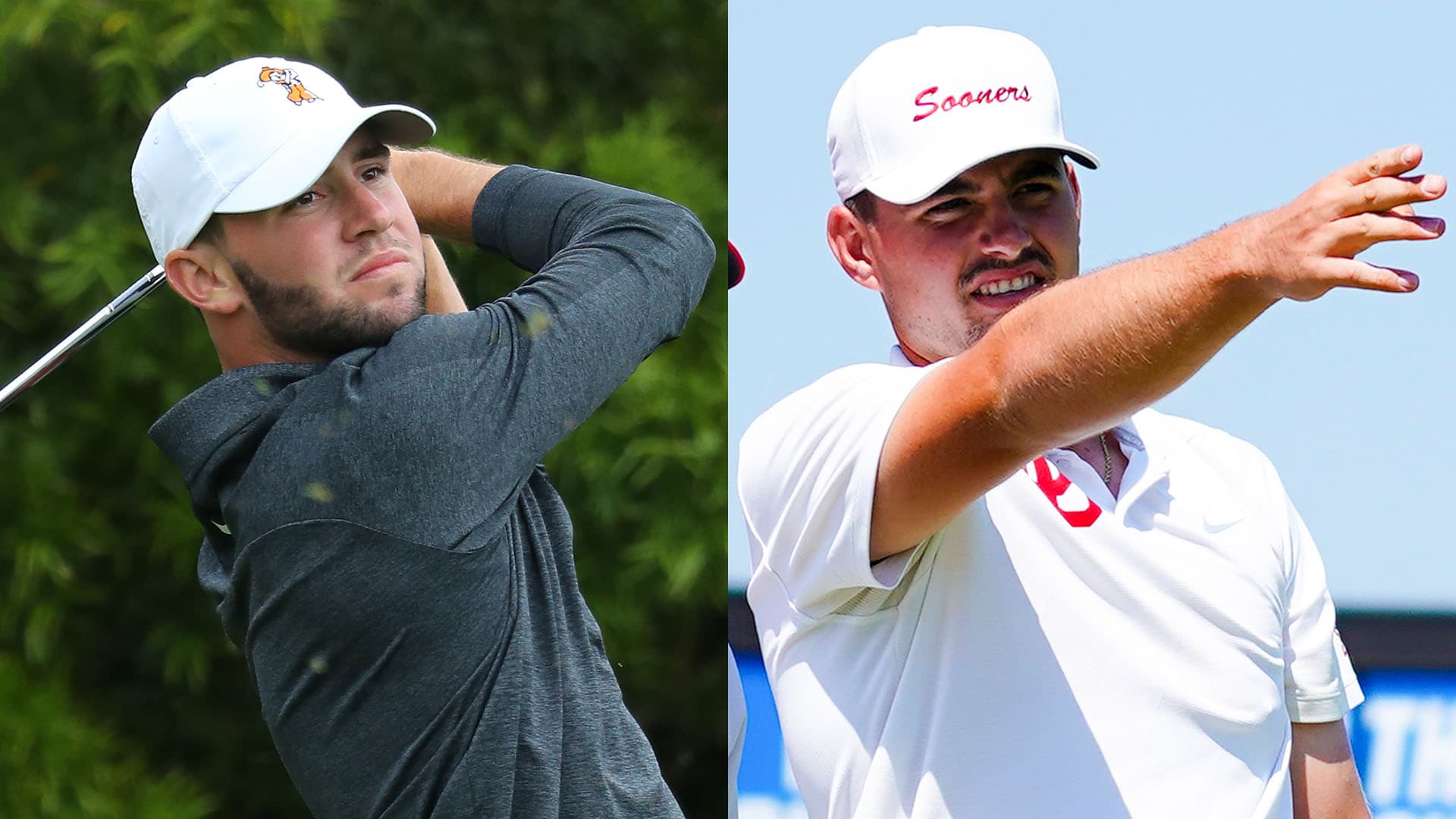 In a field full of professionals, including a handful of PGA and Korn Ferry tour winners, two college players find themselves just two shots back after the first round of the Maridoe Samaritan Fund Invitational.

Quade Cummins, a senior at Oklahoma, started hot by birdieing five of his first 10 holes before settling for a 4-under 68, better than everyone except for leader Scottie Scheffler, who owns four top-7s on the PGA Tour this season. Oklahoma State junior Austin Eckroat missed some short putts early, but he birdied three of his final five holes to join Cummins in a share of second.

“Whenever you’re at home playing just for fun, it’s hard to stay motivated, but it was really good to get under pressure again,” Eckroat told GolfChannel.com after his round, his first competitive round since shooting 73 in the final round of the Cabo Collegiate, where he finished T-14 on March 3. “I missed those putts early and I was upset about them. That hasn’t happened in a while, and it felt really good. The competition is great, and it’s fun to get back at it; it makes you feel like you’re useful again.

“… It definitely feels good that my game is there. It’s comforting knowing that with this break I can still come back and play well.”

Baylor junior Mark Reppe (3 under), Texas freshman Travis Vick (2 under) and Baylor senior Cooper Dossey (1 over) are the other college players in the top 10 while Texas commit Tommy Morrison, just 15, is even par.

For reference, Viktor Hovland, a PGA Tour winner just a couple of months ago, shot 75.

“You could tell everybody was ready for the challenge,” said Cummins, who like Eckroat has been playing out of Oak Tree National in Edmond, Oklahoma. “It was fun getting competitive again. Sometimes it’s good to get out of your friendly game at your home course.”

Cummins and Eckroat each figured they’d currently be gearing up for their final postseason runs as college players before making the jump to professional golf. Cummins was in his final year of eligibility and had just earned Mackenzie Tour status while Eckroat was seriously considering leaving school early and joining former teammates Hovland and Matthew Wolff in the pro ranks.

But the coronavirus pandemic altered those plans. As soon as the NCAA announced it was granting eligibility relief to seniors, allowing them to return for an extra year, Cummins, a self-proclaimed “huge team guy,” jumped at the chance to run it back one more time with his teammates. The Sooners finished the shortened season ranked second in Golfstat and would be bolstered by the return of Cummins and fellow All-American Garett Reband, who is still deciding his future plans.

“I was pretty crushed when the season got canceled,” Cummins said. “At the time, we didn’t know that you’d get to come back, and knowing that you just played your last tournament a week ago and you didn’t even know it, that part was really sad, especially since our team, I don’t know if it was the best team we’ve had, but it was our highest-ranked team. It was a really fun year and it was very disappointing that we didn’t get to compete in the postseason.

“… I’m very excited that I get to go around another time.” 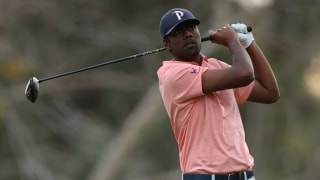 Here are the complete All-America teams for NCAA Division I men's and women's golf.

Eckroat is still undecided about what his immediate future holds, though he admits the recent events have heavily influenced him. There is much uncertainty about playing opportunities for recently turned pros for the rest of this year and returning to college could be the best bet for consistent competition.

Of course, college golf also remains very much up in the air this fall, especially if college football doesn’t put fans in the seats.

“The last couple months have been very confusing,” Eckroat said. “I was battling with the question of whether I’m coming back or not, and you know, right now I’m leaning toward coming back. I still haven’t decided, but that’s still where I’m leaning. But it’s been tough, there’s news every day and it seems like it just gets a little worse.”