Matthew Fitzpatrick preparing for Tour return under strict quarantine in the U.S. 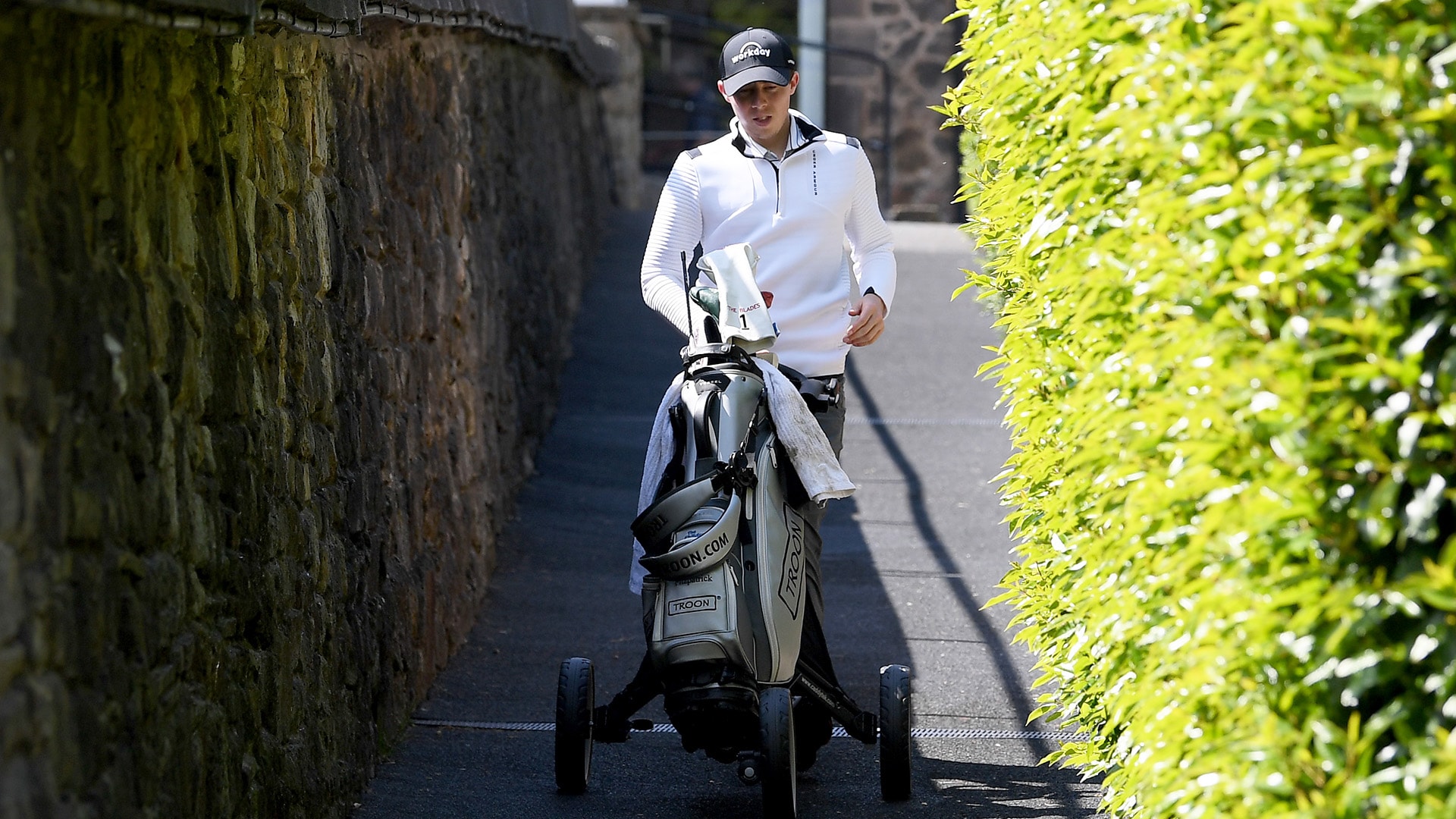 For the past few weeks the 25-year-old Englishman had worked with his management team to obtain a waiver that would allow him entrance back into the United States, a protracted process that would require the government to relax some of the travel restrictions it had implemented once the coronavirus pandemic exploded earlier this spring. But the longer they waited, the more anxious they got – the PGA Tour was scheduled to resume June 11, and the clock was ticking.

Late last week they received word that a formal announcement was being prepared. Optimistic, Fitzpatrick booked a flight from Heathrow to Miami and arranged for his father to drive him to the airport at 7 a.m. All he needed was final approval, and when he woke up May 23 – six hours before his eerily quiet, transatlantic flight – the email from the Tour was sitting in his inbox.

“It was a little bit panicky toward the end there,” he said, “and then fortunately, things changed.”

Fitzpatrick was calling Wednesday from Palm Beach, Florida, which will now serve as his home base for the next five months. A stipulation to the order that waived travel restrictions for foreign professional athletes was that those coming to the U.S. had to quarantine for 14 days. Once that two-week period expires, Fitzpatrick will head to Texas for the Charles Schwab Challenge, the first Tour event since mid-March.

This was Day 5 of quarantine, and today, oh, he had big plans. After our morning chat he had to decide whether to binge all 10 episodes of “The Last Dance” documentary or head out for a quick trip to the grocery store. For the next week and a half, he’s basically under house arrest, only without the ankle monitor.

Will Tour's testing protocols be enough upon return?

The core of the PGA Tour’s plan to return was always about testing, but it's a fine line to walk. In two weeks, at the Charles Schwab Challenge, we’ll find out if it will be enough.

“It’s a little bit kinder, I hope,” he said with a chuckle.

Though the coronavirus has upended everyday life for routine-oriented, obsessive-compulsive pros, the past few months have been particularly stressful for international players. With the virus raging throughout the United Kingdom, Fitzpatrick flew home from The Players and headed straight into two months of lockdown, unsure when he’d be able to resume his career or even see his girlfriend.

“I was pretty nervous,” he said. “You sit down and it’s hard to believe that this is going to be your life for two months. You’ve got to have some fake optimism, but eventually you have to face the music and understand this is the real deal, and that you’re going to be stuck here for a bit.”

To pass the time, Fitzpatrick played “FIFA 20” on PlayStation and plowed through seasons of “Ozark” and “Formula 1: Drive to Survive.” With his local courses closed, he set up a net in his back garden and tried to hit balls for a half hour each day, just to keep his swing grooved. “But it’s difficult to get inspired when the ball is flying two yards,” he said.

Fitzpatrick played his first casual round May 15 with his younger brother, Alex, a rising junior at Wake Forest. Hitting balls on the range beforehand, “I was thinking myself, This is surprisingly good! This is OK!” he said. Then he headed out onto the course, in sunny but windy conditions, and made the turn in 5 over par.

At least Fitzpatrick, ranked 25th in the world, had something to work toward. A few days earlier, the Tour unveiled its plan for a return, a 37-page outline for how players and the sport could safely continue in the age of the coronavirus. But complicating matters for players like Fitzpatrick were the travel restrictions in place. If he wanted to, say, play Colonial, then head back home to England, it’d actually be a five-week ordeal: 14 days of quarantine in the U.S., the one-week tournament in Texas, and then another two-week quarantine on the back-end upon returning to the U.K.

That’s why there was a time crunch to get Fitzpatrick’s visa greenlit two-plus weeks ahead of the June 11 target date. And why Tommy Fleetwood and Lee Westwood, among others, have said that it’s not feasible for them to play the upcoming Tour schedule. And why Eddie Pepperell is planning to skip the PGA Championship in early August. The Tour has already announced that players won’t lose status for the 2020-21 season, but highly personal decisions must be made.

“I completely understand where those guys are coming from,” Fitzpatrick said. “Hopefully, in time, things become a little clearer.”

Back in South Florida, where he has rented since 2017, Fitzpatrick now has a set of guidelines that he must strictly follow. For these 14 days he’s supposed to stay inside as much as possible, other than going out for essentials. He’s allowed to practice sporadically at the Bear’s Club, as he long as he stays clear of others, likely in the early mornings or late evenings. He’s been recording his temperature each morning, and he ordered a coronavirus test kit through the Tour. Someone from the Centers for Disease Control and Prevention (CDC) might come to his house, to check in on him, but he knows the importance of playing by the rules.

“I know I’m fortunate they let me back in,” he said. “I’m not going to do anything crazy.”

Two weeks of quarantine is a less-than-ideal way to ramp up for the Tour restart, of course, especially with a loaded field expected at Colonial (with 72 world-ranking points awarded to the winner, it’s the strongest tournament of the season to date). But Fitzpatrick isn’t concerned about his own preparedness. “I’m going to go there with zero expectations, and I might play better – that tends to be how golf works sometimes,” he said. “It’s about trying to do the best I can, and I don’t want to miss the chance to play golf again.”

Social distancing won’t be his only change inside the ropes, either. Fitzpatrick’s highly regarded caddie, Billy Foster, will remain in the U.K., so he’ll have Cayce Kerr on the bag for at least the next month, and perhaps longer. Planning to play the first three events (Colonial, Heritage, Travelers), Fitzpatrick expects that he’ll use the designated host hotel at each site, as well as the Tour charter flight. He’s not stubborn. He’ll listen to the experts’ recommendations.

“There’s definitely some doubt heading into this, and in my opinion, that’s only natural,” he said. “It’s a complete unknown. But as long as we follow what’s being advised, I don’t see why things should be a problem, really.”

Until then, as instructed, he’s hunkering down.