Koepka begins year with opening 66; two back in Abu Dhabi 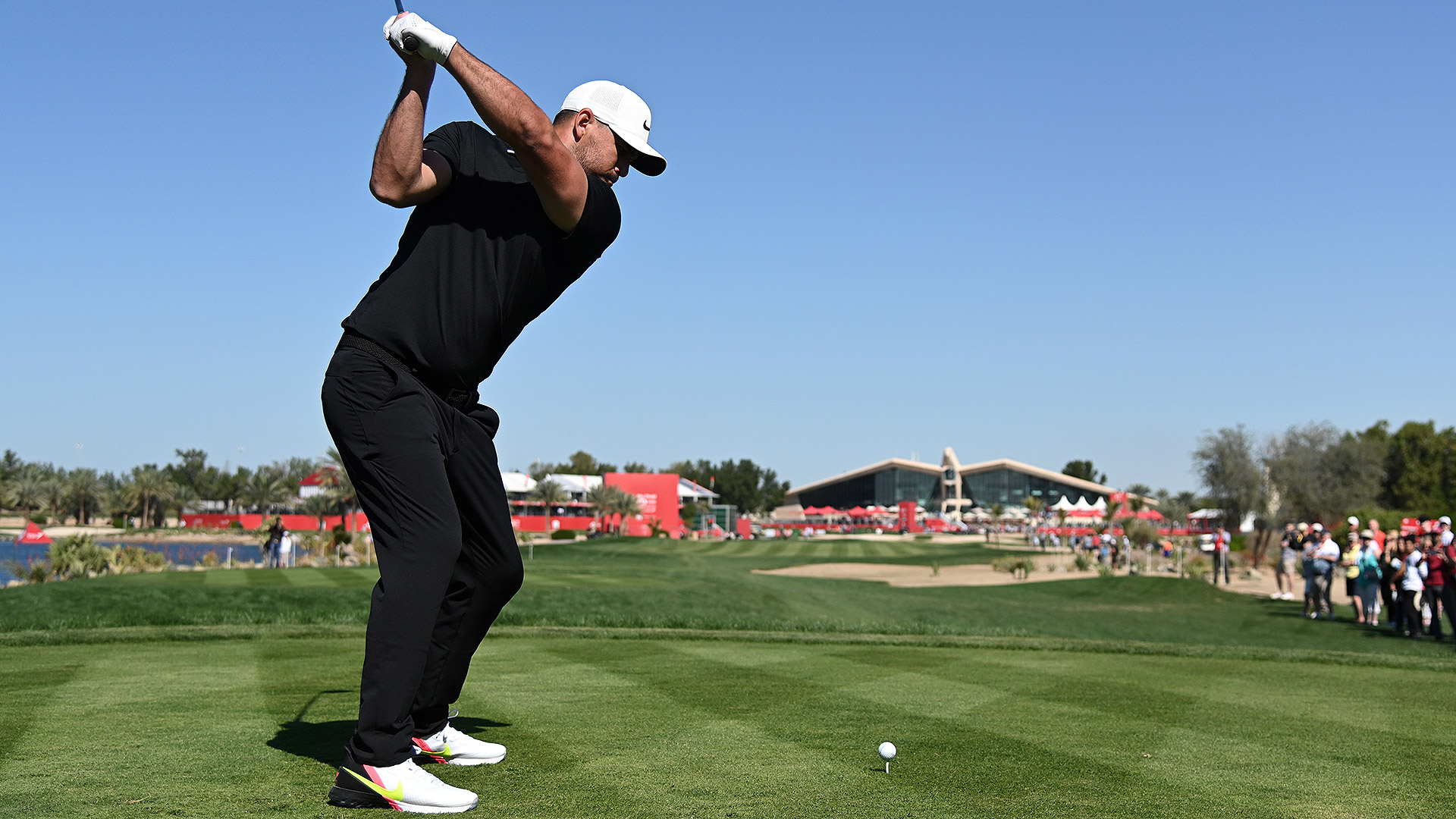 Playing his first event since October, the world No. 1 shot 6-under 66 and is two shots off the 18-hole lead at Abu Dhabi Golf Club.

"It feels good to be back,"Koepka said after his round. "I drove it really well. Controlled the ball flight, controlled distances really well, and that's what you gotta to do out here."

Plagued by a bad knee last year, Koepka had stem cell treatment following the Tour Championship in August. He returned to competition two months later at the CJ Cup only to re-injure his patella tendon while slipping on concrete.

"In Korea I re-tore it, and the kneecap had moved into the fat pad," Koepka said prior to the start of this week’s event. "That's excruciating. It's a lot of pain. It's not fun."

His return to competition, however, was quite enjoyable. Beginning on the back nine, Koepka birdied his first hole of the year, the par-5 10th. He then tallied three more over the final four holes of his outward half, including a chip-in at No. 17, to turn in 4-under 32.

Koepka added two more birdies on Nos. 2 and 3 to reach 6 under par through 12 holes. He then parred his final six holes, as the day wore on, for a 66.

"Usually, in the afternoon the wind picks up, and you kind of know that going in so when you do have a morning tee time you have to take advantage of it. And I did that today," Koepka said. "Hopefully tomorrow, the wind stays down. This golf course, with the wind, can be very difficult."

And as for Koepka's knee Thursday and beyond?

"It feels fine. A little sore last night – just do some treatment on it. That's expected," Koepka said. "This is the first week I've walked 18 holes and I've done it three times already [including practice rounds]. It's a little tired."

Koepka is tied for third place, alongside Australian Jason Scrivener. Italy’s Renato Paratore and South African Shaun Norris lead the way after a pair of 8-under 64s.

Sergio Garcia, who mutually parted ways with Callaway Golf in the offseason, is at 5 under par. Last week's winner, Branden Grace, is in a group at 4 under. Tommy Fleetwood and Patrick Cantlay are part of the pack, further back at 1 under. Bryson DeChambeau shot even-par 72.