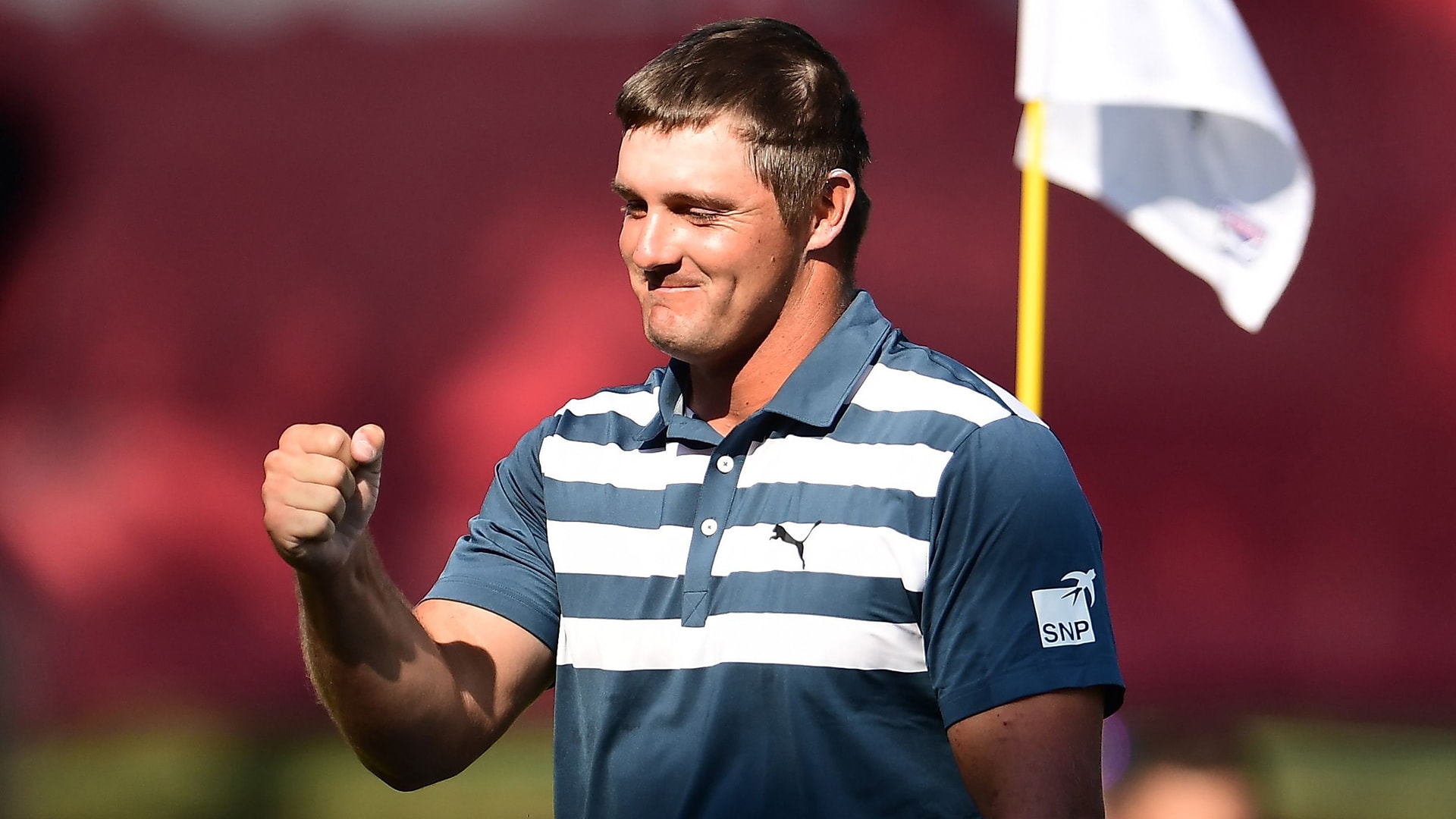 With a final-round 65, Bryson DeChambeau quickly overcame an early deficit and then ran away to win the Rocket Mortgage Classic by three over Matthew Wolff. Here’s how DeChambeau bested the field, Donald Ross and Detroit Golf Club:

What it means: This is DeChambeau’s sixth PGA Tour victory and his first in 20 months, since the 2018 Shiners Hospitals for Children Open. But the man who won nearly two years ago in Vegas doesn’t much resemble the man who stood vindicated by victory Sunday in Detroit. Ironically, it was at the Shriners last fall that DeChambeau announced his intention to get bigger and stronger, declaring at the time: “I'm going to come back next year and look like a different person.”

Up two shirt sizes who knows how many pounds, DeChambeau arrived this week at the Rocket Mortgage as the talk of the golf world, riding a streak of six consecutive top-8 finishes dating back to February and mashing driver unlike any other player on Tour. Not even his unforced error on Saturday and the accompanying backlash could derail his march back to the winner’s circle. Some nine months after announcing his master plan, DeChambeau is indeed bigger and stronger, and he appears better off for it.

How it happened: Three behind Wolff to start the final round behind, DeChambeau erased that deficit in just three holes and found himself three ahead after his fifth birdie of the day at No. 10. After seeing his lead cut to one following a trip into the rocks at 13 and a back-nine run from Wolff, DeChambeau stormed into the clubhouse with birdies at 16, 17 and 18 to close out a final-round 65, the round of the day, a three-shot victory. He is now a combined 67 under par in four starts since the Tour's restart.

Biggest disappointment: Wolff, the 54-hole leader, saw his three-shot advantage disappear in just two holes, and he trailed DeChambeau by five after playing his first 10 holes in 3 over. Unwilling to pack it in, Wolff fought back with birdies at Nos. 12, 13 15 and 17, but two key misses, for birdie at 16 and eagle at 17, cost him any chance of catching DeChambeau down the stretch. He settled for a final round of 1-under 71 with a 38-33 split.

A couple of scorecards littered with geometric shapes, Wolff made just 12 pars over the weekend, trading 15 birdies and one eagle against eight bogeys. He is now 1-for-2 as a closer in 13 months as a pro.

Shot of the day: DeChambeau's approach from 98 yards at the home hole, set up by a 367-yard drive.

Quote of the day: "I will say, for the people at home, no matter how much you want to say about me, I love everyone. ... I hope everyone just appreciates the hard work I put in."- DeChambeau