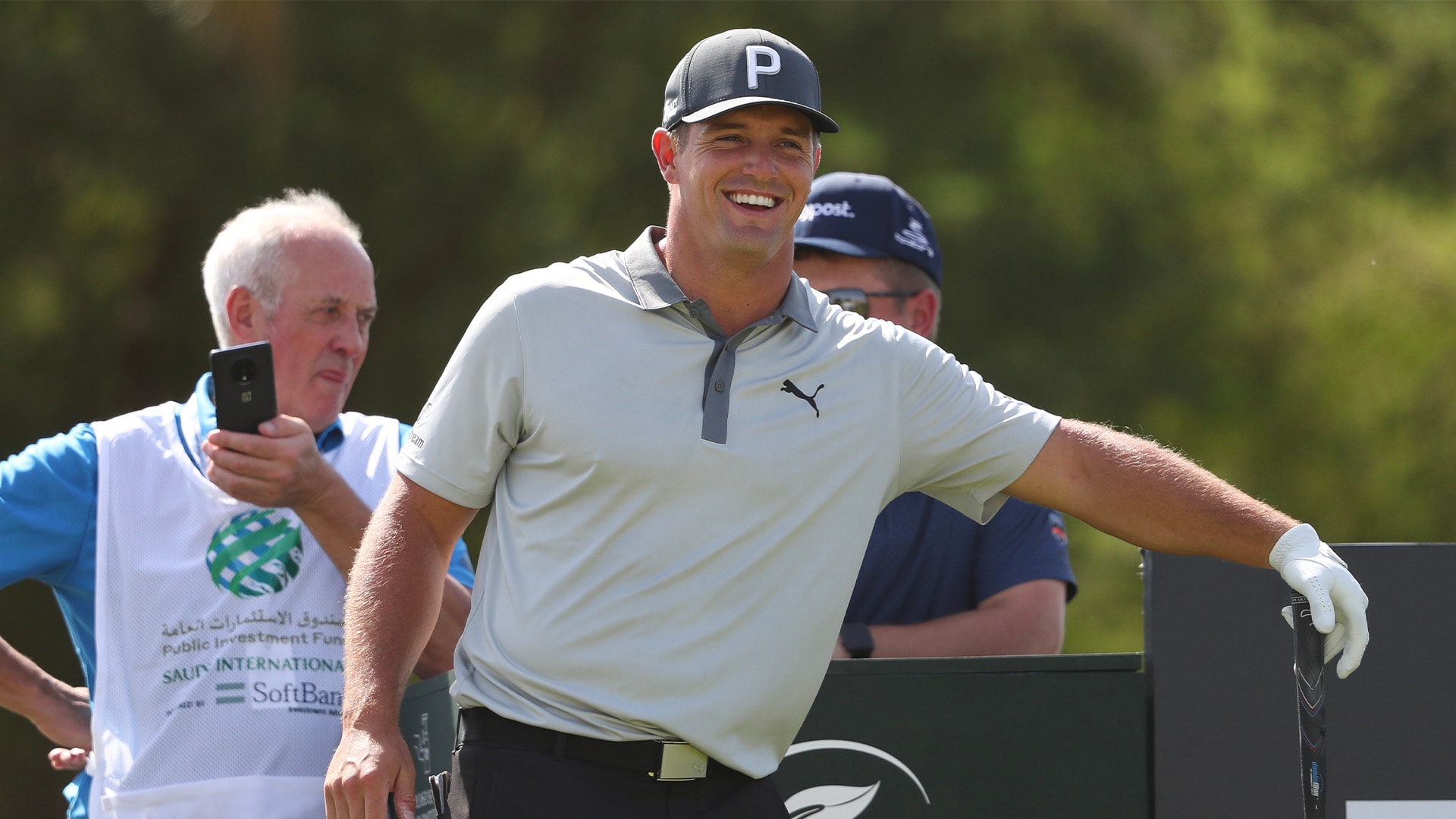 Bryson DeChambeau may not be talking to the press, but he still has a voice on social media.

It was reported via the U.K.’s Daily Mail on Thursday that DeChambeau had been offered more than $135 million to join a proposed Saudi-backed Super Golf League.

While DeChambeau has not talked to reporters at this week’s Saudi International, in which he shot 3-over 73 in the opening round, he did respond to the report via Instagram. 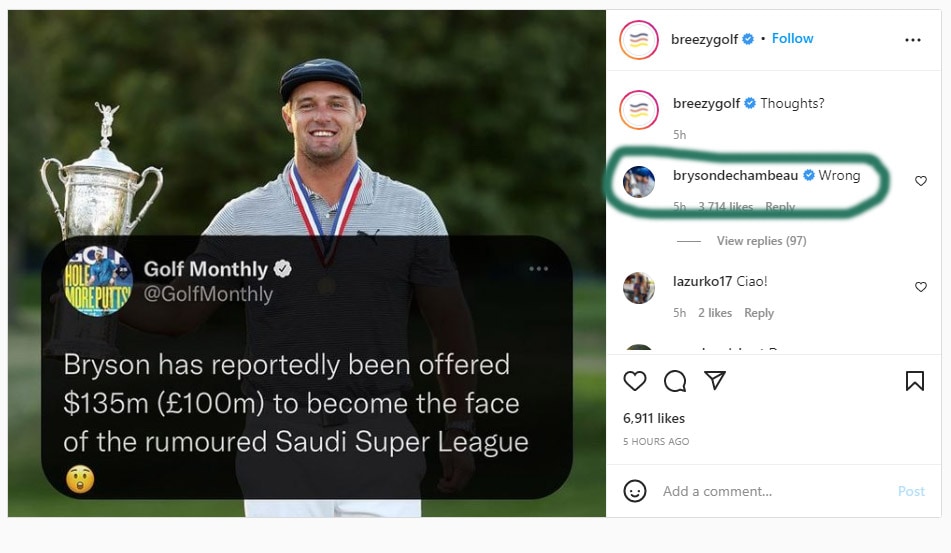 Though no player has officially committed to joining the Super League, which doesn’t yet exist, there have been reports of an offer in the $30-million range to Ian Poulter. Lee Westwood said he has a non-disclosure agreement and can’t comment on his relationship with the proposed circuit.

Likewise, Dustin Johnson said he was “not allowed to disclose” whether he received an offer. But when asked if he had a similar offer to Poulter’s, Johnson replied with a laugh, “No, not similar. It’s just not similar.”

Phil Mickelson added that, “pretty much every player in the top 100” has been contacted about the Super League, at some point.