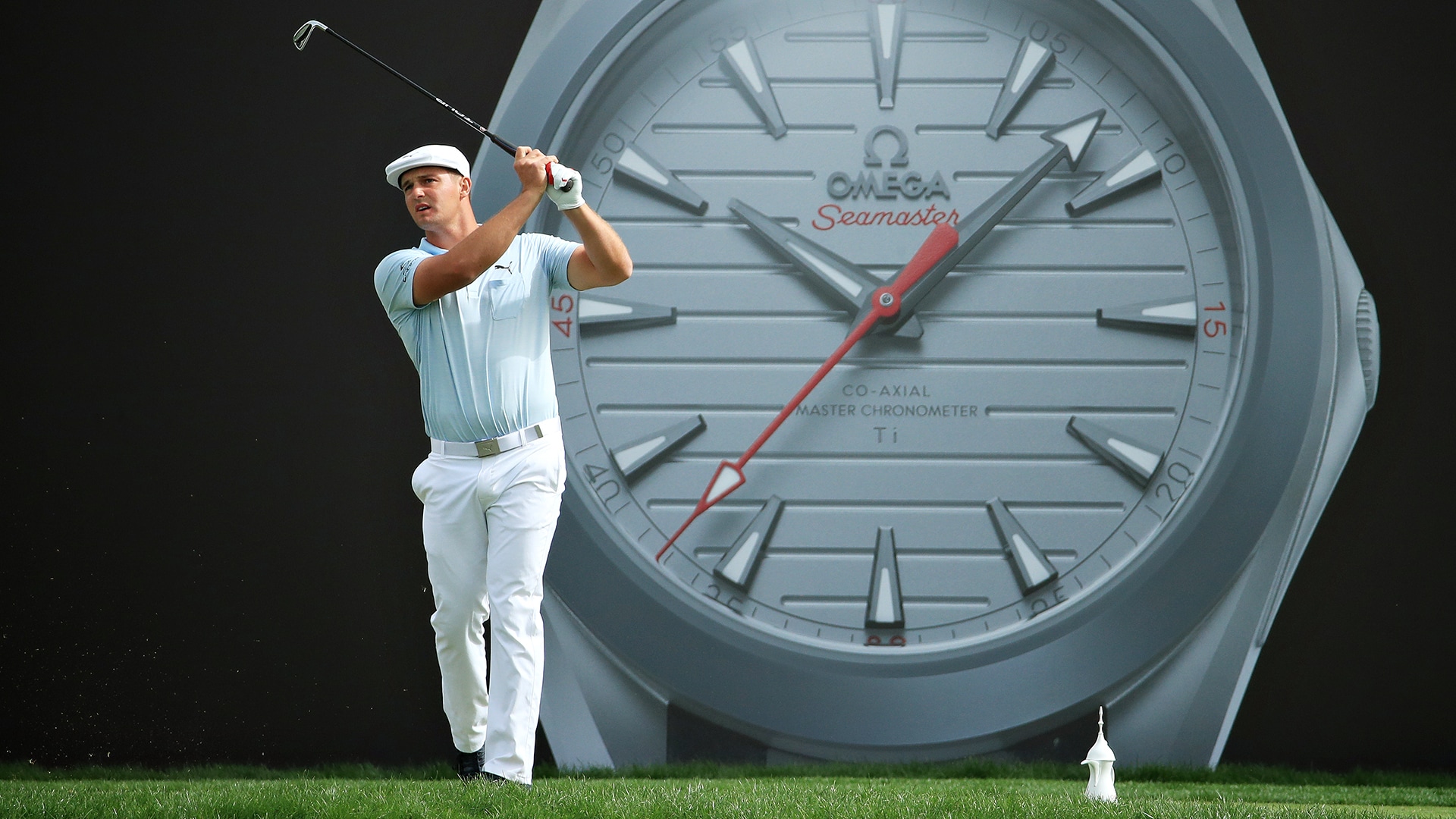 A deliberate approach may have paid off last year for Bryson DeChambeau in Dubai, but this time around it left him a few holes short of a successful title defense.

DeChambeau cruised to victory a year ago at the Omega Dubai Desert Classic, where TV cameras caught him discussing air density calculations on the 72nd hole with his caddie, Tim Tucker. He started Sunday's final round two shots behind Ashun Wu as he sought to keep the trophy and had moved into a tie for the lead with four holes to go.

But DeChambeau's pace of play again became an issue when he received a slow-play warning from a European Tour official on the 10th hole. He went on to make par, and cameras later documented a thorough club choice debate with Tucker on the 14th hole between a "10 o'clock" 8-iron and a "10:30" 9-iron.


DeChambeau's subsequent par on No. 14 kept him tied for the lead, but it proved to be his final par of the day. He closed his round with four straight bogeys from there, dropping from a share of the lead into a tie for eighth and four shots out of a playoff after signing for a 76.

Some saw a silver lining Sunday when it came to DeChambeau's overall pace. Eddie Pepperell has lobbed a few Twitter barbs in DeChambeau's direction in recent months over slow play, and the two were paired together for the final round in Dubai.

"We actually got on quite well," Pepperell tweeted. "And to his credit, he's sped up."

Ranked 17th in the world, DeChambeau is expected to make his first PGA Tour start of the new year next week at the Waste Management Phoenix Open.