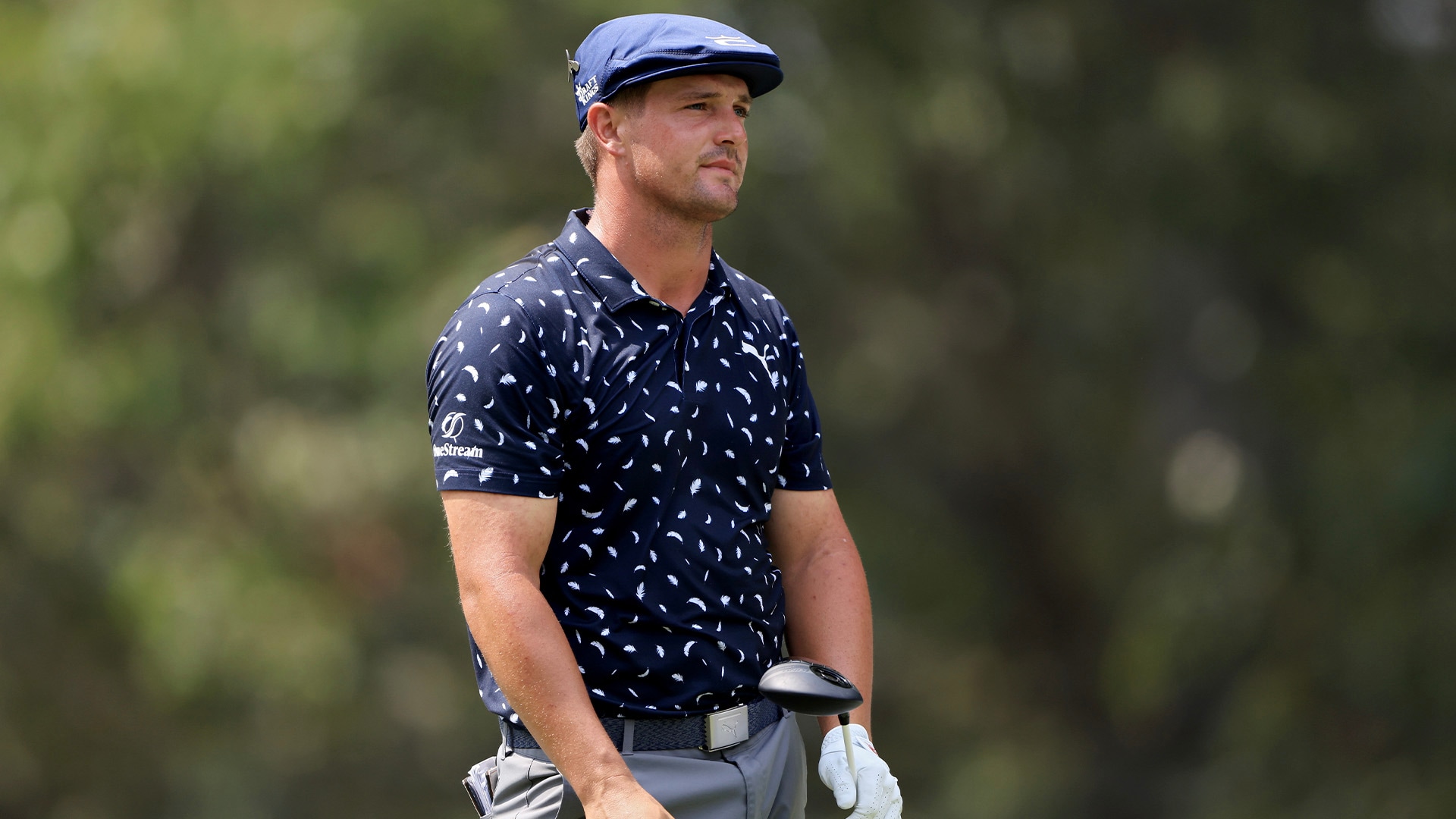 Co-leading with Harris English, Bryson DeChambeau's tee shot on TPC Southwind's par-4 sixth went as far off the fairway as it could, beginning an erratic sequence.

Hey, but at least he shouted fore ... Richard Bland should be proud.

DeChambeau's ball rolled to a temporary fence used to enclose the course for the tournament. However, the rules official measured the ball and it was deemed in bounds. After DeChambeau hit a provisional drive that wasn't used, he was not given a two-stroke penalty.

The 2020 U.S. Open winner was allowed to move his ball from its original spot to the rough because it was on the cart path, a man-made obstruction. If there wasn’t a cart path, he would have to play the ball where it lies.

After DeChambeau placed his ball, he had a 168 look to the hole but he whacked his shot into the tree. The shot totaled 23 yards and was still in the rough.

DeChambeau then had a 137 shot to the green that left him a chance to salvage par - similarly as fellow U.S. Open winner Gary Woodland did at the 3M Open - with a 27-foot putt, which brushed the side of the cup leaving DeChambeau a 2-foot putt for bogey that dropped him two shots off the lead.