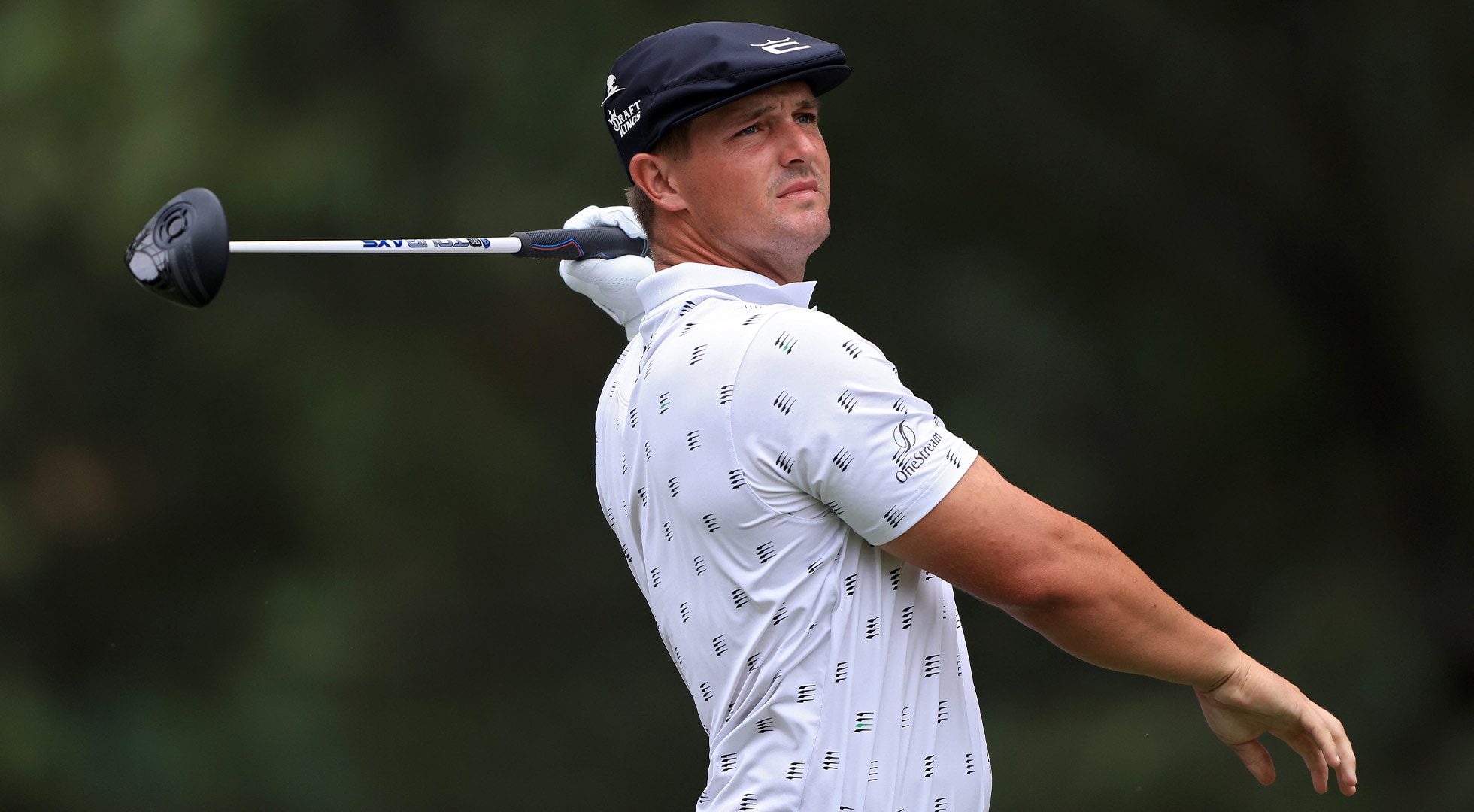 Bryson DeChambeau's tee shots can be sporadic at times, and when they are, he's been criticized for not shouting "fore."

And during the first round of the WGC-FedEx St. Jude Invitational, where DeChambeau had his best opening-round on Tour in 10 months, Richard Bland, the 48-year-old Englishman who earlier this year became the European Tour's oldest first-time winner and the oldest 36-hole leader in U.S. Open history, laid down the law to DeChambeau on Twitter.

Although Bland did not specifically cite when DeChambeau didn't yell fore, it appears he may have been talking about DeChambeau on TPC Southwind's par-4 18th, where the 2020 U.S. Open winner's shot went 319 yards to the rough. Aside from then, DeChambeau barely needed to yell fore at all on Day 1 in Memphis as he hit the fairway nearly 80% of the time.

At July's Open Championship, DeChambeau was asked by a reporter why he's reluctant to shout fore when one of his drives goes towards spectators. He responded sternly.

“I do shout ‘fore,’” he said. “I don't know what you're talking about. There are plenty of people on the tee box that do shout ‘fore.’ You're bringing up a very controversial thing, which is unfortunate. But 99% of the time I do [shout], and unfortunately, people think I don't. But that's OK, they can say whatever they want.”