Charles Barkley says Phil Mickelson can be that 'annoying friend' 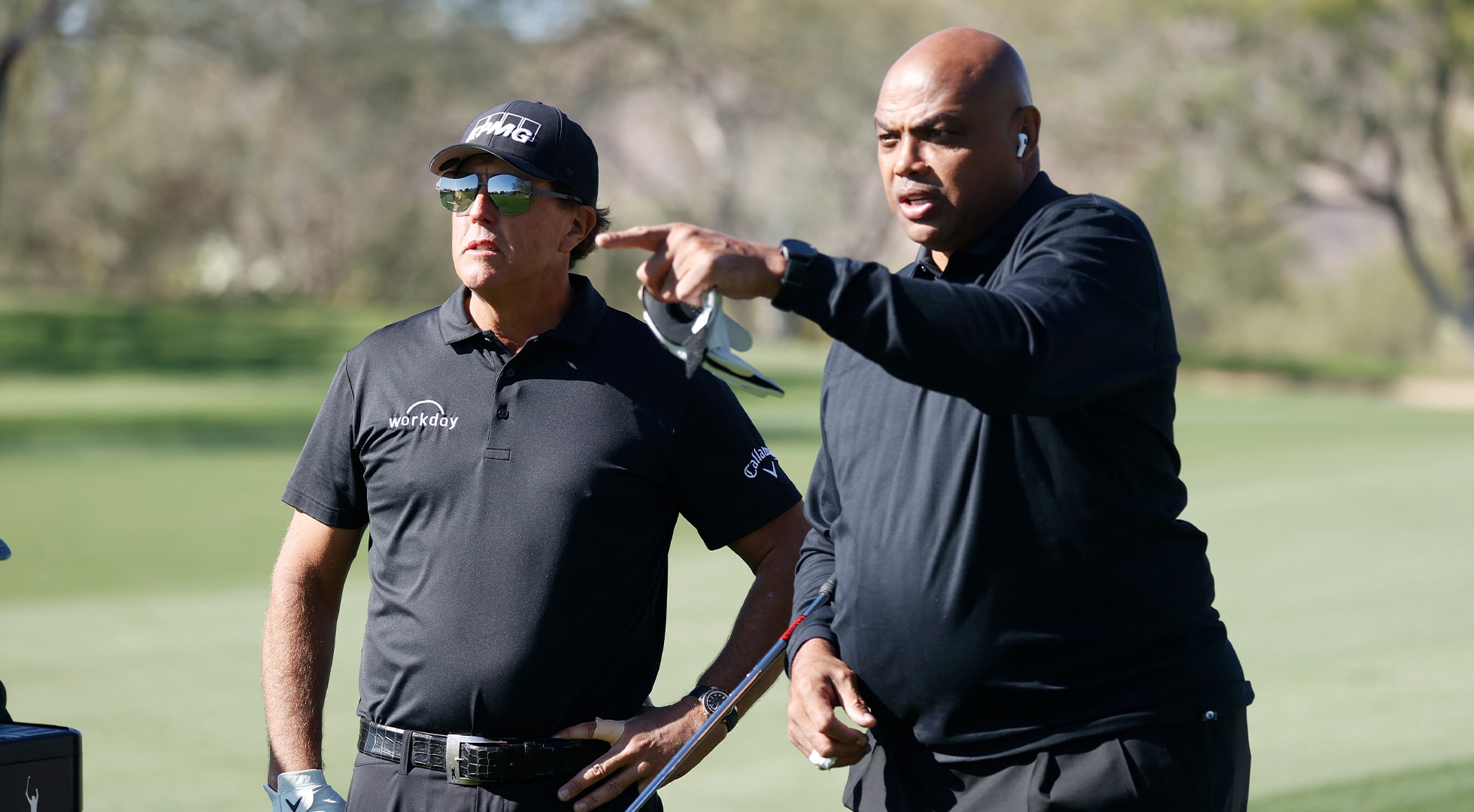 Charles Barkley – who, by the way, is working on his infamous swing – and Phil Mickelson are great friends, but Barkley said Mickelson can also be that "annoying friend."

"Phil Mickelson is a great friend of mine. I've known him a long time, him and Amy. They're awesome. But Phil is that annoying friend," Barkley said during the American Century Championship's media day. "When you ask him a question, instead of answering your question – like, if you said, 'Hey, what's the weather like,' he says, 'You want the humidity, the barometric pressure, the high and low for the day?' No, man, I just want the damn weather. Tell me what the temperature is right now.

"So, even though as great a guy he is when you ask him a question, it's like, yo, what do you think of this putt? Well, it's down grain, it's into the grain, it's going to pull towards the valley. Yo, man, just tell me where to hit the putt. I ain't got time to be analyzing down grain, up grain. It's pulling toward the valley."

Before last year's Match III, where the 1993 NBA MVP partnered with Mickelson and went head-to-head with Golden State Warriors star Stephen Curry and NFL Hall of Famer Peyton Manning, Mickelson pushed Barkley to drive two hours for a practice round on Thanksgiving day to ensure they were in good shape for the match.

Mickelson's will to win was on full display during this year's PGA Championship. But even Barkley didn't see Lefty coming away with the Wanamaker Trophy.

"I was so happy for him. Nobody saw that coming," Barkley said. "There was a reason nobody [50 years old] has ever won a major. He hadn't won in a bunch of years. And it was incredible, especially to go head‑to‑head with Brooks. People were concentrating so much on Phil being 50, they're like, Yo, man, he stood on the first tee with Brooks Koepka, who is probably the most intimidating player out there right now. And for him to hold his own against Brooks, you've got to be, like, not only was he 50, he stood up to Brooks. So that was pretty impressive."

Barkley will be a part of a star-studded field at next month's American Century Championship in South Lake Tahoe at Edgewood Tahoe Golf Course. It’s been a long time coming, but Charles Barkley’s golf swing is no longer the nightmare fuel that it once was.