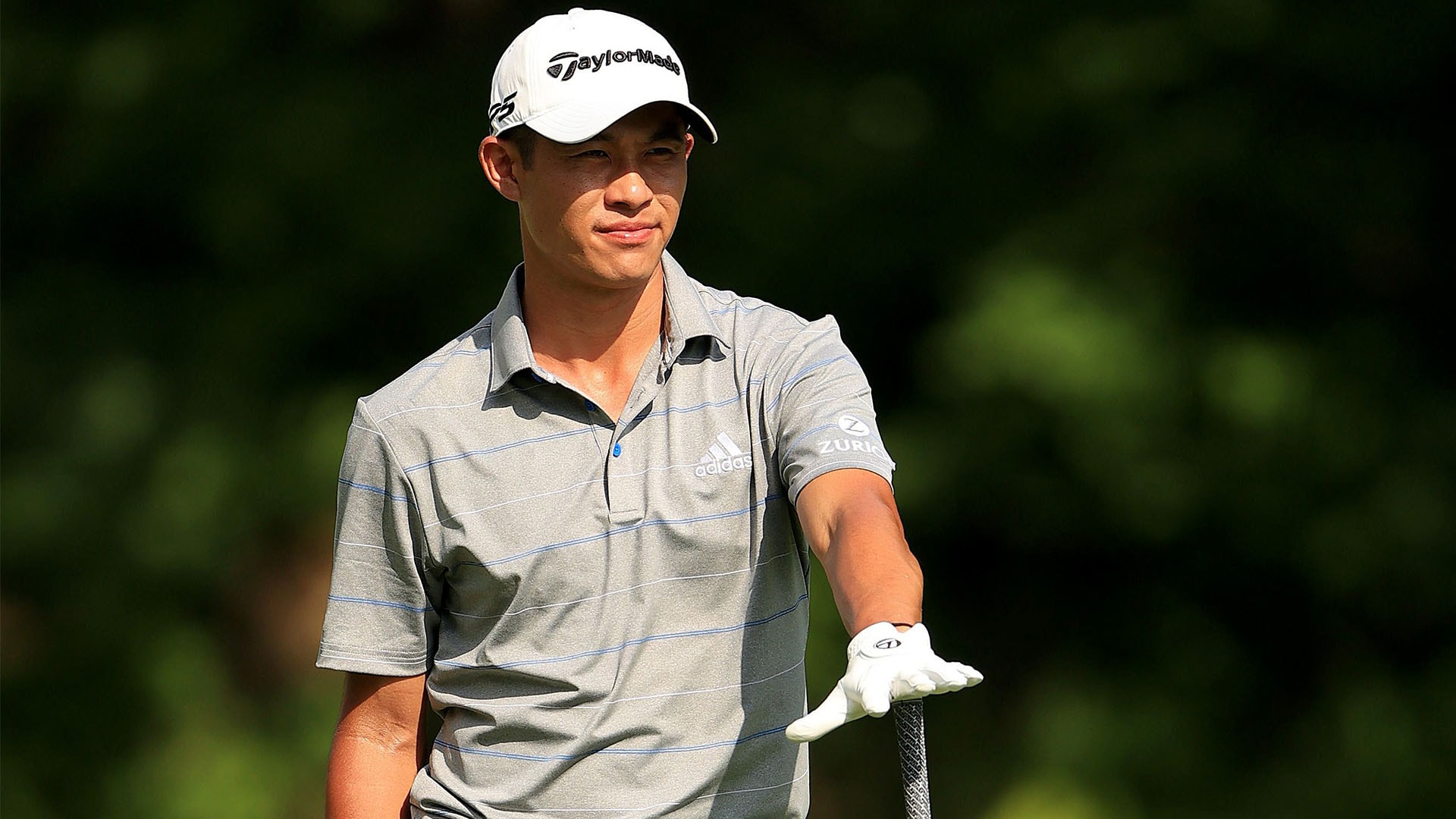 Collin Morikawa may not have known what to do with his newfound free time.

More than a year into his pro career, he had grown accustomed to making week-long hotel reservations. Departing flights left on Monday morning, not Friday night. But after a head-turning start to his pro career, one that included a breakthrough win last July, Morikawa finally flashed a little mortality last month at the Travelers Championship.

Scores of 72-71 didn't come close to making the cut at TPC River Highlands, and Morikawa's made cuts streak that pre-dated his pro debut and was the longest active streak on Tour was suddenly over. It meant an unexpected weekend off.

"I flew straight home, got some dinner, hung out with my girlfriend," Morikawa said. "We're fostering dogs, and just relaxed." 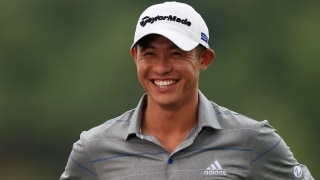 Weeks after a playoff loss at Colonial, Collin Morikawa is out to a one-shot lead after the opening round of the Workday Charity Open.

The extra time at home didn't seem to slow down Morikawa in his first round back, a sizzling 65 at Muirfield Village that gave him a one-shot lead at the Workday Charity Open. It continues a trend for the 23-year-old, who remains in the midst of his first full season on Tour: when facing famed layouts where local knowledge often carries great weight, he is making up for lost time in his first appearance. He did so last month at Colonial, where his debut ended in a playoff loss, and he's at it again on another of the Tour's more venerable tracks.

Morikawa's made cuts streak drew lofty comparisons to Tiger Woods, as the fellow Californian came within a few starts of matching what Woods did immediately after turning pro. It's a high bar for any burgeoning star to reach, but one he's ready to strive for.

This latest blank slate quickly turned promising for Morikawa, who is up to No. 29 in the world rankings and likely heading higher in the coming weeks and months. While his game is largely well-rounded, it's his iron approaches that have drawn the most praise and yielded the biggest benefits during his Workday opener.

But Morikawa admitted that the irons were actually a focal point during his practice over the last 10 days, an effort to improve an aspect that already separated him (third on Tour in strokes gained: approach this season) from the pack.

"I just had to kind of look back at my stats, see what I wasn't doing well," he said. "I just had to go work on some iron shots, work on the swing a little bit and just go back to the basics."

One missed cut doesn't equate to reaching for the panic button, especially when youth is on your side. But an extra weekend spent outside the ropes has already paid some dividends for Morikawa in Ohio, and it seems likely he'll be sticking around for the full 72 this week as he looks to snag his second career title.