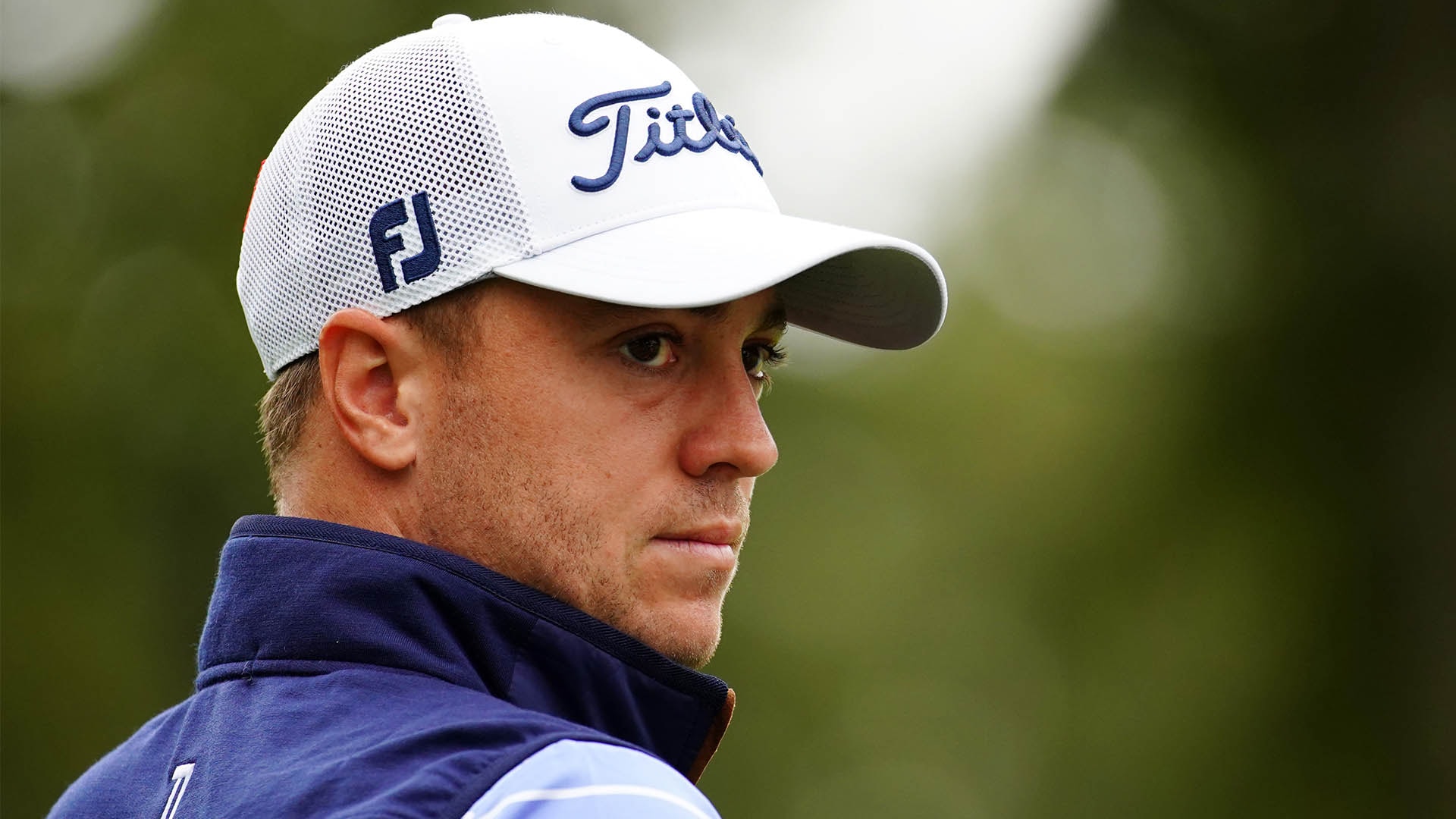 NAPA, Calif. – You wouldn’t have blamed Justin Thomas if, two hours into his new season, his mind drifted to wine tasting opportunities.

After all, it certainly didn’t seem like Thomas would be playing much golf this weekend at the Safeway Open. Stumbling to bogeys on three of his first five holes during Thursday’s opener, Thomas was still 3 over and 10 shots off the lead when he stood on the 12th tee at Silverado Resort & Spa.

“I mean, you can’t really expect that great of a round when you’re 3 over through 10 on this golf course,” Thomas said.

Yet here we are, one day later, with Thomas’ name tied atop the standings in Napa. Scrap those plans to go sipping through the local vineyards.

The turnaround is just the latest testament to Thomas’ ability to reach an extra gear with amazing frequency. His second-round 64, which took him to 9 under at the halfway point and put him alongside three other co-leaders, included nine birdies. It’s also his 21st round of 64 or better on Tour since the 2014-15 season – breaking a tie with Dustin Johnson for the most of any player over that span.

The low-scoring credentials were cemented around the time that Thomas torched Waialae for a 59 en route to victory two years ago, but the ease with which he turned a likely missed cut into a title contention so quickly this week helps him stand out among even the best players.

“I know that you can go low out here,” Thomas said. “It’s a course that it’s very short, and the ball goes quite a long way with how firm it is. But because of how firm it is, you have to get it in the fairway and really have the correct angles into the greens, and I felt like I did a pretty good job of that today.”

Just like any other player who struggles out of the gates, Thomas spent yesterday searching for a quick fix. It came in the form of a slight adjustment to his eye line over putts, and in short order the ball started to find the hole. A 19-footer for eagle on No. 18 to close out the day, which at the time appeared to merely salvage an under-par round, proved to be a harbinger of what was to come.

Thomas is making his first start of the new season, having spent little time practicing over the last two weeks following a skin cancer scare that required minor surgery. But he’s also only a few weeks removed from an emphatic victory at the BMW Championship, one that helped him tee off the Tour Championship with a two-shot lead.

So even after coming off a season that he described as a “kind of C-plus to B-minus,” the confidence was not exactly lacking. During a whirlwind turnaround, Thomas showed exactly why he’s the highest-ranked player in this week’s field while giving himself a prime opportunity to turn a likely missed cut into potentially his second trophy in as many months.

“My game’s where it needs to be. I’m playing plenty well enough to win this tournament,” Thomas said. “I just need to go execute.”