Crystal out, gold in: The Players unveils new winner's trophy 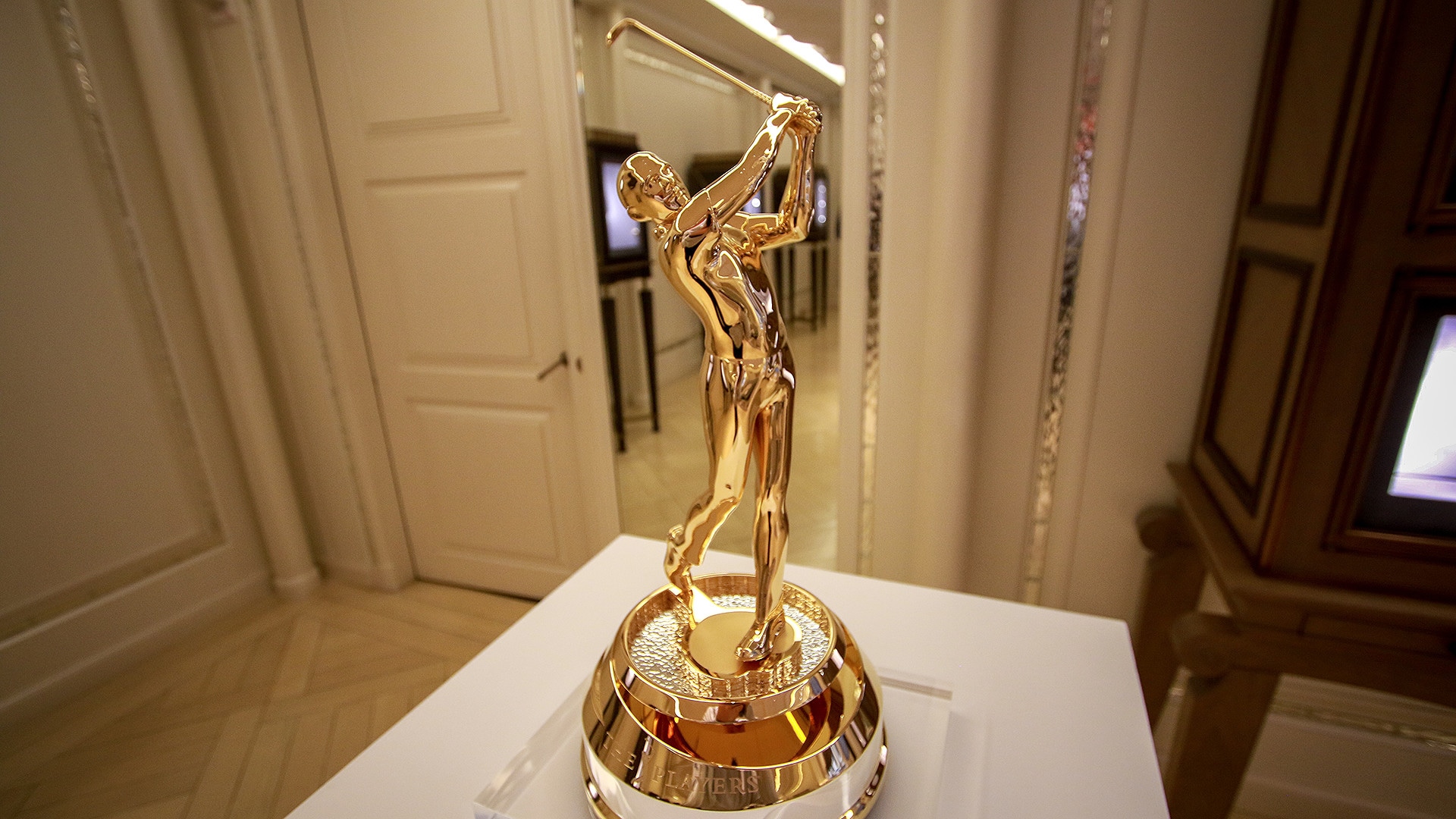 The Players Championship is going gold.

The winner of this year’s event will get a new trophy. Gone is the Waterford Crystal prize, which champions have received since 1982. In its place is a new sterling silver and 24k gold trophy which features a player standing atop the par-3 17th green, swinging a club. But not just any one player.

“Using a process called ‘electroforming,’ Tiffany & Co. and the PGA Tour began with the inspiration of the swinging golfer from the iconic PGA Tour logo,” the Tour said in a release. “Then, through sophisticated computer modelling, designers incorporated aspects of each of the 38 different winners of The Players – from Jack Nicklaus to Webb Simpson with elements of Phil Mickelson, Calvin Peete, Rickie Fowler, Fred Couples and Tiger Woods mixed in between.”

In addition to the new trophy, The Players announced last month that it was increasing its purse by $1.5 million to $12 million.