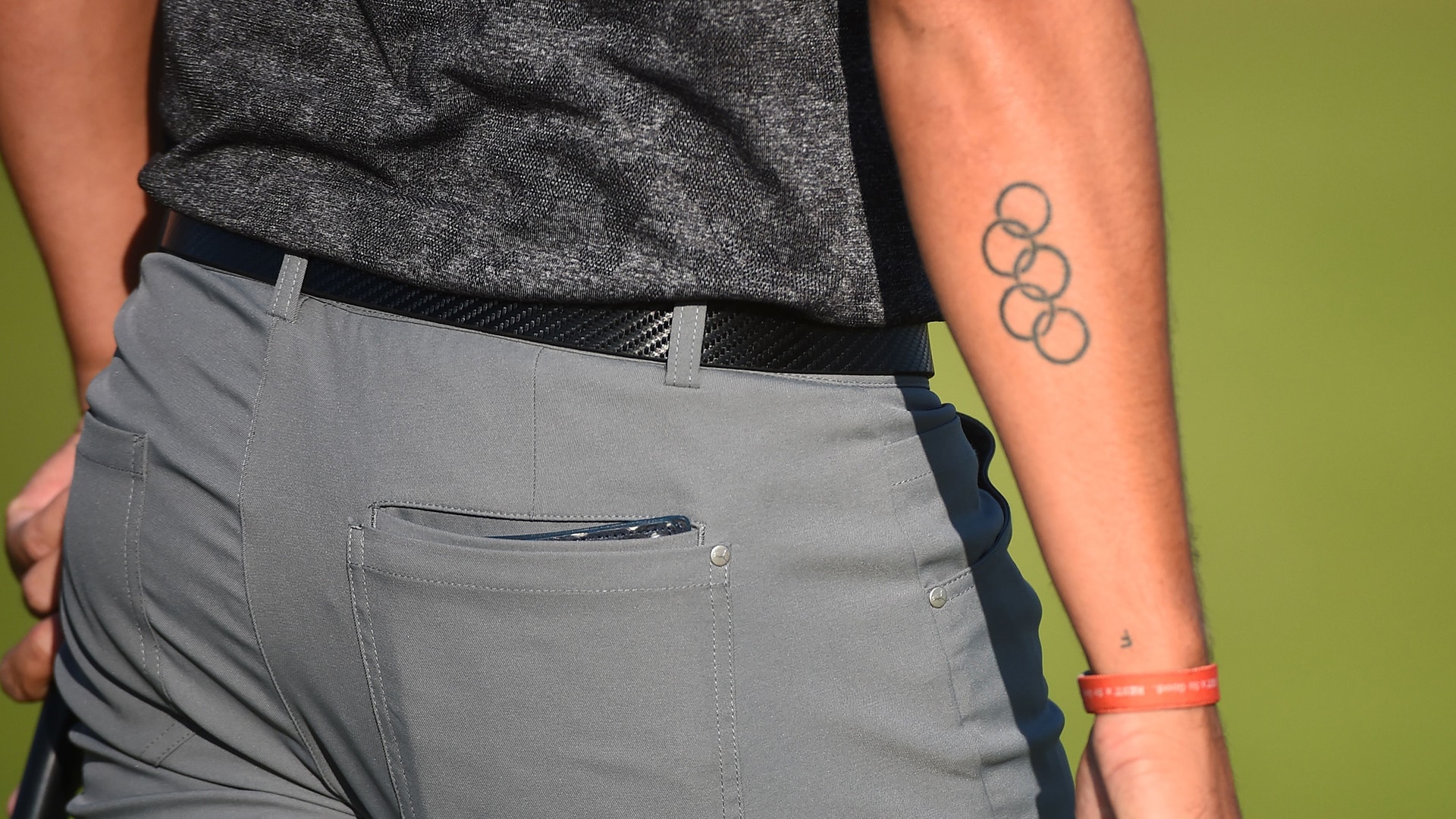 No. 83. The celebration spanned the globe in October when Tiger Woods tied Sam Snead’s all-time PGA Tour victory mark at the Zozo Championship, but the ultimate goal, victory No. 83, still awaits.

Given how seamlessly Woods returned from surgery this fall it would seem his best chance to eclipse Snead’s mark would be later this month at the Farmers Insurance Open, likely his first 2020 start.

Woods’ record at Torrey Pines, where he’s won eight times, including the 2008 U.S. Open, is enough of a reason to prepare the celebration, but he’s winless on the South Course since 2013 and hasn’t exactly been his dominant SoCal self in recent years.

Therefore, the best option for victory No. 83 will be in March when he returns to Bay Hill, where he’s also won eight times. Woods has been more competitive at Bay Hill in recent years (T-5 in 2018) and likely would cherish the history of passing one legend (Snead) at a legendary venue (Arnie’s place).

Five Rings. Without the distractions that prompted a few high-profile no-shows in 2016, this year’s run-up to the Olympics is filled with intrigue and opportunity.

Currently, the U.S. side would include Brooks Koepka, Justin Thomas, Dustin Johnson and Woods, who is clinging to the final qualifying spot and has offered his support of the Games.

Rory McIlroy, who is second in the Olympic Golf Rankings, has also committed to playing the Games this year after skipping the ’16 edition in Rio, and Justin Rose, the Gold Medal winner in Brazil, is among a trio of English players currently qualified.

Following more than a year of uncertainty heading into the ’16 Games, full participation in ’20 is a pleasant reminder of why golf pushed so hard to return to the Olympics. 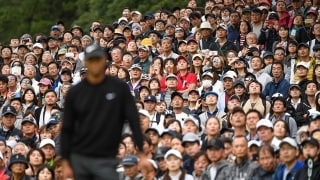 From Tiger Woods to Jordan Spieth, here are the players you should be keeping an eye on in 2020.

Location, location, location. It’s the competition, not the course, that dictates the success of an event but for practical purposes it’s going to be hard for 2020 to live up to last year’s standard.

Venues don’t guarantee success but if you’re scoring at home, 2020 is already playing catch-up on this front.

A match mulligan. Ernie Els and the International team came up short, again, at last month’s Presidents Cup thanks to an inspired performance by captain/player Woods and a dominant Sunday for the U.S. side.

Lost in the post-match celebration, however, was how close the actual competition was and how much Els’ leadership turned the tide in an event that has become dangerously one-sided.

“The players were just incredible. They were open for a new formula and embraced what I said to them. We lost, 16-14, and we've got to swallow that,” Els said at Royal Melbourne. “But great strides were made, especially in our team play. Our team play was really the core of our team. We never felt like we could play foursomes or fourball together as a team. We did that well.”

The Tour will likely name the next Presidents Cup captains in the spring and given the strides the International side made in ’19, Els certainly deserves another chance to change his side’s legacy. Brooks Koepka still has no timetable for his return, but a recent video showed that his rehab is progressing.

Load management. It’s become a hot topic in NBA circles as top players opt for rest over reps and even though Tour types will use other descriptions, the result is the same.

This week’s 2020 lid-lifter in Maui offers some foreshadowing with notable no-shows in Woods, McIlroy, Koepka and Rose.

All total, five of the top 10 players in the world ranking didn’t make the trip to Hawaii for various reasons (Koepka is still nursing an injury while No. 10 Tommy Fleetwood didn’t qualify for the winners-only event) and this won’t be a “Maui” problem. The condensed schedule will continue to force players to make tough choices that have nothing to do with the quality of an event.

“It’s hard if you’ve got a pocket full of money to leave Florida to come on out here, for some of these guys. The golf courses are great. They’re a blast to play. But you’ve got to get the best players,” NBC Sports/Golf Channel analyst Paul Azinger said earlier this week. “I couldn’t wait for January to come and play here. But not everybody feels that way. But I certainly do.”

When the conversation turns to participation, most point to Woods’ limited schedule last season (12 events), but the less-is-more approach is not uniquely Tiger’s. The top 10 players in the world averaged 18.8 starts last season on Tour out of 47 official events. Players can call it whatever they want, but load management looks the same in any sport.

Captain comeback. Patrick Reed is back at work this week in Maui and back on the trail to qualify for this year’s U.S. Ryder Cup team.

Given Captain America’s rough fortnight last month that included a rules spat at the Hero World Challenge followed by a challenging week at the Presidents Cup, Reed probably shouldn’t count on another pick if he’s going to be on this year’s team - and that’s just the way he wants it.

The American plays his best when faced with adversity (see his Sunday singles match at Royal Melbourne) and he will be highly motivated to earn a spot on this year’s U.S. team. The best thing U.S. captain Steve Stricker can hope for is that Jordan Spieth, who is undefeated paired with Reed in team play, dramatically turns his game around in 2020.