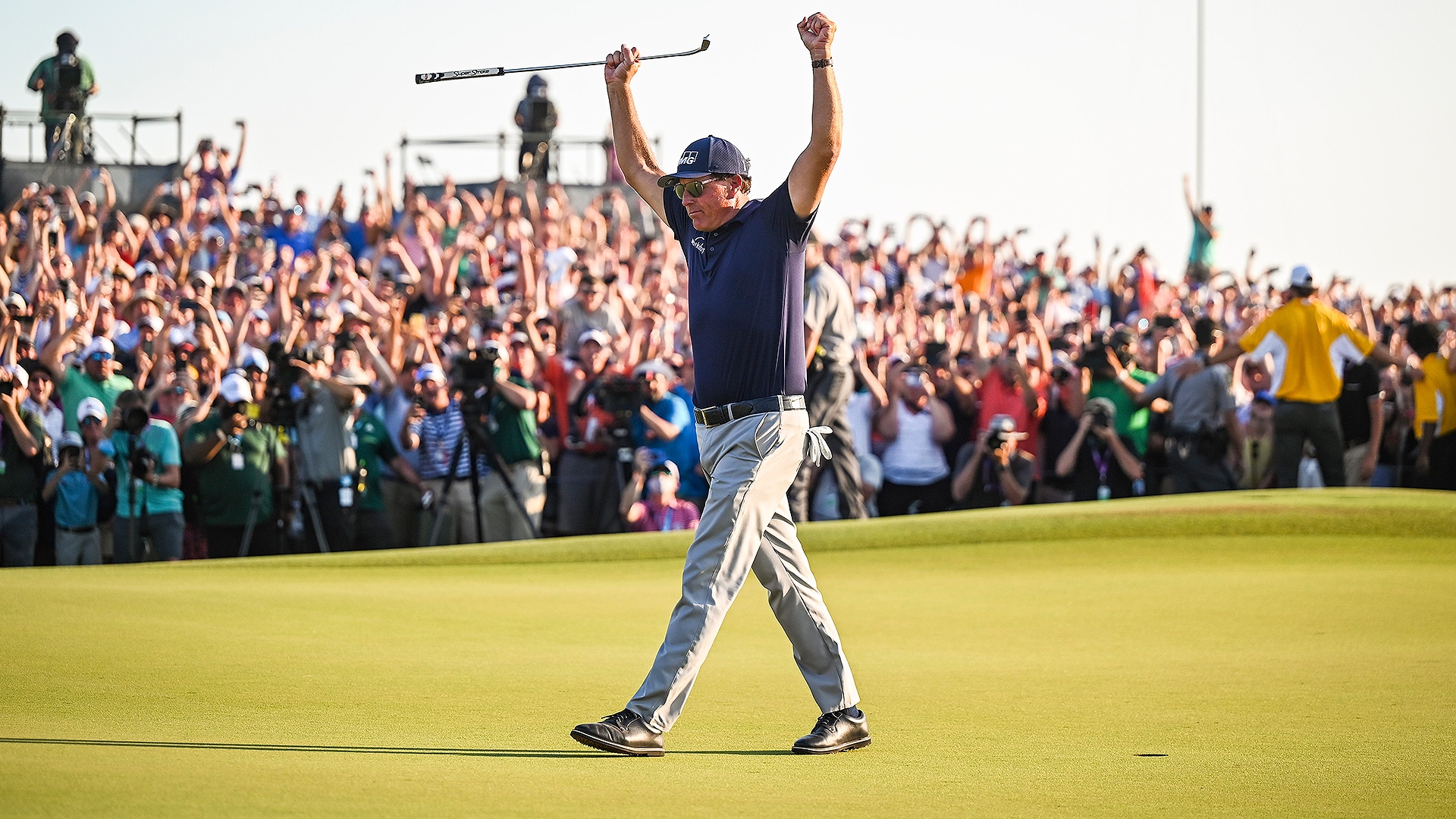 In a season-ending edition we celebrate a super schedule filled with major moments, revisit a format at the finale that still doesn’t feel right and sound the alarm on why too much social media might be the PGA Tour’s problem, not a solution.

Super Season: We’ve all gotten caught up searching the silver lining for any positives from the COVID-19 pandemic and the PGA Tour’s six-major super season easily qualifies as a happy benefit.

Although it was roughly the same number of events in the circuit’s wraparound window the six majors, starting with the U.S. Open last September, provided an almost nonstop parade of epic moments at iconic venues.

From Bryson DeChambeau’s dismantling of storied Winged Foot last fall and Dustin Johnson’s emotional victory at a surreal November Masters to Phil Mickelson’s ageless performance at the PGA Championship and Jon Rahm’s dramatic brilliance at June’s U.S. Open the 2020-21 season will be remembered for an embarrassment of major riches.

Comebacks: The Tour doesn’t hand out a comeback player of the year award any longer, but if it did there would be no shortage of candidates this season.

Although he could have also won the award last season, Harris English would be a worthy candidate. On Sunday, he was putting the finishing touches on a career year at the Tour Championship with his first start in the Ryder Cup looming. Two years earlier during the same week, he was grinding away on the Korn Ferry Tour trying to keep his job.

“Playing for your job is way more nerve-wracking than anything,” English said “I didn't make it through the [Korn Ferry Tour] finals and man, it hurt. It hurt a lot. Playing for your card and keeping your card is a whole different story and there's a lot on the line.”

Stewart Cink would also be a worthy candidate. The 48-year-old advanced to the Tour Championship for the first time since 2009 and was one of six players this season with multiple victories.

“It's incredibly satisfying to be back here. It just feels so good to be included in this field and to know that you've done what it took to qualify,” Cink said. “It's not easy.”

Playoff Problems: If you ignored the silly math last week’s finish at the Tour Championship was everything one could ask of a finale with two of this season’s top performers trading blows and birdies until the final hole.

Ignoring the silly math, however, is becoming increasingly difficult. For the second time since the Tour transitioned to strokes-based scoring in 2019 the actual winner at East Lake didn’t shoot the week’s lowest score. That honor belonged to Rahm and Kevin Na, who finished tied at 14 under par. 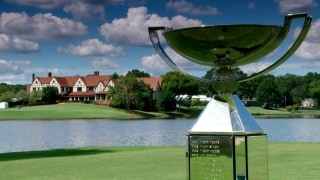 But the trophy and $15 million bonus went to Patrick Cantlay, who began the week at 10 under par as the post-season points leader and finished at 21 under par. Again, uncomfortable math.

There are any number of reasons to question the most recent format but Cantlay should probably be considered the definitive voice on the subject given his unquestionable objectivity.

“I think that I'm still not a fan of this format. I don't think it's a good format,” he said Sunday at East Lake. “I don't like the fact that somebody else shot the lowest score this week, and they would have won the Tour Championship in years past.”

Tweet(s) of the season: There are plenty of issues with the Tour’s Player Impact Program (see, PIP Problems) it has led to some of this season’s best social media content. This exchange between Joel Dahmen and Max Homa is why social media was created and we’re here for all of it:

Brook-son. Or whatever silly name you’d like to apply to whatever it is that Brooks Koepka and Bryson DeChambeau have going on, it’s simply not a good look.

What started as fun and good-natured has evolved into something that feels mean-spirited and petty. Neither Koepka nor DeChambeau are without blame.

DeChambeau could have saved himself a mountain of heartache if he would just dial back some of his rhetoric and show a modicum of humility and self-awareness. His passion for the game and his desire to play his unique brand of golf is wildly entertaining, but life would be so much easier without the self-inflicted wounds.

As for Koepka, perhaps this started out as an attempt to gain traction on social media (see, PIP Problems) but it’s evolved into something that has come dangerously close to bullying.

Like his play at major champions when he’s healthy, Koepka is in a different league when it comes to social media beefs, but just because you can do something doesn’t mean you should.

PIP Problems. The Player Impact Program was a direct response to growing external threats from various start-up circuits, although the Tour would never admit that.

The concept was simple enough, provide those players who drive ticket sales and television ratings with an incentive to ignore whatever external threats come calling. The $40 million program seemed like an interesting response until it wasn’t.

The growing dissatisfaction for the PIP begins with a curious level of secrecy – the Tour will not publish the PIP list or announce who won – and has evolved into an even more dangerous problem. Again, let’s allow Cantlay to be the voice of reason.

“Anybody that watches sports and sees someone being heckled, they don't like that inherently because if you imagine yourself as that person, it wouldn't feel good,” Cantlay said. “Unfortunately, it might be a symptom of a larger problem, which is social media driven and which is potentially Player Impact Program derived.

“When you have people that go for attention-seeking maneuvers, you leave yourself potentially open to having the wrong type of attention, and I think maybe that's where we're at and it may be a symptom of going for too much attention.”

A PGA Tour docuseries is coming to the world's largest streaming service.