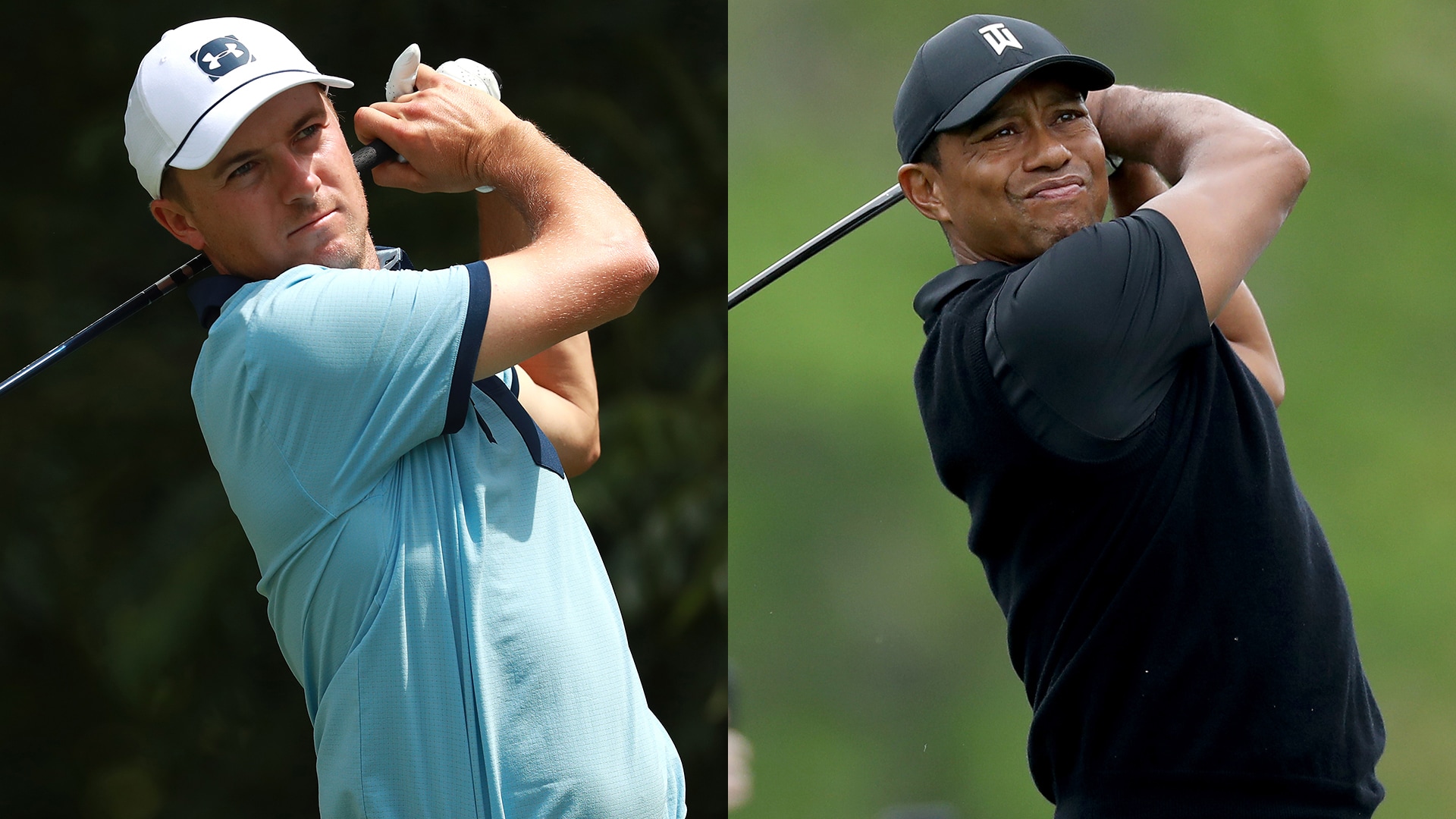 FORT WORTH, Texas – In this week’s edition, Jordan Spieth continues to prove that he’s on the path back to competitive relevance, Tiger Woods’ path to the U.S. Open is shaping up to be more familiar and the PGA Tour considers a new path to the weekend for players.

Objects in mirror are closer than they appear. Throughout his recent swoon, Spieth has repeatedly said that he feels like his game is close and the last two weeks we’ve found out how close.

Following his tie for third last week at the PGA Championship, his first finish inside the top 20 this season, Spieth picked up where he left off with an opening-round 65 at Colonial on Thursday.

Speith’s 5-under start was so Jordan. Despite hitting just 7 of 14 fairways on Day 1 he picked up 5.464 shots on the field according to strokes gained: putting, his best single-day performance on Tour.

“I know my game has been progressing. I've been saying that for the last month or six weeks or so,” Spieth said. “Results just end up coming when I actually start playing better golf. Simply put, that's just what I've been doing.”

Patience is always the toughest part for a slumping player, but throughout Spieth’s troubles it’s been the one thing he could always rely on.

Eye on the U.S. Open. Whether this was a planned move or a reaction to his poor performance at the PGA Championship really doesn’t matter. What matters is that Woods is poised to be fully prepared for next month’s U.S. Open.

Woods committed to next week’s Memorial on Thursday, more than 24 hours before the commitment deadline, and also made a scouting trip Friday to Pebble Beach, the site of June’s national championship.

Compared to his relatively limited tune up for the PGA, which included just nine practice holes and not a single Tour start between the Masters and the PGA, the year’s third major will not be defined for Woods by a monsoon of questions about his preparation.

Cut reconstruction. The Tour appears poised for a substantial overhaul following the policy board’s initial approval of a new rule that would reduce the cut size to the low 65 players and ties after 36 holes, down from the traditional 70 and ties.

The change, which still needs final approval when the policy board meets next month at the Travelers Championship, was driven by continued pushback from players for the secondary cut, which began in 2008 and requires a 54-hole cut if 78 or more players advance to the weekend.

An analysis of the new 65-and-ties rule indicated there were would be a “limited number” of times 78 or more players would make the cut and the player advisory council supported both the new cut number and removing the secondary cut.

Getting rid of the secondary cut certainly makes sense but don’t expect Cut Line to make a similar move. MDF is here to stay in this space.

A disappearing dimension. At just over 7,200 yards Colonial is something of a throwback on Tour and one of the examples often used when some suggest the modern game has become too one dimensional with power being the overwhelming dictator of success.

Last week’s stop at Bethpage Black is the most recent example of this power bias, but there are exceptions like Colonial, which was the 20th most difficult layout on Tour last year out of 51 courses.

“It's not a power-dominated golf course. It's a place you have to put the ball in the fairway. You're going to have to hit some shots and hold them against the winds,” said Jim Furyk, who at 49 years old was tied for fifth at the Charles Schwab Challenge. “For me, I think the world of Bethpage. It's a great golf course. Obviously takes a significant number of people out of the field just by length alone.”

Furyk also listed Harbour Town Golf Links and Innisbrook Resort as venues where power isn’t the ultimate arbiter. There are alternatives to Bethpage, but the real problem is that there’s simply too few Colonials on Tour today.

Tweet of the week: Last year’s first round at Colonial featured one of the more interesting player/caddie exchanges in recent memory when Kevin Na, who was leading the event at the time, asked his caddie, Kenny Harms, about hitting a “40-yard cut” from the rough with his hybrid to the ninth green, his last hole of the day.

“Where are you going to go with that?” Harms asked.

Harms: “Yeah, but over the green is dead.”

Na: “It's not gonna go over the green, Kenny. As long as you're OK with this club.”

Na missed the green with his approach but chipped in for birdie for an opening 62. “Told you,” Na told Harms afterwards.

Tweet: @KipHenley (Kip Henley, caddie for Austin Cook) “[You] caddie different for every guy you have and Kenny has never had anything but success in our gig. You got to understand what makes your guy tick and what buttons you can and can’t push but so far I have yet to have a guy I work for that wouldn’t want to fight me for this exchange.”

A cautionary tale. Although last week’s PGA Championship went off without any significant weather or course-related issues, this week’s Senior PGA Championship should end the conversation when it comes to future northeastern PGA venues.

This week at Oak Hill Country Club in Rochester, N.Y., the championship has been impacted by weather delays and on Friday the over-50 circuit set out in cold and windy conditions.

Oak Hill has always been counted among the game’s bona fide major venues but the PGA Championship’s move to May this year is an example of why the event should never return to the upstate region.

The weather in early May is simply too unpredictable in the northeast to take the chance. Nearly everyone involved has applauded the championship’s relocation to the spring, but it came with a cost. 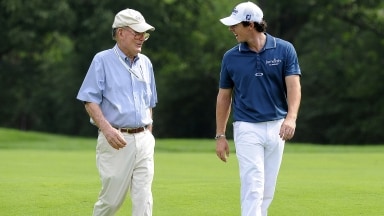 Cut Line: Golf is forever better because of Pete

Pete Dye may not have made 'easy' golf courses, but he certainly made the game more fun.

In this crystal-ball edition of Cut Line, we take a look at the change in attitude surrounding golf in the Olympics as well as when Tiger Woods might win No. 83.