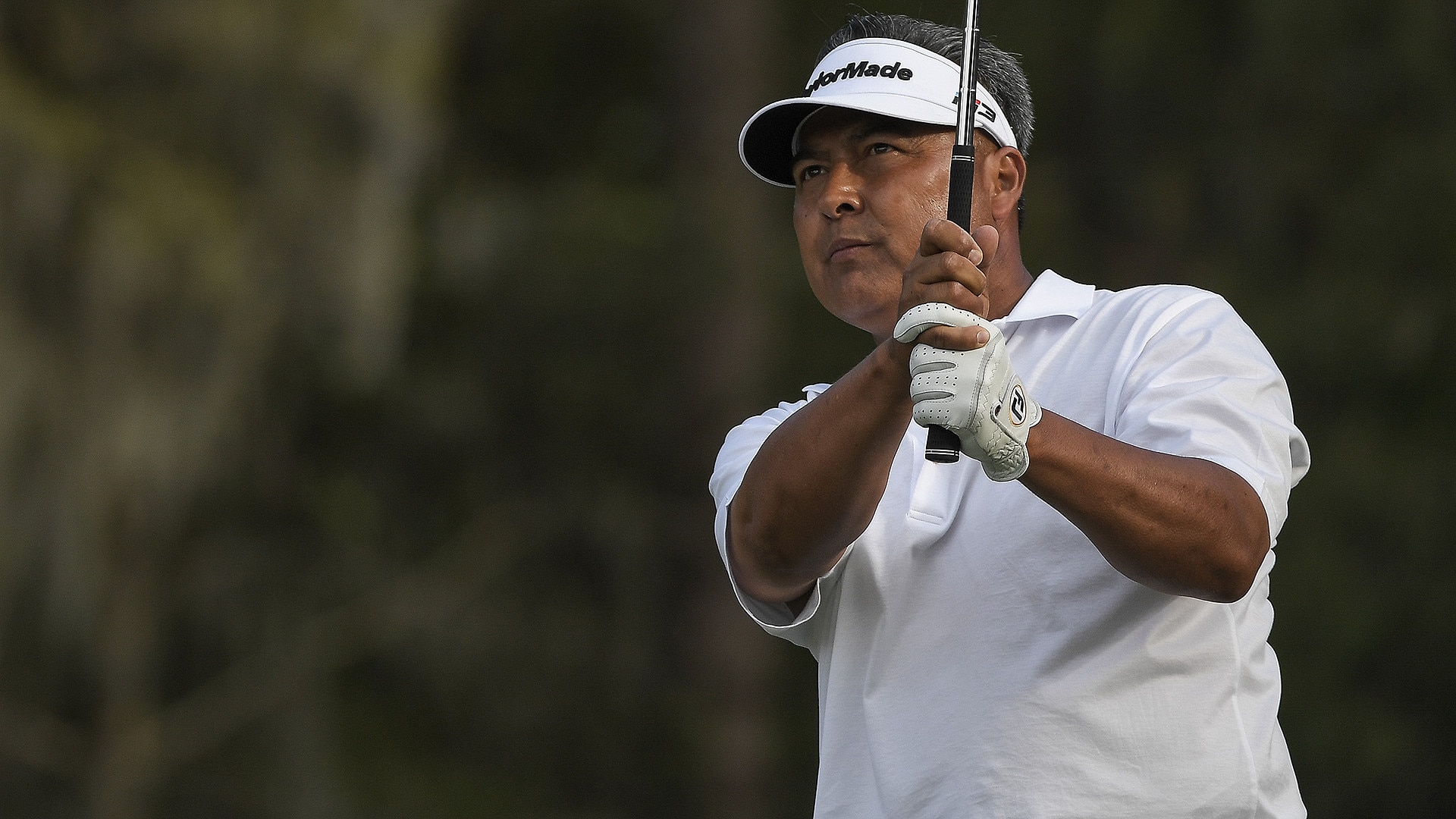 He didn't even play.

In fact, he didn't know anything about Nate Lashley, the last player to get in the tournament when Berganio chose to withdraw.

It was only after Berganio returned home from Detroit that he heard Lashley opened with a 63 and that both were Arizona Wildcats, separated by a generation and a different variety of hard times.

"I texted my coach (Rick LaRose) and said, 'Who is this kid from Arizona?'" Berganio said. "He told me the whole story and I was like, 'Holy smokes.'"

The story is nothing short of remarkable. 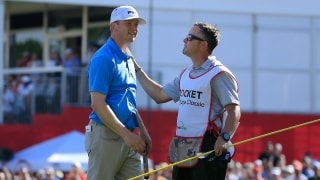 Nate Lashley won the Rocket Mortgage Classic on Sunday, 15 years after his parents and girlfriend died in a plane crash.

Lashley was a junior at Arizona in 2004 when his parents and girlfriend died in a plane crash on their way home to Nebraska after watching him play in an NCAA regional. The mental anguish was more than he realized. Lashley struggled upon turning pro, dabbled in real estate during a break from golf and then began the slow climb back through five tours over the next decade until reaching the PGA Tour as a 34-year-old rookie in the fall of 2017.

Lashley wasn't in the field at Detroit. He didn't make it through Monday qualifying but stuck around as an alternate in case his luck changed.

That's where Berganio enters the picture.

Berganio has been on a medical extension since 2004 because of a bulging disk in his back that took 11 years to be diagnosed as a problem in his hip. He has played only 28 times in the last 15 years on the PGA Tour.

He was certain the new PGA Tour event in Detroit would be No. 29 when he arrived Monday morning.

His golf clubs never made the connection in Dallas and Berganio didn't get them until Tuesday night. The course is occupied all day Wednesday with the pro-am.

"I wasn't able to play a practice round," Berganio said. "A friend of mine always says, 'Fail to prepare, prepare to fail.' I'm 50. I know some kid behind me was waiting to get in, and I didn't want to take up a spot. And then this happened. He's a former Wildcat, as well. The situation couldn't have been better."

Lashley followed that 63 with a 67, and then he blew open the tournament with another 63 to build a six-shot lead. He started the final round with two birdies in three holes and was on his way to a six-shot victory.

His sister, Brooke, flew in from Phoenix, along with a host of friends and family from Arizona and Nebraska, to share an emotional moment. The victory gives Lashley a two-year exemption on the PGA Tour, along with a spot in The Open, Masters and PGA Championship.

"I'm just thankful I got in the tournament," Lashley said.

Berganio never felt so happy for not being able to play, but only to a point. The text messages kept pouring in Sunday night and into Monday, all filled with amazement that a withdrawal could change someone's life.

All he did was unwittingly provide an opportunity. It just happened to fall to Lashley, who took it from there.

Berganio knows all about opportunity.

He was born to a 15-year-old mother on welfare and raised in a housing project in Pacoima, California. A priest from the Guardian Angel Catholic Church gave him a starter set of Chi Chi Rodriguez clubs when Berganio was 12 to keep him off the streets.

"He gave me an opportunity to hit all the golf balls I wanted," Berganio said. "He never hit a shot for me."

Berganio took it from there.

He was a two-time winner of the U.S. Amateur Public Links and played on the winning Walker Cup in 1993, partnering with Todd Demsey to win a foursomes match against a team that included Padraig Harrington.

In three full years on the PGA Tour before injuries shut him down, Berganio had two good chances to win. He played in the final group of the Byron Nelson Classic in 1997 with the eventual winner, 21-year-old Masters champion Tiger Woods. Five years later, he lost in a playoff at the Bob Hope Classic to Phil Mickelson.

Berganio doesn't spend a lot of time looking back at what could have been, because his past starts long before he even got on Tour.

"I'm not angry," he says. "Coming where I've come from, I never would have expected the life I've lived."

He has three PGA Tour starts remaining on his medical extension. He wants to use them wisely. He thought Detroit was a wise move until American Airlines didn't get his golf clubs to him on time. For Berganio, there was only one option.

"That's the one thing that went through my mind when I did get my clubs," he said. "I feel good, but am I going to be able to compete not seeing the course? I'm going to be taking a spot away from a younger kid. Someone else will benefit more than I would. And look what he did. I'm so happy for Nate."

An unselfish act. An unlikely victory.