Despite hardships, Michael Johnson 'ready to go at all times' ahead of U.S. Open 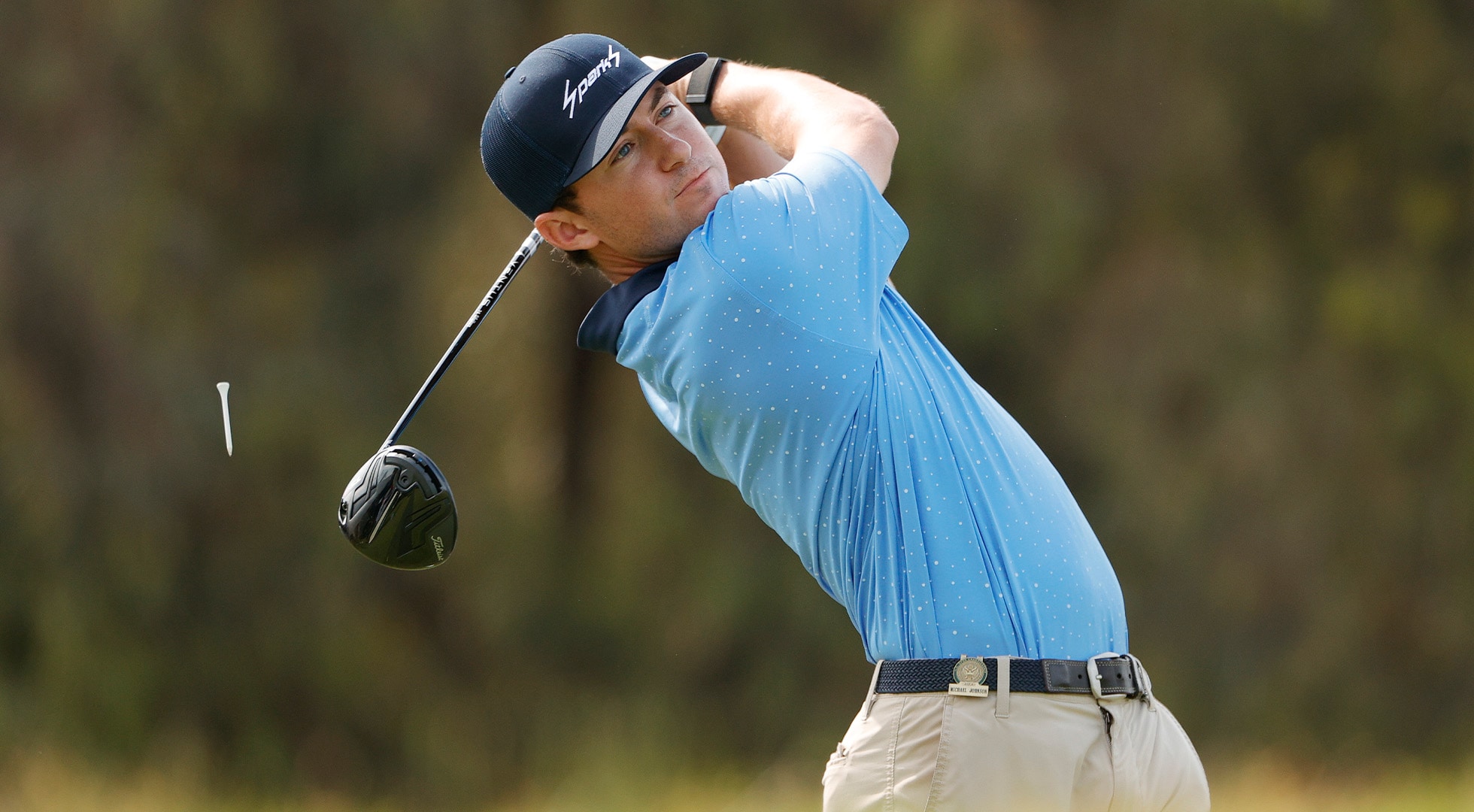 SAN DIEGO – His superstar pals departed at the turn, leaving Michael Johnson in a reflective mood as he walked down Torrey Pines’ first fairway.

Johnson was part of that ballyhooed high school class of 2011 – the one with Jordan Spieth and Justin Thomas and Xander Schauffele – but the 28-year-old from Birmingham, Alabama, serves as a reminder that not everyone from that gilded group followed the same meteoric trajectory.

This is not just Johnson’s first U.S. Open, but his first major, period. He’s played in only six PGA Tour events, none since 2017. He’s been grinding on the mini-tours and has status on the eight-event Forme Tour. This life on the periphery comes as a surprise to anyone who watched him as an amateur, when he was one of the top 10 juniors in that class and, once at Auburn, became a five-time winner, an All-American and one of the finest products in program history.

Though there’s a temptation to compare his current standing in the game to that of his former classmates, Johnson has always resisted. “We’ve all got our own path,” Johnson said. After all, Spieth may have been dubbed the Golden Child but he flamed out of Q-School’s second stage. Thomas apprenticed for a year on the Korn Ferry Tour. For years Schauffele was criminally overlooked. Johnson’s journey included finding himself as a young man after he endured a family tragedy. His older brother, Bradley, who a year earlier had lost in the finals of the U.S. Junior, died in a tragic car accident in 2006. In seventh grade at the time, Michael had to re-learn how to love a game that reminded him of his brother. He still carries those painful memories with him, marking each of his golf balls with Bradley’s initials.

Real-life perspective isn’t hard to find, so when Johnson couldn’t parlay his initial splash on Tour (a T-3 at the 2016 Barbasol) into something bigger, something better, he didn’t stress. He toiled for three years on the Korn Ferry Tour, never getting close to a promotion, finishing no better than 72nd in points. This is his first Open appearance in large part because he hasn’t tried to be here. A Korn Ferry Tour event usually conflicts with U.S. Open week, and he was desperately trying to maintain his status and couldn’t afford even one week off.

“It would have been too tough to take a week off, compete, and potentially not get something out of it,” he said.

That wasn’t the case this year. After losing his card in 2019, he was relegated to the mini-tours, which then became an extended stay because of the pandemic. His 2021 schedule has consisted of little-known events and Monday qualifiers; soon, he’ll be exempt through the first reshuffle on the Forme Tour, a U.S.-based alternative to the Canadian circuit. It’s a stressful existence but one that everyone in his position has no choice but to embrace. He’s well aware there are hundreds more just like him, awaiting the same opportunities.

“With no status, you just have to be ready to go at all times,” he said.

His sole focus recently was on qualifying for Torrey Pines, and Johnson advanced through the Tour-rich Columbus stop after pouring in 15-foot par putts on his 34th and 35th holes of the day.

“It’s cool to be here,” he said, walking down the first fairway, “but my intention is to play well. I don’t know if that means I’ll finish 50th or 10th. I’m sure I’ll be nervous on the first tee, but it’s just a cool thing – me and my best friend, we used to do putting contests, saying, ‘This is for the U.S. Open!’ So it’s pretty cool to actually be in one.” 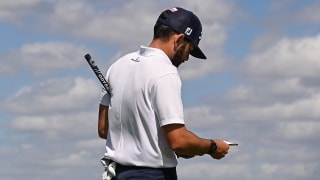 Here is a closer look at 10 not-so-notable names teeing it up this week at Torrey Pines.

Before the Open, Johnson texted Thomas, his longtime friend and former class of 2011er, to set up a practice round. He wanted to pick his brain about how to attack Torrey Pines. Thomas admitted he wasn’t the best resource – he’d only played Torrey twice, and not since 2015 – so he recruited someone else with more course experience: Spieth, whom Johnson had once outdueled to win a Junior Players title back in 2010.

They rounded out the foursome with another member of the 2011 class: Patrick Rodgers, who many at the time actually viewed as the best prospect.

Playing the back nine Tuesday, Johnson didn’t appear out of place amid that star-studded company. He drove it plenty long. He launched his iron shots high and landed them softly. He displayed a deft touch on and around the greens. He looked every bit like your run-of-the-mill Tour player, just with fewer corporate sponsors, save for a Cross-Eyed Owl Brewing Company hat.

There was an empty course ahead and more major preparations to be done, and yet one question needed answering: Why keep going? When after five years as a pro he’s still no closer to accomplishing his dream when the gap between him and his famous classmates seemed as wide as ever?

That’s when Johnson ticked off five reasons, in rapid succession, showing he’s still as hungry at 28 as 18.

“Two, I still think I can make it.

“Three, my wife and family still think I can make it.

“Four, I don’t know many jobs that you can still make $2 million while not being the best at it.

“And five, well, I’m also crazy. All golfers are crazy. It’s a brutal game. But if you have a good week in a golf tournament, there’s not a much better feeling in the world. You’re proud of yourself. And that’s what I’m after.” 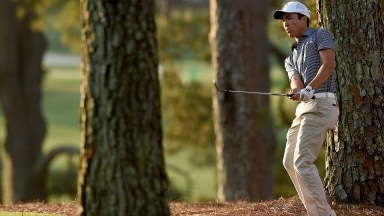 Not every member of the Class of 2011 is flying in jets and collecting trophies. Others are struggling in the minors, while some don't play professionally.