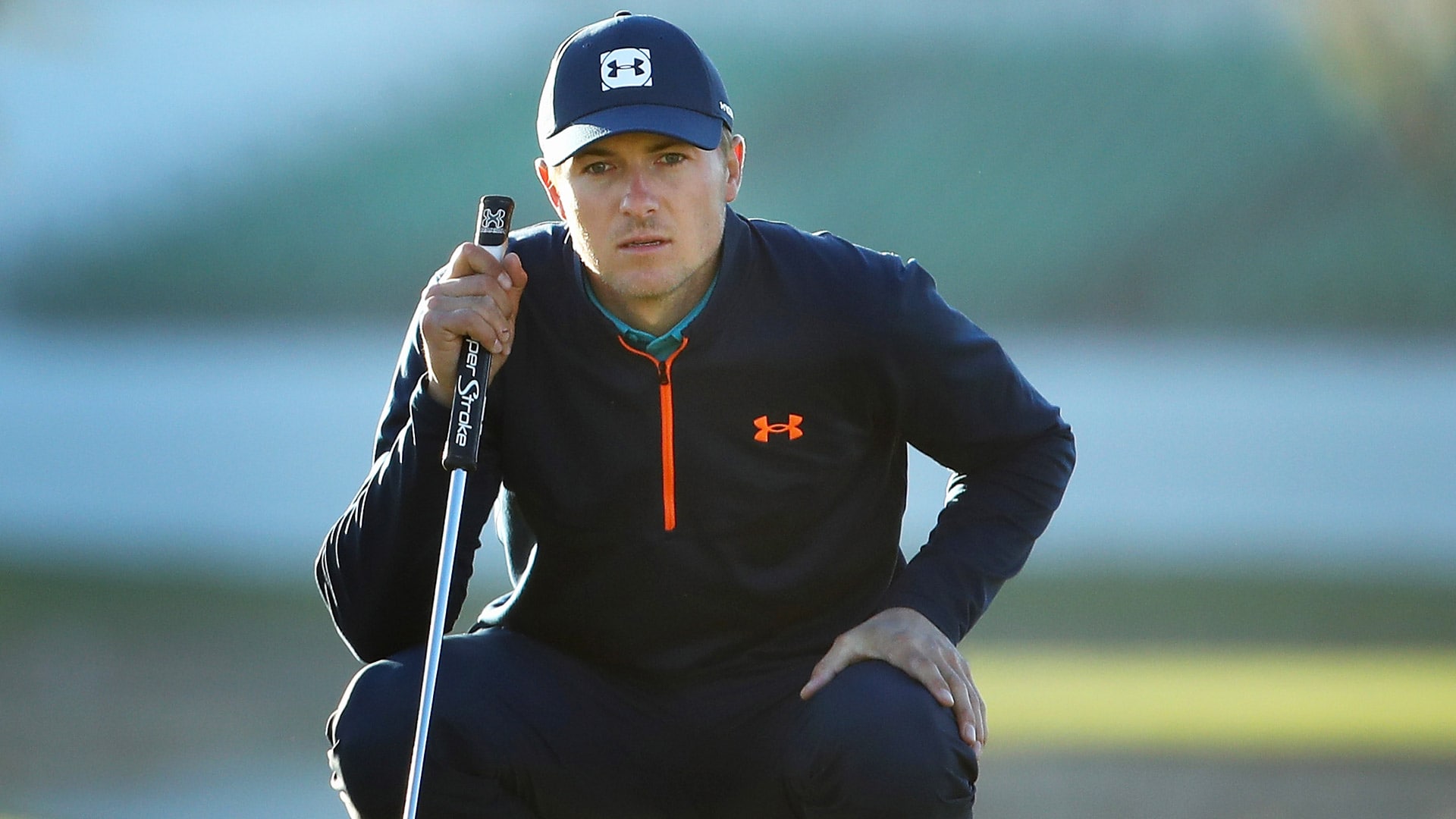 SCOTTSDALE, Ariz. – While he showed some signs of progress during the second round, Jordan Spieth is still leaving the Waste Management Phoenix Open two days earlier than he had hoped.

The former world No. 1 dug himself an early hole with an opening-round 74 at TPC Scottsdale, but he clawed back toward the cut line as part of Friday’s early wave. Needing a birdie on his last hole of the day to make the cut, he instead made a bogey and signed for a 2-under 69 that left him on the outside looking in at 1 over.

Spieth found 16 of 18 greens in regulation Friday but failed to capitalize on multiple opportunities, including a three-putt bogey from inside 9 feet on the 16th hole. He also offered several displays of on-course emotion that were surprising even by his standard, swiping his club at times following poor swings or missed putts.

“I just really wanted it. I wanted to play the weekend. I had a bunch of buddies coming into town, wanted to kind of give them something to watch the next couple days,” Spieth said. “When I couldn’t do the easy part for me, which is putting, that’s what was so frustrating. It hasn’t been like that. It’s been putting saving me, and today it was kind of a little bit of the opposite.”

Coming off a T-55 finish at the Farmers Insurance Open, Spieth revealed that he strengthened his grip by 5 degrees Tuesday in consult with swing coach Cameron McCormick. He acknowledged that the change could take “a couple weeks” to implement, but it was made with an eye on the Masters and his ball-striking stats did receive a boost during his second round at TPC Scottsdale.

“Overall, I’m really happy with the progress I made off the tee,” Spieth said. “That was the best I’ve driven it in a couple years. So when that happens, I know the rest of it is kind of coming.”

Spieth will now head to the AT&T Pebble Beach Pro-Am, followed by the Genesis Invitational. But from there his schedule is unknown, as he’s currently ranked 51st in the world and expected to drop following his missed cut in Phoenix. Spieth would need to move back inside the top 50 over the next two weeks to qualify for the WGC-Mexico Championship, and he’ll need to stay inside the top 64 by March to retain a spot in the WGC-Dell Match Play Championship in his home state of Texas.

While Spieth has been exempt for every WGC event since the summer of 2013, he shared that he won’t alter his typical schedule in order to chase qualification, and added that he might even skip the Mexico event if qualified since it would be his fifth start in as many weeks.

“I don’t know where I’m at in the world ranking, and I don’t care. I don’t look at it, and I don’t know where I would fall or potentially go or whatever that would knock me in or out of Mexico,” Spieth said. “If I don’t get into tournaments, I don’t get into tournaments. That doesn’t really matter to me. Just play the schedule that I play and try to win golf tournaments. … But you need to play all four rounds to win.”