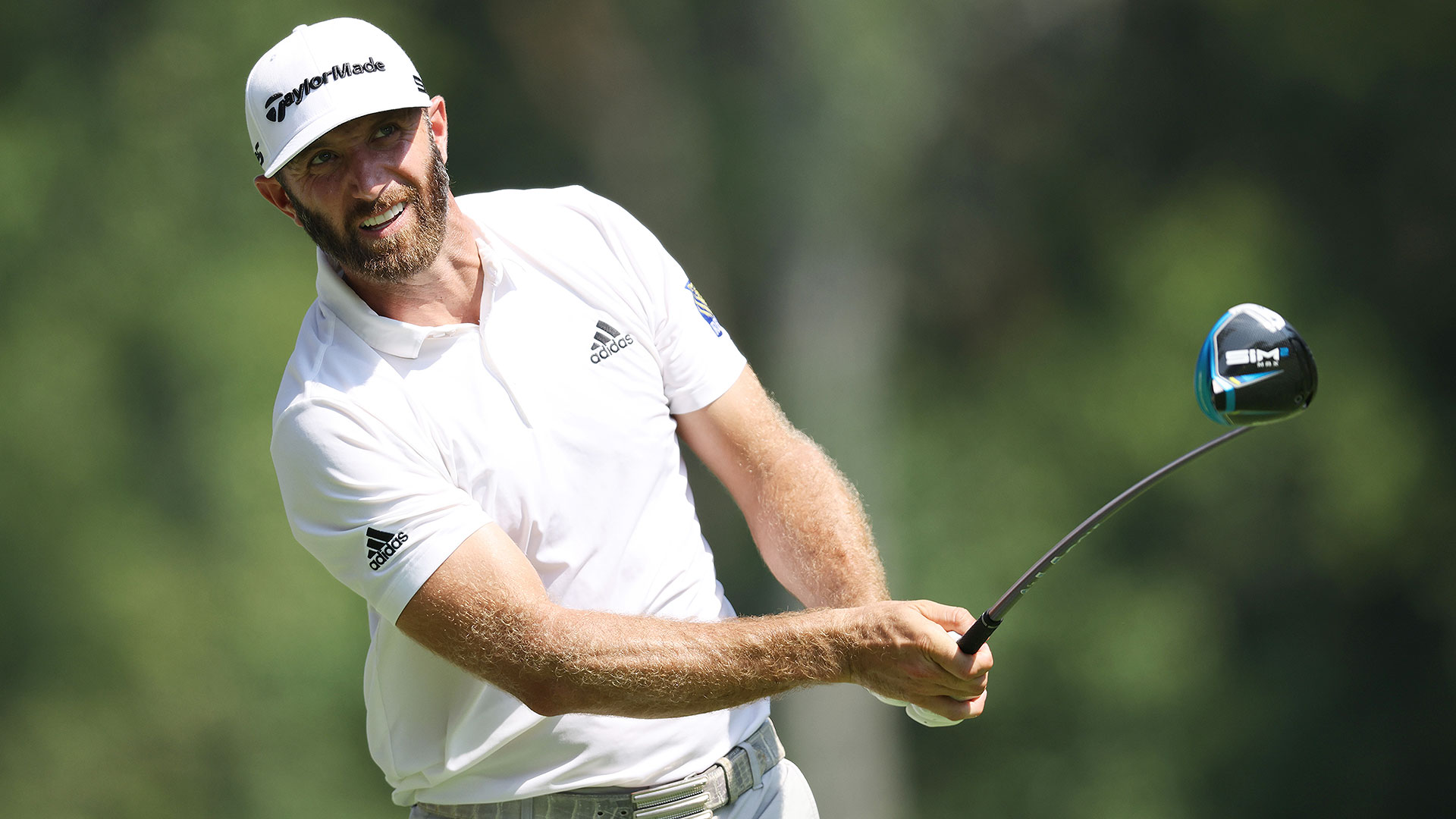 Dustin Johnson got off on the wrong foot in his FedExCup title defense, missing The Northern Trust cut because of a broken driver dilemma. But a new driver meant a new player at the BMW Championship.

Before Round 1 at Liberty National, Johnson noticed a crack in the crown of his TaylorMade SIM2 driver and played with a 3-wood. Unable to find a satisfactory replacement for Round 2, fellow U.S. Open champion Lucas Glover loaned Johnson his backup, but Johnson shot a 72 and had an extra three days' rest, compared to many in this week's field.

But with Johnson safely in the BMW Championship, he had plenty of time to find a new SIM2, which he drove straight to an opening-round 67, his second-lowest Day 1 finish since February's Genesis Invitational, tying him for seventh. The 37-year-old ranked T-3 in the field in driving distance, with a 310-yard average on all holes.

"Yeah, very pleased," Johnson said. "I felt like I drove it well, kept it in play. I hit a lot of fairways, which you've got to do out here. The course is pretty long. There's a few short holes but not too many. Yeah, felt like I hit my irons really well, gave myself a lot of looks."

With the BMW Championship being the first PGA Tour event ever held at Caves Valley Golf Club, the majority of the field has never played the course. However, that's not the case for Johnson and Webb Simpson, who's tied with Johnson on the leaderboard.

They've both played multiple times at Caves Valley, playing it together in the '07 Palmer Cup. Johnson was a senior at Coastal Carolina and Simpson was a Wake Forest junior.

"Feel like I remember the golf course," Simpson said. "It's certainly longer, but more open maybe. They cut down it seems like a lot of trees. Yeah, I remember it pretty well."

"I mean, there's a few holes I remember, but it was a long time ago when we played it," Johnson said. "I actually played quite a few rounds here, but it's changed a lot. It's a lot longer than it used to be, and it looks a lot different. But there's a few holes that are really similar that I remembered."

Their experience in Owings Mills, Maryland, served them well on Day 1 and the added length was no problem for Johnson, who lost last year's BMW Championship to Jon Rahm in a playoff at Olympia Fields. Johnson, currently 22nd in FedExCup points, is looking to build off the hot start and get his first win since November. Simpson, meanwhile, is looking to jump 22 spots in the standings and get into the Tour Championship.