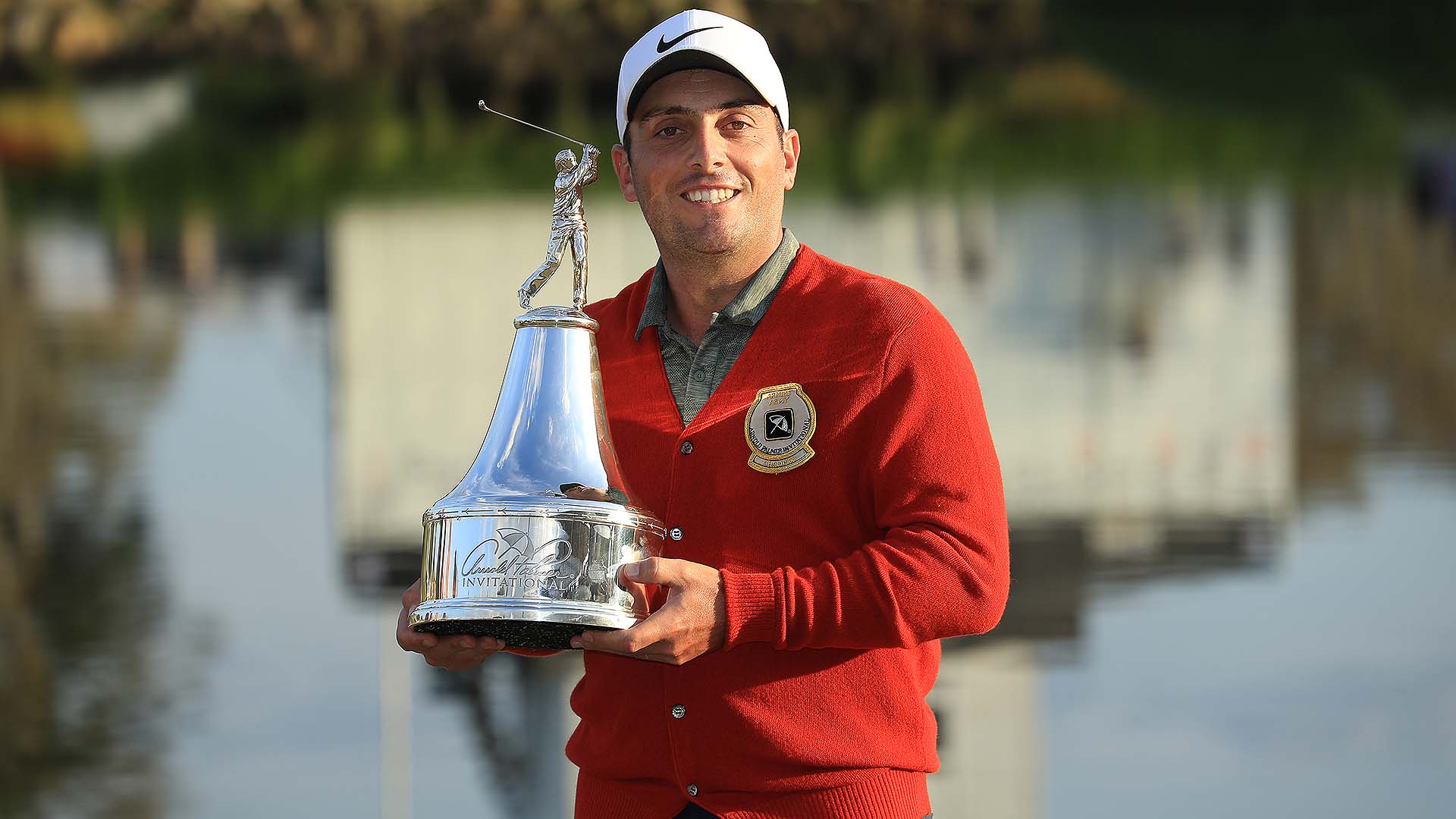 ORLANDO, Fla. – The clinical ball-striking is nothing new when it comes to the Francesco Molinari scouting report. Neither is his appearance on star-studded leaderboards, or his penchant for rolling in the occasional 44-foot birdie.

But buoyed by his breakout summer that included an Open triumph and a piece of Ryder Cup history, the Italian is continuing to play the best golf of his career at age 36. That means turning starts into chances and chances into wins, just as he did Sunday by firing a final-round 64 that left the rest of the field at the Arnold Palmer Invitational in his wake.

Molinari started the day in a tie for 17th, five shots behind Matthew Fitzpatrick. But he steadily climbed the leaderboard before essentially putting the tournament out of reach with his curling, long-range birdie on the 72nd hole, a putt that seemed to track the entire way down the sleek slope leading toward the looming pond in front of the green before clinking off the flagstick.

It fell just as the other leaders were making the turn, and it mirrored similar title-clinching putts from Tiger Woods and Rory McIlroy in years past as Molinari carved his own chapter of Bay Hill lore.

Last year it was McIlroy who carded a 64 for a two-shot win, producing a furious rally that brought the Orlando crowds to their feet. This time around Molinari matched him stroke for stroke, including that final birdie that elicited a smile and a fist pump from the otherwise placid Italian.

But this wasn’t a back-nine comeback as much as it was a steady, surgical performance on a day when the leaders struggled and the chase pack largely idled.

The same man who went years without a PGA Tour triumph now has three in the last nine months, not to mention his victory in May at the BMW PGA Championship. His methodical efforts used to produce six-figure paydays. Now they’re adding an extra comma to his checks with some regularity.

“He’s a bit of a different animal at the moment, isn’t he?” said Tommy Fleetwood, who finished three shots back in a tie for third. “His game is sharp and he’s very confident, and he’s getting used to winning. So we’re just trying to keep up.”

Molinari has been largely quiet in the new year, taking six weeks off between starts as he battled illness and adjusted to new Callaway equipment as part of an endorsement deal that was publicly announced this week. But he sprang back to life Sunday at Bay Hill, where the greens took on a brownish-green hue and tucked pins made birdies hard to find. He tracked down eight of them, including four over his final seven holes – all without dropping a shot.

It was the same type of steady performance he authored at Carnoustie, where 36 holes of bogey-free golf on the weekend helped him get his hands on the claret jug. Or the showing that turned the Quicken Loans National into a rout the month prior, or the one he put forth at Le Golf National that European Ryder Cup fans will be talking about a generation from now.

In the chicken-or-egg phenomenon of sports, it’s hard to pinpoint the moment where potential turns into results, which beget further results. But it’s clear that the summer of 2018 has had a profound impact on Molinari in the place it counts the most: between the ears.

Molinari shined this week with a complete body of work over a field that included five other players ranked inside the top 10. He led the field in strokes gained off-the-tee, finished fourth in strokes gained putting and fifth in scrambling. Needing every facet firing during a difficult final round, he produced the total package.

“The thing is I think he’s just improving a little bit in every area,” said caddie Pello Iguaran. “That’s just taking him up a level. You can go down or up, but at the end the total is a little bit higher. I think it’s been about that.”

Incremental gains rear their head most notably in square-free scorecards. Molinari has made bogey-free living something of a calling card in recent months, playing at least the final 27 holes without a bogey in each of his four worldwide victories since May.

It certainly made him stand out Sunday at Bay Hill, where every other contender got tripped up at some point along the way on a demanding layout that left little margin for error.

“I think what makes the difference is my mental approach is a lot better than it was three or four years ago,” Molinari said. “It’s not happened overnight. It’s taken a lot of time, especially for a guy like me that maybe wasn’t naturally enjoying those situations as much. Now I’m just more prepared to deal with whatever comes my way.”

As Molinari spoke to the media wearing the red cardigan that now goes to the champion, the swagger and bravado of the tournament’s namesake seemed to flow through the stitching. Arnold Palmer never lacked for confidence, and the soft-spoken Italian isn’t running low either after reminding his peers of exactly the heights his well-rounded game can reach.

“Obviously a lot of people were asking me how are you going to follow up last year, and the way was just to work hard and keep improving what we thought, myself and my team, that we could improve,” he said. “Obviously this shows that we did a good job during the winter.” 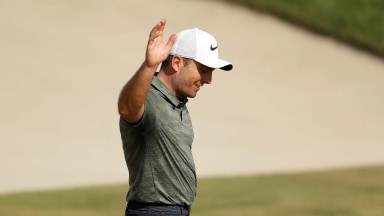 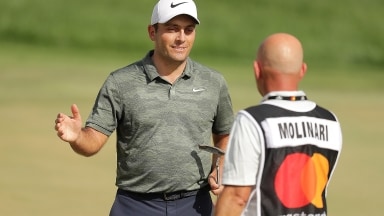 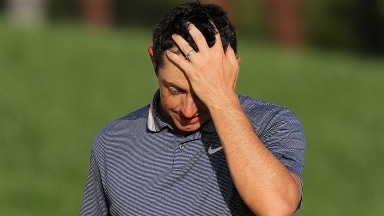