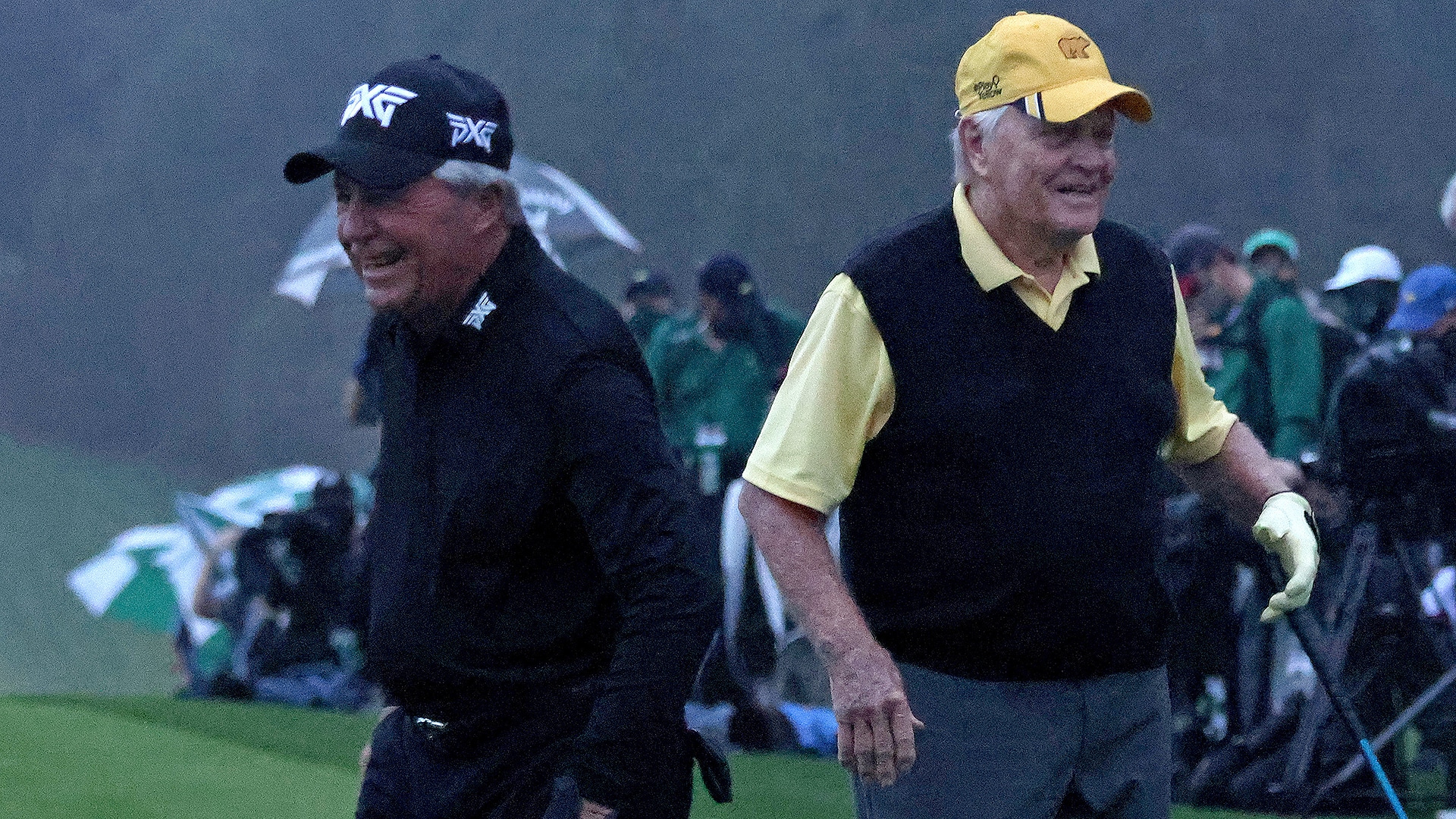 Starters Gary Player and Jack Nicklaus opened the tournament with a pair honorary tee shots on the first hole.

“Nice of all you guys to come out here this time of the morning,” Player told a gathering of more than 200 people, including media, those in green jackets and other observers. No patrons are allowed on site this week.

"Last night I said to [Barbara], I said, 'I think it would be kind of fun if you would put on a caddie uniform and do that,' and she said, 'Oh, I don't want to do that.'  I said, 'Yeah, you do, it'll be fun. You'll enjoy it. Everybody loves you, and it'll be a treat for the people.' So Barbara put it on," Nicklaus said.

The initial shots rang out at Augusta National Golf Club around sunrise, though, the sun was well hidden behind the clouds and haze. The Friday forecast called for rain, including thunderstorms, throughout the morning and leading into the early part of the afternoon.

Only light drops fell, however, as the legendary twosome initiated a Masters that nearly never was. The event, normally scheduled in April, was postponed because of the coronavirus pandemic.

Thirty-five minutes after those two shots, a horn sounded to suspend play.

It was announced on Monday that Lee Elder, the first Black player to compete in the Masters, in 1975, would join Nicklaus and Player as an honorary starter in 2021.

"As time goes on, it's grown on me to be something that I've really looked forward to and enjoyed," Nicklaus said, "and I really enjoyed today because Gary hits the ball so much further than I do now and nobody could see the drives where they went, so it was OK."