Getting a PGA Tour card is tough; keeping it is no picnic 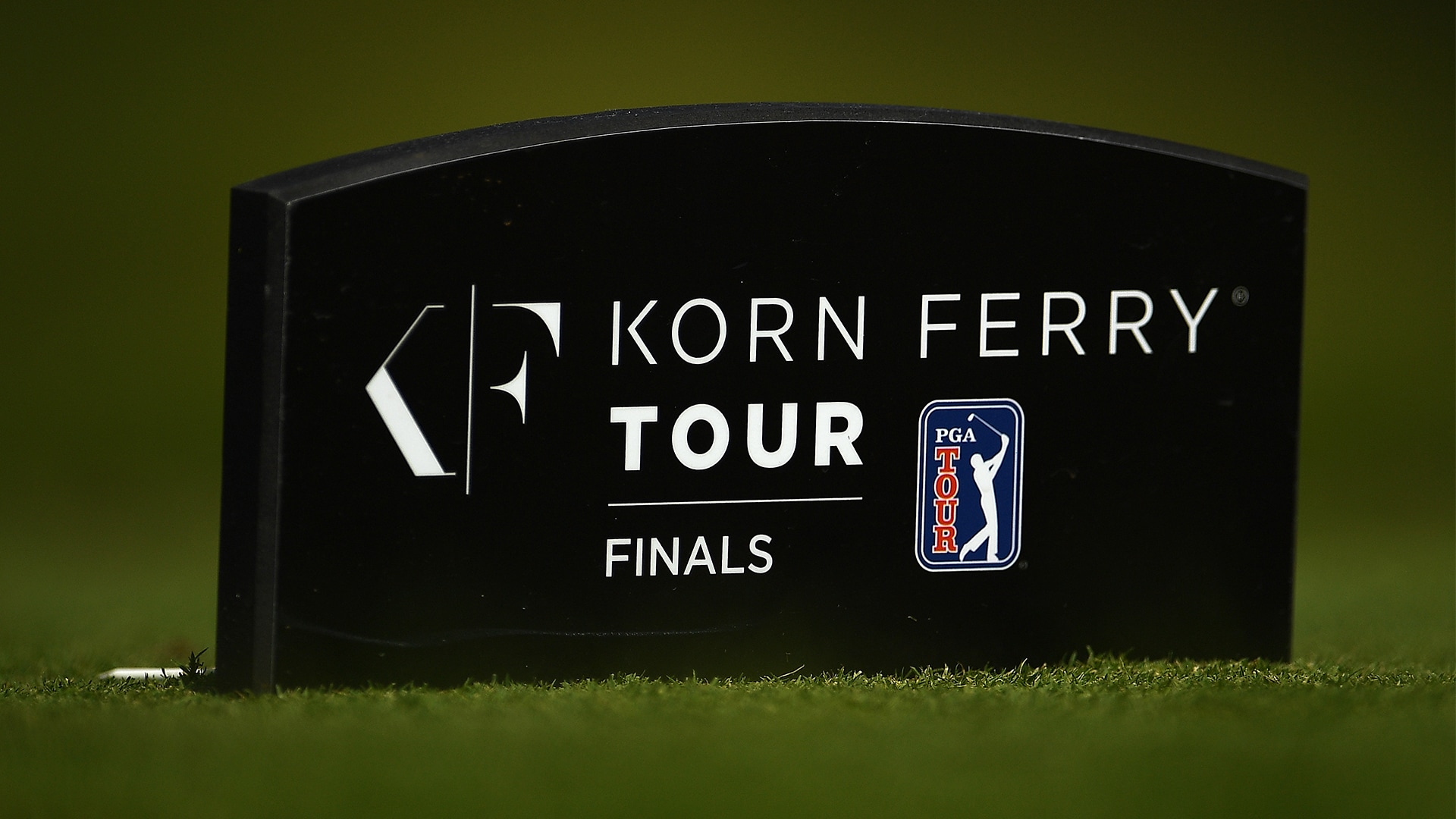 Tyler Duncan played his best golf over the final nine holes of his long season, making four birdies on the back nine to close with a 66. That meant getting a PGA Tour card for the third straight season, twice through what now is called the Korn Ferry Tour Finals.

D.J. Trahan also delivered a clutch moment with an approach to 3 feet for birdie on the last hole to get one of the last cards.

The Korn Ferry Tour Championship, the final chance to earn a PGA Tour card for 25 players, was at times exciting, exhausting and exhilarating for those who made it. And it's also just the start.

Getting a PGA Tour card is tough. Keeping it is no picnic.

The new PGA Tour season starts Sept. 12 at the Greenbrier, with six domestic events and one at the Mexican resort of Mayakoba, all of them offering full FedExCup points and an invitation to the Masters for the winner.

Optimism is never higher. The PGA Tour in September is right up there with Major League Baseball in March.

Now for the bad news: If the last three years are any indication, some 60 percent of the players who earned PGA Tour cards won't be keeping them.

Of the 50 players who earned PGA Tour cards last year – either the regular season or the finals series of what is now the Korn Ferry Tour – 31 failed to finish among the top 125 in the FedExCup to retain full status.

As for that optimism? There's no predicting who's going to get hot in what week. One adage passed down from veterans over the years is that players typically make 80 percent of their money from 20 percent of their tournaments.

Five players who earned cards from the Korn Ferry Tour – either the regular season or the finals series – won on the PGA Tour the next year. That includes Max Homa at Quail Hollow and Adam Long at the Desert Classic, where he beat Phil Mickelson by one shot.

The previous year, seven players who had to earn tour cards went on to win, four of them getting a Masters invitation. That group included Ted Potter Jr., who took down Dustin Johnson at Pebble Beach. And in 2016-17, the list of nine winners included Xander Schauffele and Bryson DeChambeau. 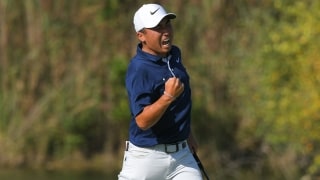 Patty Tavatanakit is sure to join the LPGA tour next year based on her play on the Symetra Tour.

But the UCLA alum still has to wait.

Tavatanakit rallied from six shots behind to win the Sioux Falls GreatLife Challenge last week for her third victory of the season on the Symetra Tour. Previously, three Symetra Tour victories earned an instant promotion to the LPGA, a policy that changed last year with the introduction of the Q-Series on the tour, which is a pair of 72-hole tournaments in consecutive weeks.

The 19-year-old Thai didn't sound bothered by it all. Tavatanakit is No. 2 on the money list with $110,487, leaving her about $3,000 short of Perrine Delacour, who has played 17 times on the Symetra Tour. Tavatanakit has won three times in just eight starts.

''It's hard to get a picture of what I've been able to accomplish,'' Tavatanakit said. ''I set my goals and have lived in the moment really well for the past three months since turning pro. I just focus on what I need to do to be a better player. All I want is to improve every time I step on the course. It's pretty unreal for how far I have come and what the future holds too.''

CALLING ON THE HALL

Justin Rose doesn't know the criteria to be considered or even voted for the World Golf Hall of Fame.

His objective is to take the guesswork out of the equation.

Strictly by his PGA Tour record, Rose has too many other players ahead of his 10 victories and one major championship. But he has 10 other victories on the other five major tours in golf, not to mention that Olympic gold medal from Rio in 2016. He also has a FedExCup title and has reached No. 1 in the world.

''I'm knocking on the door, but I feel like you want to bash the door down and make it an easy decision,'' Rose said. ''I don't want to be on the fringe of it.''

Next in line is Tiger Woods, who turns 44 at the end of the year. Rose turns 40 next year, as does Adam Scott, who has more victories on the PGA Tour and worldwide; and Sergio Garcia. Jim Furyk also merits plenty of consideration with his 17 victories, a U.S. Open and uncanny consistency.

''Is it two majors and 20 PGA Tour events? I don't know if there's a criteria,'' Rose said. ''I've definitely had some cool moments in my career that definitely stand out. Hopefully, if it ever happened, they'd look favorably on that stuff. But I want to kick on. I want to prove more to myself. I want to be a multiple major champion.''

He mentioned players like Jordan Spieth, Brooks Koepka and Padraig Harrington, each of whom won three majors or more in a span of three seasons.

''If you catch fire and you catch a break here and there, you can pick up a couple of majors pretty quick,'' he said. ''So I'm looking for one of those spells and phases late in my career.''

NO NEED FOR OVERTIME

Kevin Tway began the season by winning the Safeway Open in a three-way playoff. Three weeks later, Xander Schauffele made birdie on the first extra hole to beat Tony Finau in a playoff in Shanghai. Charles Howell III ended the fall portion of the season with a playoff victory at Sea Island over Patrick Rodgers.

That was on Nov. 18. And that was the last playoff of the PGA Tour season.

None of the 37 tournaments (stroke play) from Kapalua in January through East Lake in August had to go extra holes.

There were 13 events won by one stroke, though not all of them came down to the final shot. Among the tournaments that were a birdie putt away from a sudden-death playoff were Adam Long making birdie on the 72nd hole in the Desert Classic, Keith Mitchell making birdie on the last hole of the Honda Classic and perhaps the most memorable, Matthew Wolff making eagle on the final hole to win the 3M Open, but only after Collin Morikawa narrowly missed his eagle putt.

For the fifth straight year, the PGA Tour had more than 100 players go over $1 million in earnings for the year. There were 114 millionaires in 2019, tying the record set the previous year. ... Former U.S. Open champion Michael Campbell is playing the Porsche Open, his first regular European Tour start in nearly five years. ... Women's PGA champion Hannah Green of Australia became the fifth player to win multiple times on the LPGA tour this season. Jin Young Ko leads the way with four victories, including two majors. ... Scottie Scheffler won the Korn Ferry Tour points list for the regular season and the finals, meaning he is exempt for The Players Championship and will remain at the top of the priority list all of next season. 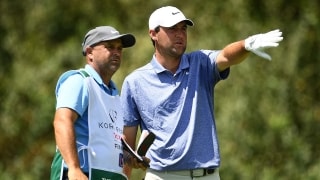 Webb Simpson earned the most money of anyone who did not win a PGA Tour event last season. He finished No. 10 with $4.69 million.

''People are not giving us much of a chance. I mean, the whole of the U.S. team is in the top 20. We have one player in the top 20, and that's just the way it is. But somebody is going to win 15+ points, and at the end of the day, that's our aim.'' – Presidents Cup captain Ernie Els.