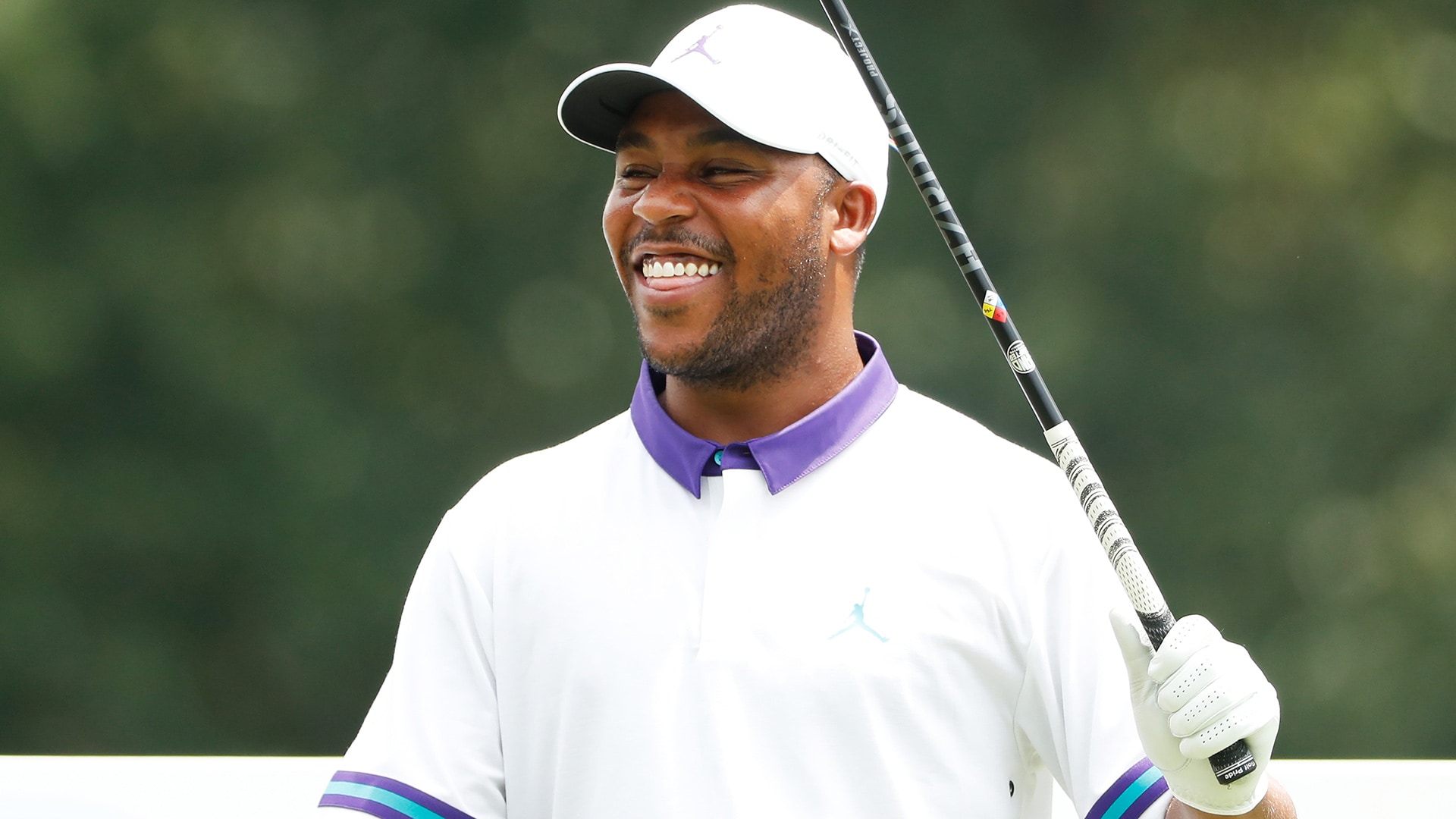 GREENSBORO, N.C. – Harold Varner III, Tom Hoge and Roger Sloan each shot 8-under 62 on Thursday to share the first-round lead at the Wyndham Championship, the PGA Tour's final regular-season event before the FedEx Cup playoffs.

Varner started the go-low parade at at Sedgefield Country Club with an eight-birdie, no-bogey round that matched his career best on the PGA Tour Hoge and Sloan, playing together, followed suit later in the round, Hoge also matched his career low on tour, while Sloan's score set his personal best.

There were 33 players on the course who had not finished when the round was suspended due to bad weather.

Hoge looked like he might have a shot at 59 after he went eagle-birdie on the 15th and 16th holes to reach 9 under.

But Hoge, who first played on the PGA Tour in 2015 and has never won, missed a 10-footer for birdie on the 17th before his only bogey on No. 18 to drop into the tie.

Sloan had birdies on the 16th and 17th holes and had a chance at 9-under to take the lead alone, but came up short on a 15-foot birdie try on the final hole. The strong start was especially crucial for the 33-year-old Canadian, who came into the tour's last regular-season event at 178 in FedEx Cup points - well out of the 125 cut off to make next week's first postseason event, the Northern Trust in Boston.

Sloan is projected to rise into the top 50 should he maintain his position.

"Honestly, I don't have to do anything," he said. "I'm very blessed that I have status on the PGA Tour next season. That's important. I'm going to get starts, I think that frees you up"

All three leaders are seeking their first tour wins.

The trio were two shots in front of Harris English (64). A large group was at 5-under led by former Masters champion Patrick Reed.

Past U.S. Open champion Webb Simpson led another pack at 4-under 66.

Paul Casey, who tied for second last week at the PGA Championship, was at 67.

Some other PGA Championship contenders last week were not as fortunate.

Both Brooks Koepka and Justin Rose, each in the mix in the final round of the year's first major, could not keep that going in this one.

Koepka was 10 shots behind after a 72. Justin Rose finished a stroke worse at 73.

Koepka said he was flat after playing several weeks in a row. "A bit tired, to be honest with you, so definitely came out flat," he said. "But I've got to play, I've got no other option."

Koepka said even moving up a spot or two in FedEx Cup standings is helpful to advance, so that's why he passed up a week off to compete. 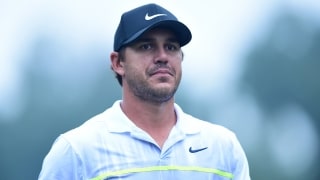 Playing in his sixth tournament in a row, Brooks Koepka would prefer to have this week off. But needing to make a push for the playoffs, Koepka began the week "pretty flat."

He also said he apologized for his comments after Saturday's third round last week that he didn't know "a lot of the other guys" on the leaderboard.

"I get it, I get how it came across and I apologize for that," Koepka said.

Varner had eight birdies, including four in a row midway through the round, without a birdie his first 15 holes. He finished with three pars.

Varner, who went to high school in Gastonia about two hours away and college at East Carolina, was disappointed he couldn't play in front of friends and family due to the ongoing pandemic.

"It's unfortunate this year because I enjoy the cheers and stuff," he said. "But we'll get through this year and figure it out. Yeah, it's just good to be close to home."

Hoge started crunching the numbers after he reached 9-under with two holes left. "I thought we could birdie the last two, but you've got to put it in the fairway," he said after his tee shot on No. 18 went into the rough leading to bogey.