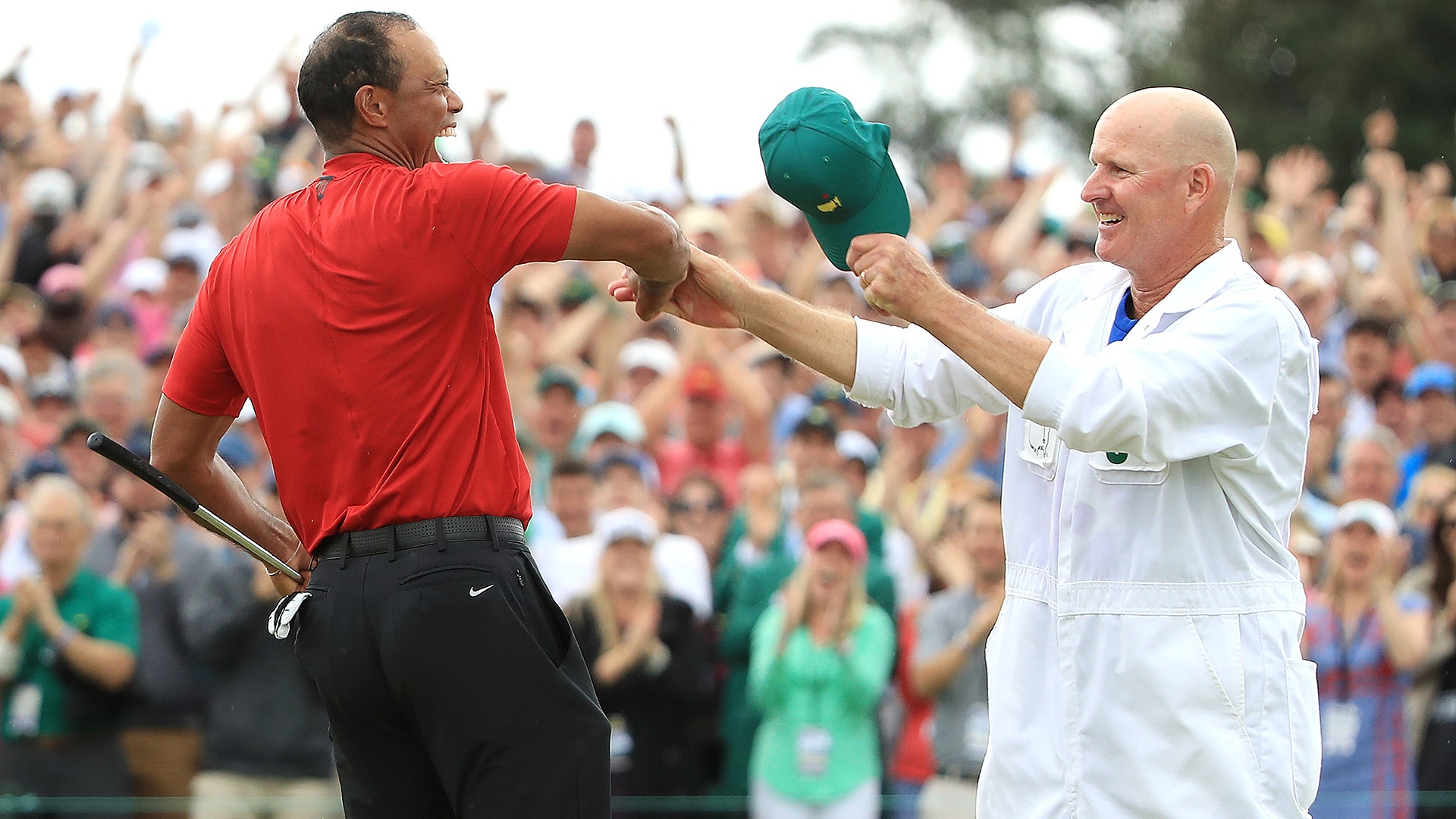 Speaking to The Caddie Network, LaCava said the two men shared another moment soon after the final putt fell at Augusta National, but not much needed to be said.

“We just kind of looked at each other and soaked it all in," LaCava said. “It was still only seven minutes since he putted out and it’s hard to take it all in at that point, but we just took a deep breath. Nothing was really said. He basically said, ‘We did it,’ again. But we got to share the moment and smile at each other. It was such an achievement, a proud moment more than anything.

"Nothing needed to be said because we could read each other’s minds."

LaCava has worked for Woods since 2011 and stuck with Woods despite periods of inactivity because of injuries and surgeries. They won their first tournament together since 2013 at last year’s Tour Championship.

“Tiger did send a message that said, ‘We did it, appreciate you hanging in there with me, I love you like a brother,’” LaCava said. “And I sent one back very similar to that. Hopefully we’ll have a nice sit-down dinner and rehash everything at the next tournament and not necessarily celebrate it, but enjoy it and reminisce a little bit.”

The next tournament is likely the Wells Fargo Championship in two weeks, in Charlotte, N.C. The next major opportunity is soon thereafter at the PGA Championship, which will be contested at Bethpage State Park in New York, May 16-19.

LaCava is a die-hard New York Giants fan and was sporting a Saquon Barkley (Giants running back) t-shirt underneath his caddie overalls at Augusta National.

Woods won the 2002 U.S. Open at Bethpage Black and is the favorite to prevail again, 17 years later. That would drive the local fans into a frenzy.

“Tiger with two other big names like Brooks [Koepka], Dustin [Johnson] kind of thing or Tiger, Rory [McIlroy], and J.T. [Justin Thomas] … it’s just going to be an incredible grouping. That will be off the hook, too.”

This was the second time LaCava has caddie for Masters champion. He was on the bag for Fred Couples in his 1992 victory and said Couples was thrilled for both his former employee and Woods.

“He was texting me all week,” LaCava said. “Believe it or not he told me, ‘I’m just so excited for you,’ Sunday after the fact, ‘If not more excited than when I won in ’92.’ That’s just who he is. And he’s always loved Tiger throughout the years.”