Justin Thomas catches fire on back nine, hangs on to win The Players 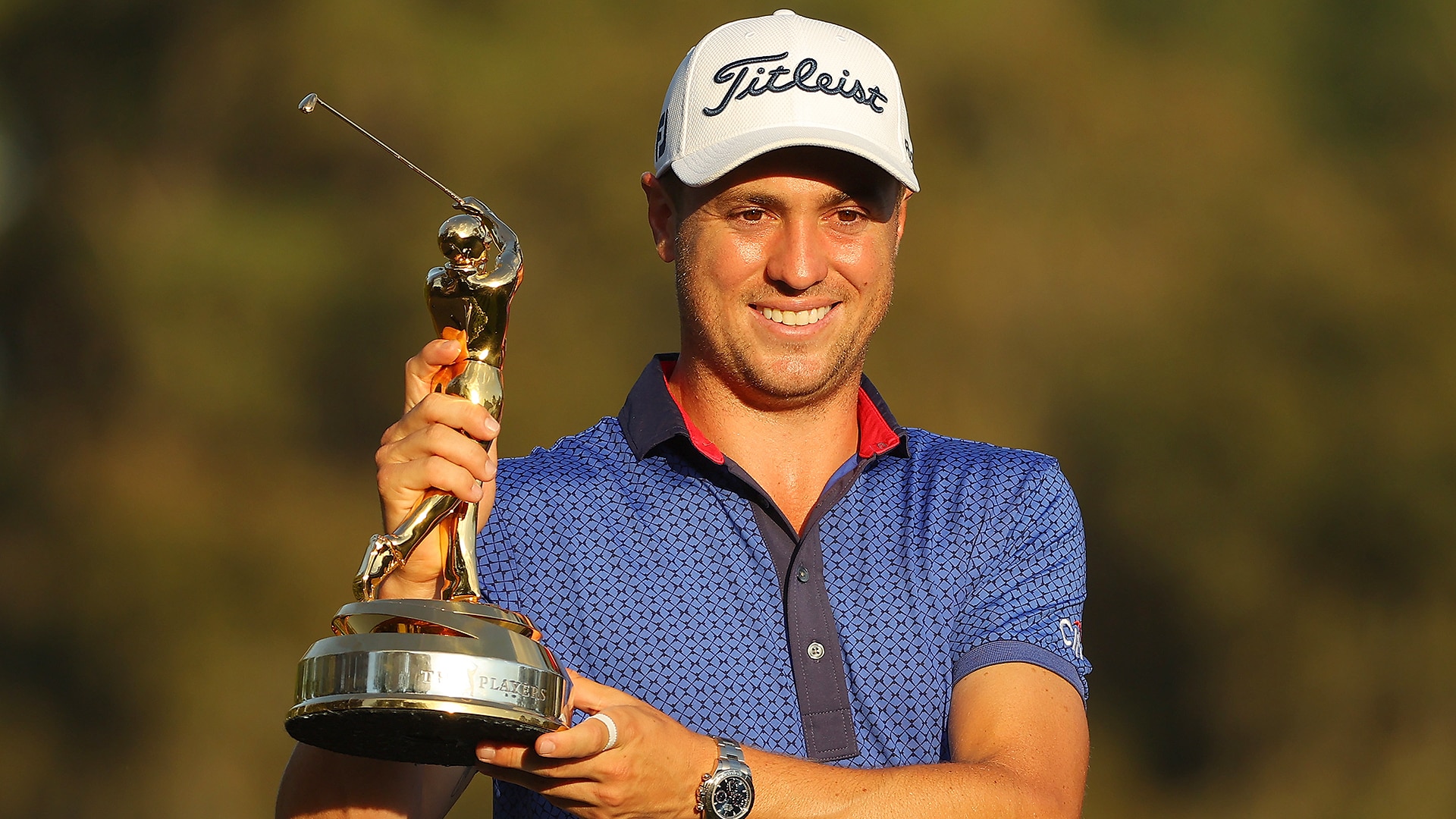 While technically not a major championship, The Players Championship provided some major theatre on Sunday, as Justin Thomas chased down Lee Westwood and Bryson DeChambeau and then held on to win at TPC Sawgrass. Here’s everything you need to know:

How it happened: At the beginning of the day, it looked like Westwood, the leader by two, and DeChambeau, looking for back-to-back trophies, would again battle it out for the second straight week – and even more so as Westwood birdied the first hole. But neither had their best stuff on Sunday. In fact, the fourth hole was downright dreadful – DeChambeau topped and shanked shots, Westwood sliced one and they combined to go 3 over on the short par 4. 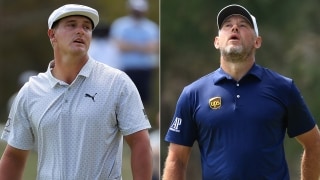 While both players still had a chance to win entering the last few holes, they also allowed Thomas to take control. Thomas couldn't buy a putt early on and didn’t make a birdie until the ninth hole, but that’s when he caught fire, birdieing No. 10, eagling No. 11 to take a one-shot lead and adding to his advantage with a birdie at No. 12. Westwood tied Thomas with an 8-foot birdie make at No. 14, but he hit two poor shots on the par-5 16th hole and then three-putted No. 17 to end his bid. DeChambeau played Nos. 12-16 in 3 under with an eagle at No. 16, but his early struggles dug him too deep of a hole. Thomas’ closing 68 capped a 14-under weekend performance at the Stadium Course, where Thomas was outside the cut line through 27 holes.

What it means: It hadn’t been an easy start to the year for Thomas. Some of it was self-inflicted, as Thomas uttered a homophobic slur at the year opener in Hawaii and was subsequently dropped by his clothing sponsor. But he also lost his grandfather, PGA professional Paul Thomas, in February, and Thomas’ play on the course had suffered with two missed cuts and no top-10s in four starts since Kapalua. “I've had definitely my fair share of lows this season,” he said after shooting 64 on Saturday, a low round that set up Sunday’s heroics. Now, Thomas is back in the winner’s circle for the first time since the WGC-FedEx St. Jude Invitational in Memphis last summer, and he’s won a Tour event for the seventh straight year.

Rounds of the day: Several players made nice runs up the board on the final day, including Corey Conners, Charles Howell III and Sungjae Im, who all shot closing 66s to increase the size of their checks. Conners moved up to solo seventh while Howell also posted a backdoor top-10 finish.

Shot of the day: Thomas’ eagle at No. 11 came from just inside of 20 feet, but we thought the celebration was even better.

Not to be overlooked, though, was his heart-stopping drive on the par-4 18th.

Biggest disappointment: The final pairing. Westwood and DeChambeau combined to shoot 1 under, and neither had a chance to win on the 18th green. That's incredibly disappointing. Westwood was constantly trying to salvage par and ultimately failed on the 17th. DeChambeau never seemed to get on track after the debacle at No. 4.

Quote of the day: "I fought so hard today, stayed patient. Probably one of the best rounds of my life, tee to green." - Thomas