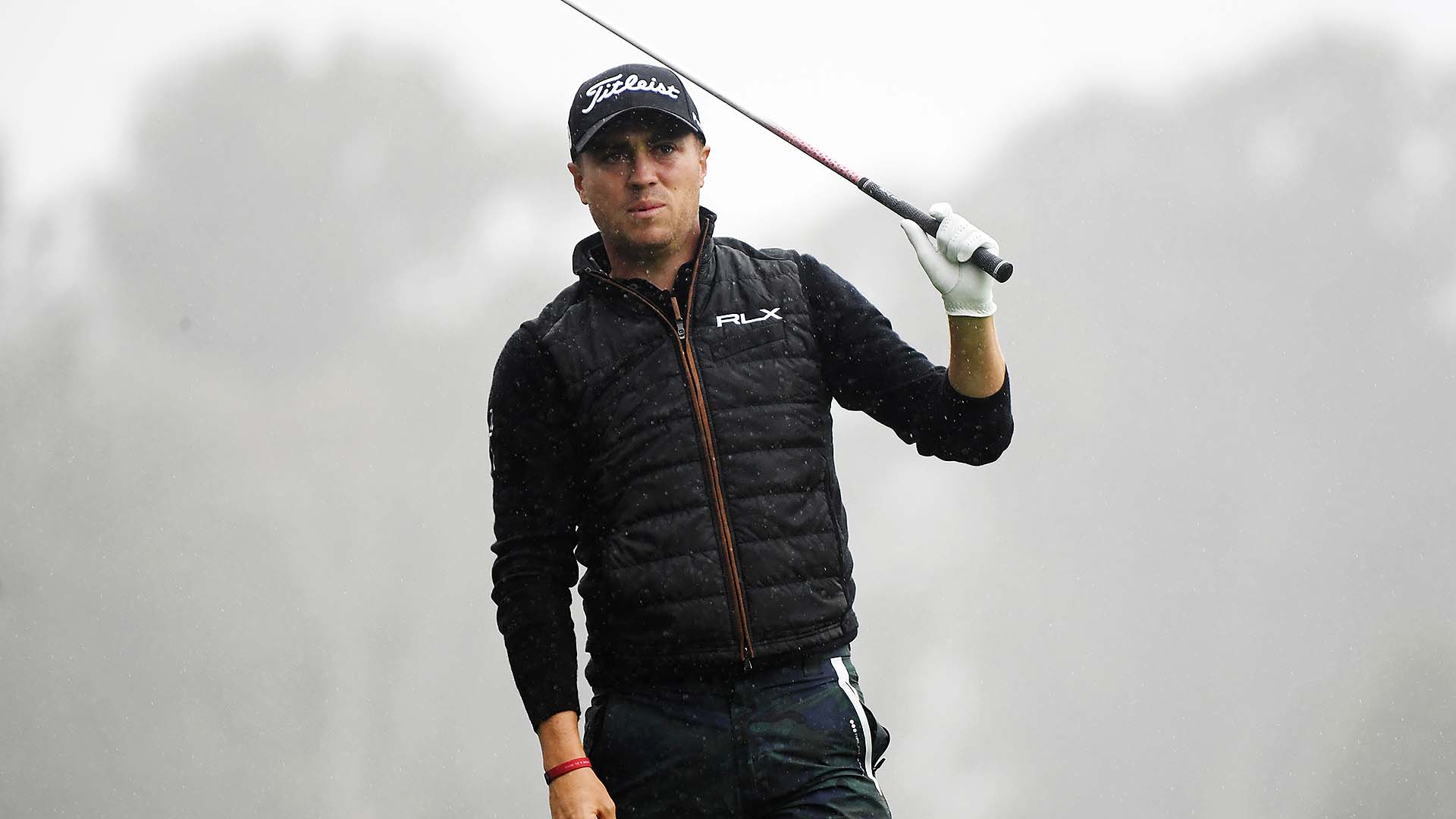 LOS ANGELES - Justin Thomas got a lot done in just eight holes Saturday before leaving Riviera with a one-shot lead and facing a marathon finish in the Genesis Open.

Thomas nearly holed a 9-iron and then made par with a chip off the green and over the bunker in the middle of the par-3 sixth hole as part of the six holes he played to complete a 6-under 65. Adam Scott also had a 65 and tied Thomas for the 36-hole lead.

Thomas began the third round with a 12-foot eagle putt and saved par before darkness halted play.

Tiger Woods made the cut with one shot to spare, and then started the third round with three birdies and an eagle to get within seven shots.