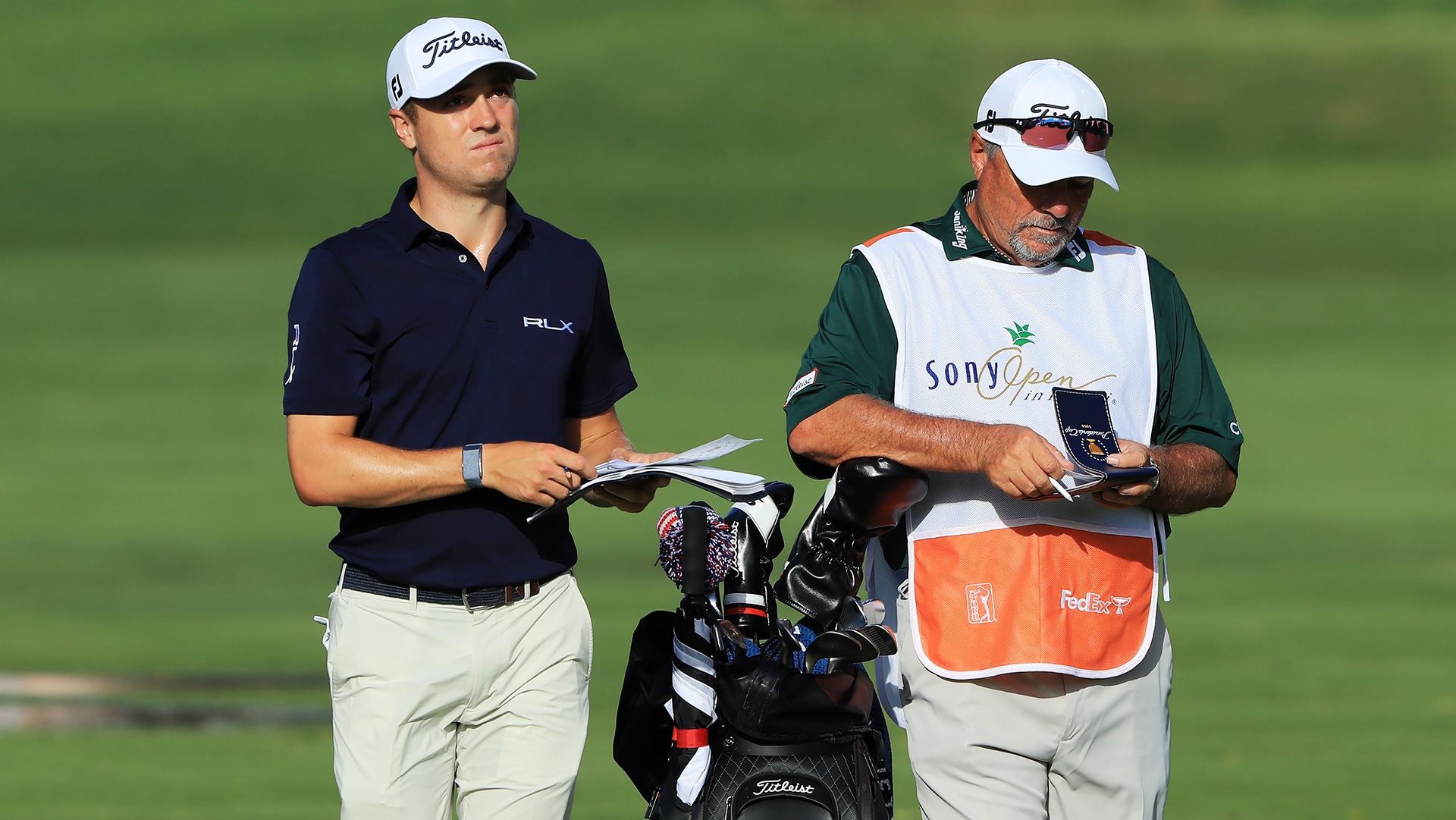 In the span of two days, Justin Thomas has gone from favorite to off the board.

Thomas entered this week’s Sony Open as the clear betting favorite to win at Waialae Country Club, but rounds of 72-71 led to an early exit in Honolulu.

"I mean, played like crap so I deserve to have a weekend off," Thomas told reporters after Friday's round.

Thomas' 3-over performance was surprising, especially considering Thomas’ current form and past Sony record. Last Sunday, Thomas outlasted Patrick Reed and Xander Schauffele in a playoff to win the Sentry Tournament of Champions at Kapalua, and in 2017, Thomas shot 59 in the opening round before winning at Waialae, where he also has posted finishes of T-16 or better in each of the past two editions.

Reed also missed the cut at 3 over after shooting 4-over 74 in Round 2.

"Playing plenty good enough to still be winning this week," Thomas said. "Probably was a little exhausted from last week."

Thomas’ missed cut would be his first since last summer’s U.S. Open and just his third since the beginning of the 2017-18 PGA Tour season.

In windy conditions at Waialae, Thomas struck the ball decently well, even leading the field in strokes gained: off-the-tee on Thursday. However, his short game and putting let him down majorly, as Thomas needed 66 putts in two rounds and ranked near the bottom of the field in strokes-gained categories both on and around the greens.

"Just didn't execute," Thomas said. "I mean, it's really, really tough out there. But I played fine. I played plenty good enough to be at 4 or 5 under and right in contention. I missed about every putt. I think honestly playing in course as often as I have in the past hurt me this year because it's just so weird the greens being as soft as they are, especially out of the rough when the ball flies as much as it does. So much top-spin and it's still coming back, so sometimes you have to get adjusted to that. But everybody has to; it's not just me.