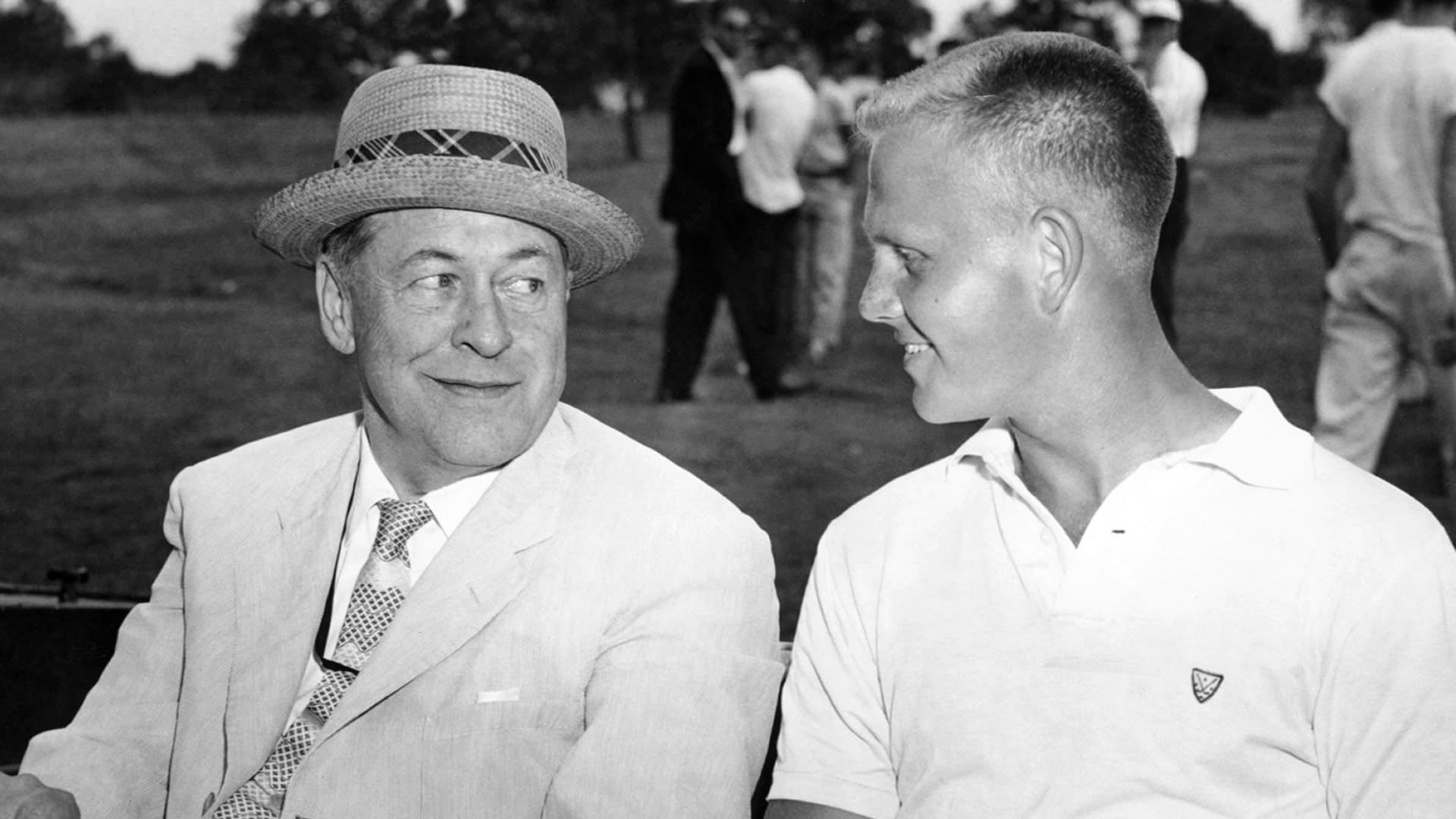 When Jack Nicklaus’ father was 12, he went to Scioto Country Club to watch Bobby Jones compete in – and win – the 1926 U.S. Open.

Five years later, the Ryder Cup was held at Scioto. Charlie Nicklaus was hanging out in the parking lot when someone yelled, “Hey, Mr. Jones!”

“He mistook my dad for Jones,” Jack Nicklaus says. “They looked alike and parted their hair the same way.”

The mistaken man took Charlie into the Scioto clubhouse, until they figured out who he was – or wasn’t.

“That he was mistaken for Jones, that just made my dad like him even more,” Jack says.

Charlie Nicklaus was long enamored with Jones and that appreciation extended to his son. Jack first met Jones when he was 15, at the Country Club of Virginia, site of the 1955 U.S. Amateur. He was playing in a practice round, when he laced a 3-wood into a howling wind that finished on the par-4 18th green.

Walking toward the green, he could see a man in a cart but didn’t recognize him. He only knew what the younger version of Jones looked like.

“I walked off and someone said, ‘Mr. Jones would like to meet you,’” Jack says.

“Young man, I’ve been sitting here for a couple of hours and you’re only the third person to reach this green in two. Congratulations,” Jones said.

And that was that.

Jack lost in the first round that week to Bob Gardner, 1 down.

“I had Bob 1 down after 10 holes. I hadn’t seen Bob Jones. But all of a sudden, down the 10th fairway comes this cart. And I proceed to go bogey-bogey-double bogey, lose all three holes. Bob Jones turns to my dad and says, ‘Charlie, I don’t think I’m doing Jack much good. I’m going to get out of here,'” Nicklaus says.

The two next encountered in 1957 at a junior event sponsored by Coca-Cola, of which Jones had a financial interest. He presented the trophy to Jack that week and they talked a little about him one day playing in the Masters.

“There was a little note in my locker and it said, ‘Jack, I’d like to invite you and your father down to the cabin and say hello,’” Nicklaus says.

A similar note was in Jack’s locker every year. They’d talk about Jones’ game and how he grew up, his relationship with his coach, Sterling Maiden. They discussed sportsmanship, how to handle adversity and how to play the game at a championship level.

“I learned an awful lot from Jones,” Nicklaus says.

Here’s a look at the letter where Jack Nicklaus declared he would turn pro 54 years ago today pic.twitter.com/jIpVKBAntZ

A day later, he got a letter from Jones encouraging him to stay an amateur.

“Bob Jones had always been his idol,” Barbara Nicklaus, Jack's wife, says. “I think in his mind, he wanted to stay an amateur just because he adored Bob Jones. But we were married. He was trying to sell insurance, go to school and play golf. And not doing any to the best of what he thought his abilities was.

“We talked it over and he said, ‘You know, if I want to be the best, I need to play with the best.’”

Jones, at the time, held the record for most major titles won – 13, including his U.S. and British amateur championships. Nicklaus started his professional career with two U.S. Am titles, which in those days carried major weight.

Nicklaus says he eyed Jones’ record, but was never driven by it. He said it wasn’t until Associated Press writer Bob Green mentioned he was only three back following his 1970 Open victory, that he began to think about it.

Nicklaus passed Jones when he won his 14th major – pro and am – at the 1973 PGA Championship. Of course, Jack’s total is now believed 18, rather than 20, as many no longer consider Nicklaus’ two U.S. Am victories worthy of major status.

The 1972 Masters was the first held without its co-founder. Jack, winless at Augusta since 1966, captured his third green jacket that year.

“When he passed, well, I missed my visit down with him [in the Jones Cabin]. It was a big empty hole for the week. I enjoyed our conversation. I always enjoyed being with him.

“He was a great guy and I always walked away learning something. I was a big fan. He was my idol.” 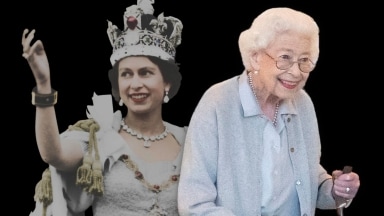 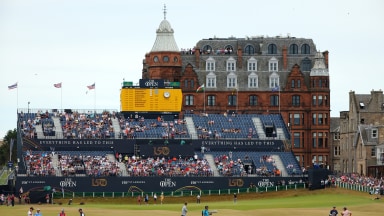