Stanley offers his side: Everyone on the tee had yelled 'fore' 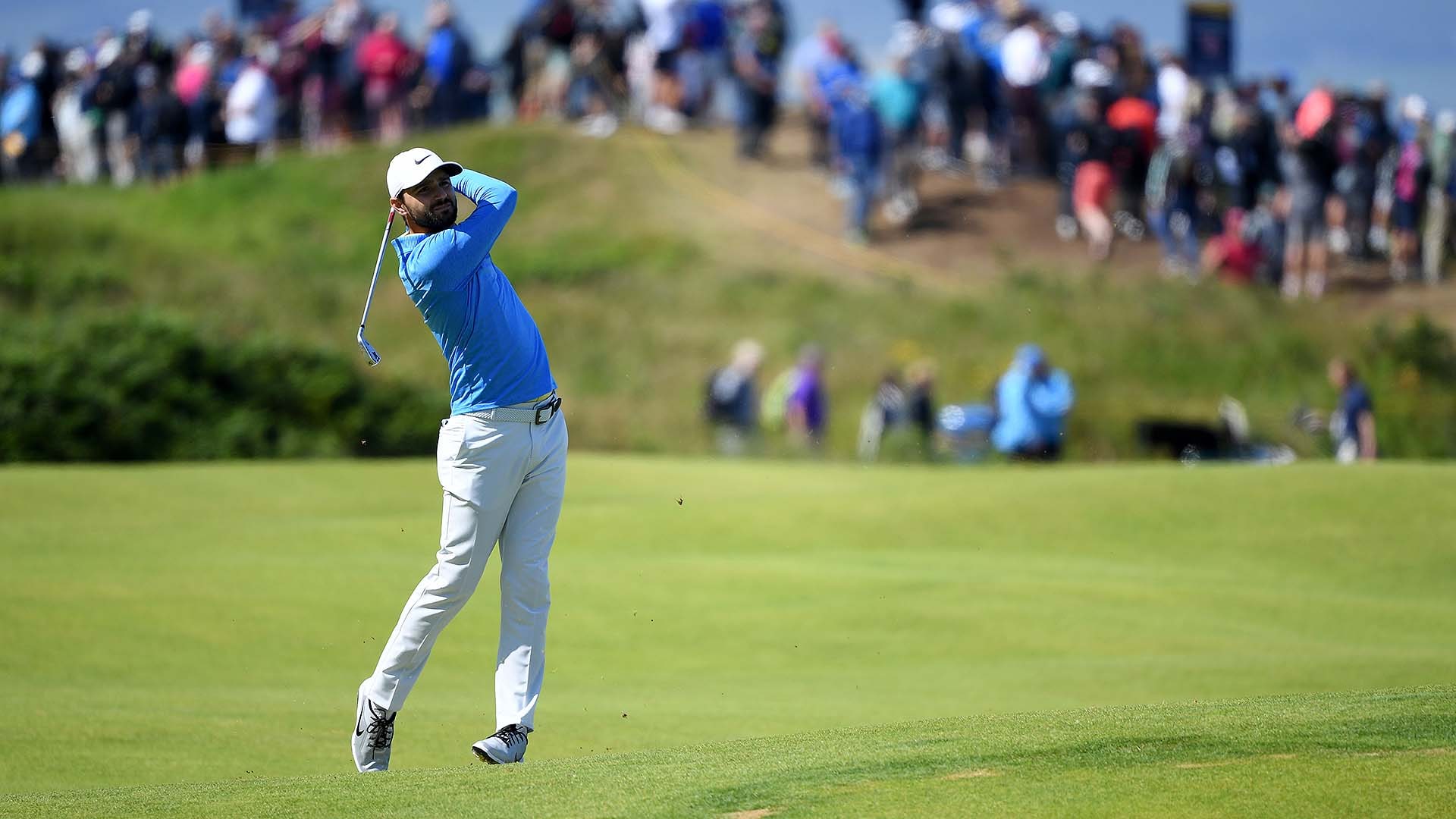 PORTRUSH, Northern Ireland – Kyle Stanley had a feeling that a controversy was brewing when his phone started blowing up Friday night. The story: That he hadn’t yelled “fore” during the second round of The Open, resulting in both a marshal and a caddie’s mother getting hit by his errant shots.

In a story in the Scotsman, Stanley’s playing partner, Robert MacIntyre, unloaded on Stanley. “My playing partner doesn’t shout ‘fore,’ his ball goes into the crowd, we’re shouting ‘fore’ as the ball is coming into the crowd,” MacIntyre told the newspaper. “He’s just standing, watching it. And people didn’t have enough time to react when we shouted.”

Stanley met with reporters after a third-round 73 Saturday to offer his side of the story. He said that because five to seven people on the tee immediately alerted the crowd that an errant drive was incoming, he didn’t bother.

“If his issue was with me not being the first person to say ‘fore,’ I mean, does he have a point? Does he not have a point? That’s up to him,” Stanley said. “All I know is after I hit the ball, it wasn’t but a couple of seconds before several people on the tee box started shouting ‘fore.’ I thought that was enough. My intention was never to do anything negative or put anybody in the gallery in harm’s way.”

MacIntyre had taken exception with two separate incidents, on the 14th and 17th holes. On 14, Stanley tried to hack a fairway wood out of thick rough, and his ball immediately shot left, his ball two-hopping into a marshal. “My caddie yelled ‘fore’ about a second after it came off the clubface,” Stanley said.

The short, blind 17th was played into a strong left-to-right wind Friday, and Stanley’s ball started drifting in the breeze, toward the gallery. Stanley said that his caddie, his two playing partners and a couple of marshals all yelled. “I thought that was enough,” he said. “They knew it was coming. To me, it was a non-issue.”

MacIntyre disagreed, and he offered his playing partner some “harsh words” in the scoring trailer afterward. Stanley said he was surprised by MacIntyre’s outburst, especially since Stanley had asked those standing right of the 17th fairway if anyone had been struck and no one responded.

Stanley said that he didn’t apologize to MacIntyre, nor would he confront him again about the issue.

“It’s not awkward for me,” he said. “When you talk about somebody playing within the boundaries of etiquette in golf, that’s kind of a touchy situation. To paint somebody in a bad light, not playing within the etiquette of the game, you’ve got to be careful when you do that. When you tell your story, you’ve got to make sure you have all the details.

“From what I read last night, he didn’t do that. He’s a young player (22). I’ve been out here a while I don’t feel the need to be schooled on the rules of golf or what to do when you hit a shot off-line. So that’s my perspective on it. Maybe a good learning experience for all.” 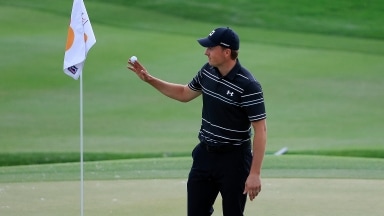 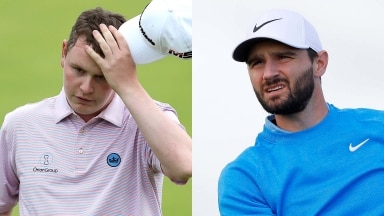