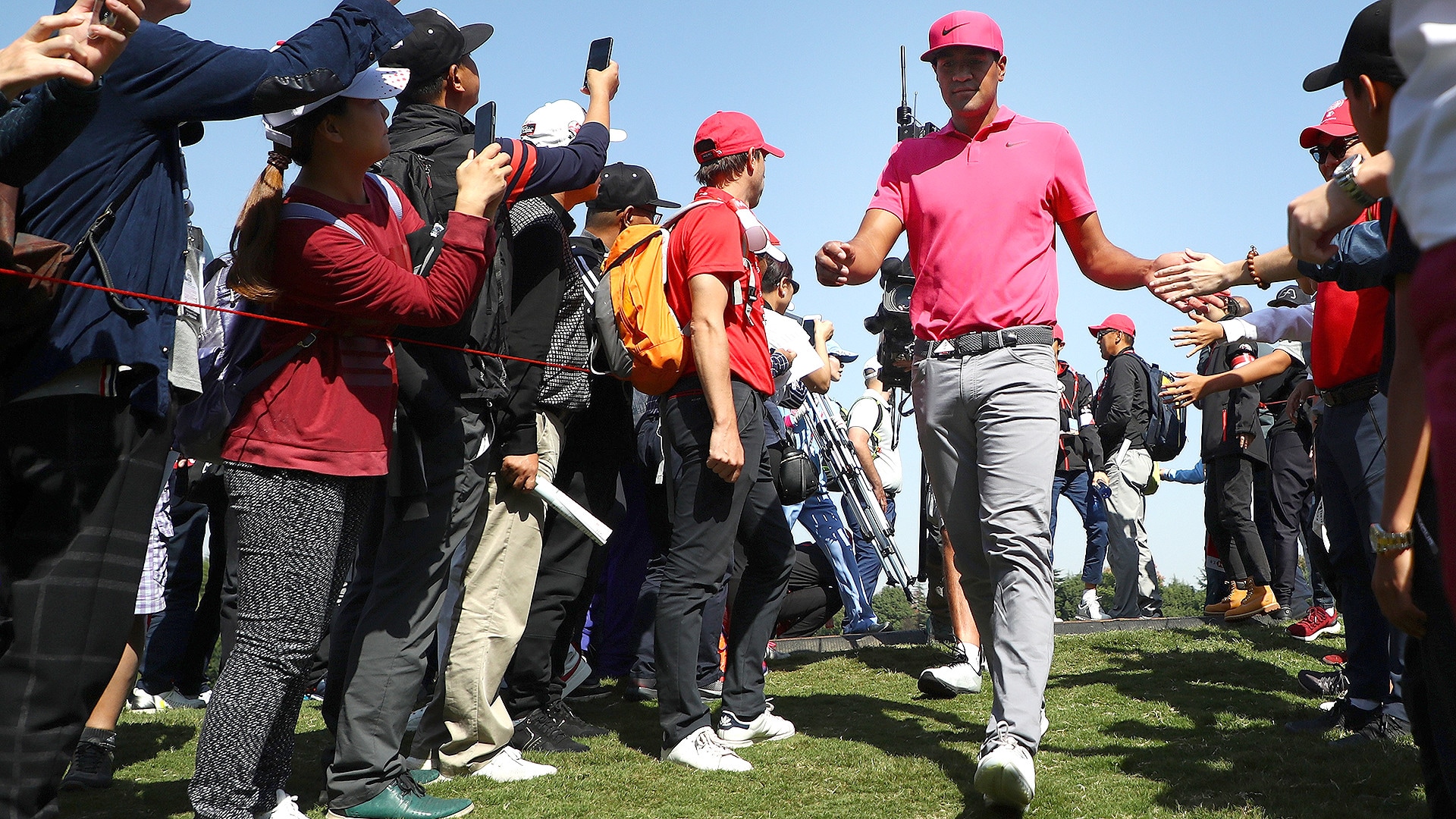 SHANGHAI – Tony Finau struggled for so much of Saturday at the HSBC that he was hopeful of a strong finish to carry some momentum into the final round.

He got much more than he imagined.

Finau closed with three straight birdies for a 2-under 70 and kept his three-shot lead because of a late collapse by Justin Rose, who played the final two holes in five more shots than Finau required.

''There was no need to panic,'' Finau said. ''Just play some good golf coming down the stretch, and I was able to do that.''

Finau was at 13-under 203 and led by three over Justin Rose, Masters champion Patrick Reed and Xander Schauffele.

Finau was on the verge of falling three shots behind on the 16th hole after Rose had pitched to within 3 feet for a birdie, and Finau hit wedge that came up well short. He rolled in a 20-foot birdie putt from off the green to stay within two shots, hit a tee shot that rolled to within 18 inches of the cup for a short birdie on the par-3 17th, and then holed a 12-foot birdie putt on the 18th.

Rose wasted a great round with a sloppy finish and had to settle for a 70.

He was two shots ahead going to the 17th when his tee shot went off the side of a hill and into a hazard, leading to double bogey. Then, his 4-iron to the par-5 18th was too far right and tumbled down the hill and into the water. He had a chance to save par until missing a 4-foot putt.

''Three back going into tomorrow, which is not exactly how it looked like it was going to be with a couple holes to play,'' Rose said. ''There are three guys at 10 under who are all going to be chasing pretty hard, but nothing to lose tomorrow. It's going to take a good round. I'm playing well, feeling good. Just got to put that last couple holes behind me and come out a little bit angry tomorrow.''

Reed didn't make a par over the last six holes, with four birdies and two bogeys. He missed a 15-foot eagle chance on the reachable par-4 16th, and then peeled his tee shot to the right down the slope into the hazard on the 17th to make bogey. A short birdie on the 18th gave him a 70.

But the real collapse came from Rose, who had led since a short birdie on the seventh hole and appeared to be in complete control of his game.

And then it was gone.

His double bogey on the 17th hole sent him from a two-shot lead to a one-shot deficit, and then he compounded it with another mistake on the 18th. Rose played the final two holes at Sheshan International in 11 shots compared to Finau's six.

Schauffele rolled in a long birdie putt on the 16th and momentum until his second shot went into the water on the 18th, though he scrambled for par for a 69.

Andrew Putnam, playing in his first World Golf Championship, had a 67 and was five shots behind, along with Tommy Fleetwood (72). Fleetwood was two shots behind until he chopped up the par-5 14th hole, three-putting from 12 feet for a triple bogey.

Rory McIlroy also had an 8 on the 14th hole as he continued a big slide with a 75, leaving him 21 shots behind Finau. It not only was the second triple bogey this week for McIlroy, he has had five scores of 6 or higher on his card this week.

Finau's only PGA Tour victory was in 2016 at the Puerto Rico Open, an event held opposite the WGC-Match Play in Texas. He had a three-shot lead going into the weekend, which was gone when he missed a short par putt on the fifth hole and failed to convert a 5-foot birdie putt on No. 7 as Rose was making his move.

The 29-year-old American took only four putts over the last four holes, starting with a tough up-and-down from a bunker behind the 15th green that barely reached the fringe and trickled down to about 4 feet.

By the end of the round, everything was going his way. Not only did he hit a flawless tee shot into short range on the 17th, he got away with a poor tee shot into a bunker on the 18th and a shot that left him a lot farther from the green than he wanted. No matter. He made the putt and was on the verge of getting a victory to go with his consistent play this year.

''I'm looking forward to tomorrow,'' Finau said. ''I've got a world-class field chasing after me. This is the position you want to be in and I'll be looking to close out my first tournament in this position, which is exciting for me. ... I'm going to have fun no matter the outcome and hopefully make a lot of birdies and have those guys have to do something special tomorrow to beat me.'' 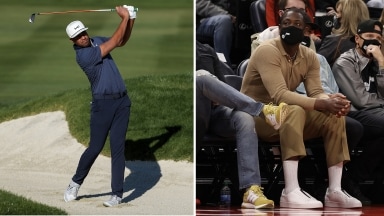 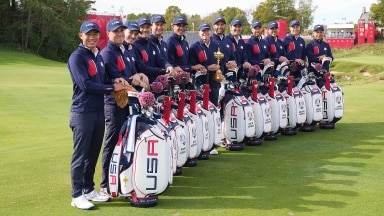