With laughs and length, Lydia Ko contending again for a major title at KPMG 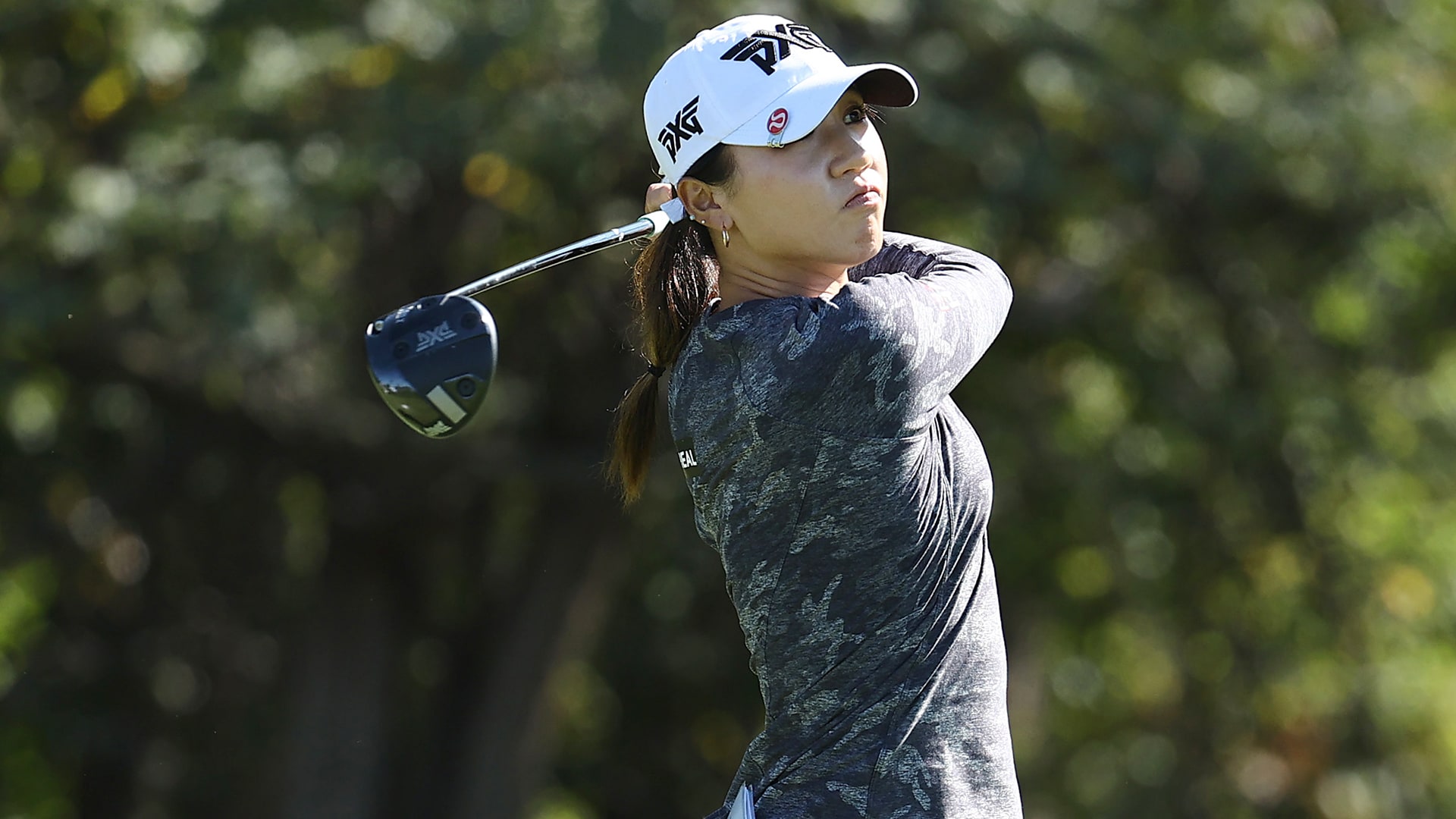 NEWTOWN SQUARE, Pa. – Lydia Ko sat above the eighth tee on Friday, criss-cross applesauce, smiling and laughing with playing competitor Charley Hull, the two of them without a third party because of Nelly Korda’s withdrawal.

Gorgeous, the weather. Upper-60s with a polite breeze, sun-filled.

Free would be a good way to describe the scene. Free of worry. Free of burden. Free from the pressure of contending in a major championship.

“She is just one of the most elegant and graceful people I’ve ever met,” an observing Sean Foley said in admiration of his pupil.

“Genuine. True to herself.”

Ko shot even-par 70 on Friday, a great score on another challenging day at Aronimink Golf Club. She’s at 2 under par through 36 holes, just two shots off the lead at the KPMG Women’s PGA Championship.

“I think you just have to stay patient, especially at major championships and at venues like this. I think sometimes the patience runs out and you get frustrated, but making a lot of pars here is good,” Ko said after her round.

“Obviously it would be nice to make a few more birdies, but making three birdies and three bogeys and the rest pars is just the same as making 18 pars. It might feel a little differently, but par is a really good score on the majority of these holes, and when you try to get the opportunities, even though it doesn't happen very often, you have to try and take advantage of those moments.”

We’re half-way home at the women’s third major of the season. It’s been two good rounds for Ko, no doubt. But it’s only two rounds.

When you’re two years separated from your last tour win and four years removed from your most recent major title, there is reason to be pleased with a good start at an event, but not to get excited.

Especially when the game plan is to play boring golf.

That birdie came on her final hole, the par-5 ninth. Just the kind of positive vibe you’d want entering the weekend. She raised her arms, “I made one!”, she said. She chatted a bit with Foley, gave him a hug and he headed to the airport.

“No need to bring attention to anything,” Foley said. “’What are you doing really well?’ Keep doing that.

Foley and Ko have been working together for only a few months, but the results are evidence of success. Ko nearly won in Ohio, in the second event upon the tour’s return following the pandemic break. She finished sixth at the ANA Inspiration and, notably, has increased her distance.

“Swing wise, just trying to get her back to a place she’s been,” Foley said. “[Along with] more power, higher ball flight.”

For years, Ko languished near the bottom of the tour in driving distance. But now, with a physique transformed through gym work and physical exercise – running (she’s not a big fan), playing tennis (loves it) and rock climbing (new to it) – along the aid of Foley, Ko is the longest she’s ever been, averaging 256 yards off the tee.

That strength is an asset at Aronimink, which plays upwards of 6,577 yards this week.

It’s not just the swing, however, it’s the mind that the two have been working on. Actually, it’s more than the mind; it’s that thing inside you, what drives you – more than motivation. It’s: Why do you play the game?

“I don’t like the word ‘mental.’ This is more of a philosophy,” Foley said.

Prior to the start of the championship, Ko relayed a story which showcased that approach. In the story, she’s literally burying bad thoughts.

“We've been playing the game for so long, so sometimes, man … I think it's just as important to kind of clear those questions in your head, like mentally and philosophically, and I think he's really helped me in that aspect where I just kind of bury it and then just walk away and try and not think about it again.”

Ko is currently ranked 38th in the world, a precipitous drop from when she ruled the golf world during her teens. She won 14 times, including two majors, from 2012-16. But countless changes to her inner-circle and her swing have led to just one win in the last four years and no majors.

“But [that natural gift] never leaves.”

Neither has Ko’s affection for the game. Why does she play the game? She loves it.

“I think I've always loved golf itself,” Ko said. “Sometimes, even though it's all in your head, you think, ‘Golf doesn't love me back! But I love you, but why won't you love me back?!?’”

The affection has been reciprocated through two rounds this week.

Maybe she ends all those droughts on Sunday. She’s got fellow major-winning company near the top of the leaderboard and two handfuls of players trying to continue the run of major upsets.

It’s a challenge, but maybe it’s her time.