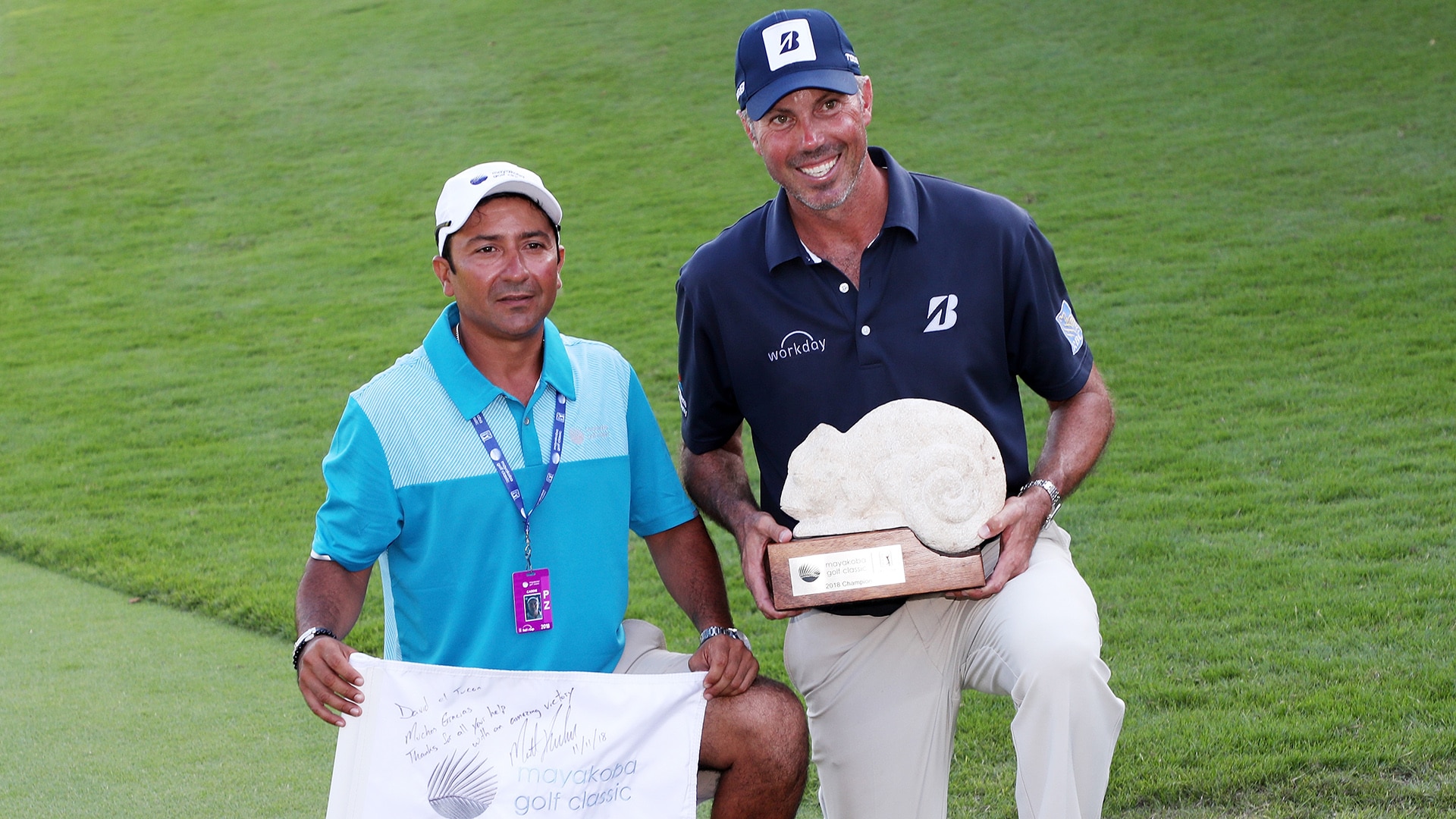 LOS ANGELES – Minutes after completing his first round at the Genesis Open, Matt Kuchar released a statement in which he apologized for “insensitive” comments and said he has made an additional payment to the man who helped him win the Mayakoba Golf Classic.

Kuchar won earlier this season in Mexico with local caddie David “El Tucan” Ortiz on his bag, breaking a four-year victory drought in the process. Months later details emerged about Kuchar’s payment to Ortiz, and earlier this week at Riviera Country Club Kuchar confirmed that after winning $1.296 million he paid Ortiz $5,000.

“I certainly don’t lose sleep over this,” Kuchar told GolfChannel.com on Wednesday. “This is something that I’m quite happy with, and I was really happy for him to have a great week and make a good sum of money. Making $5,000 is a great week.”

Kuchar’s comments only intensified the backlash on social media and beyond. While typical PGA Tour caddies can often earn a 10 percent bonus for a win, Ortiz told Golf.com this week that he was hoping to receive a total sum of $50,000.

After signing for a 3-under 68 in the opening round, Kuchar released a statement through the PGA Tour detailing his plan to pay Ortiz the “full total” requested, meaning an additional $45,000, as well as make an undisclosed donation to the Mayakoba tournament to support local “philanthropic causes” in the area.

“This week, I made comments that were out of touch and insensitive, making a bad situation worse. They made it seem like I was marginalizing David Ortiz and his financial situation, which was not my intention,” Kuchar's statement read. “I read them again and cringed. That is not who I am and not what I want to represent. My entire Tour career, I have tried to show respect and positivity. In this situation, I have not lived up to those values or to the expectations I’ve set for myself.”

Kuchar, 40, is 10th on the Tour’s all-time money list with more than $46 million in on-course earnings. He currently leads the season-long points race, having also won the Sony Open in January with his normal caddie, John Wood, on the bag.

In his statement, Kuchar apologized to fans for “not representing the values instilled in this incredible sport” and regretted allowing the situation regarding his payment to Ortiz to “escalate.”

“I let myself, my family, my partners and those close to me down, but I also let David down,” Kuchar said. “I plan to call David tonight, something that is long overdue, to apologize for the situation he has been put in, and I have made sure he has received the full total that he has requested.”

You can read Kuchar's full statement below: