Kuchar moves past controversies with help from grandma, Mickelson 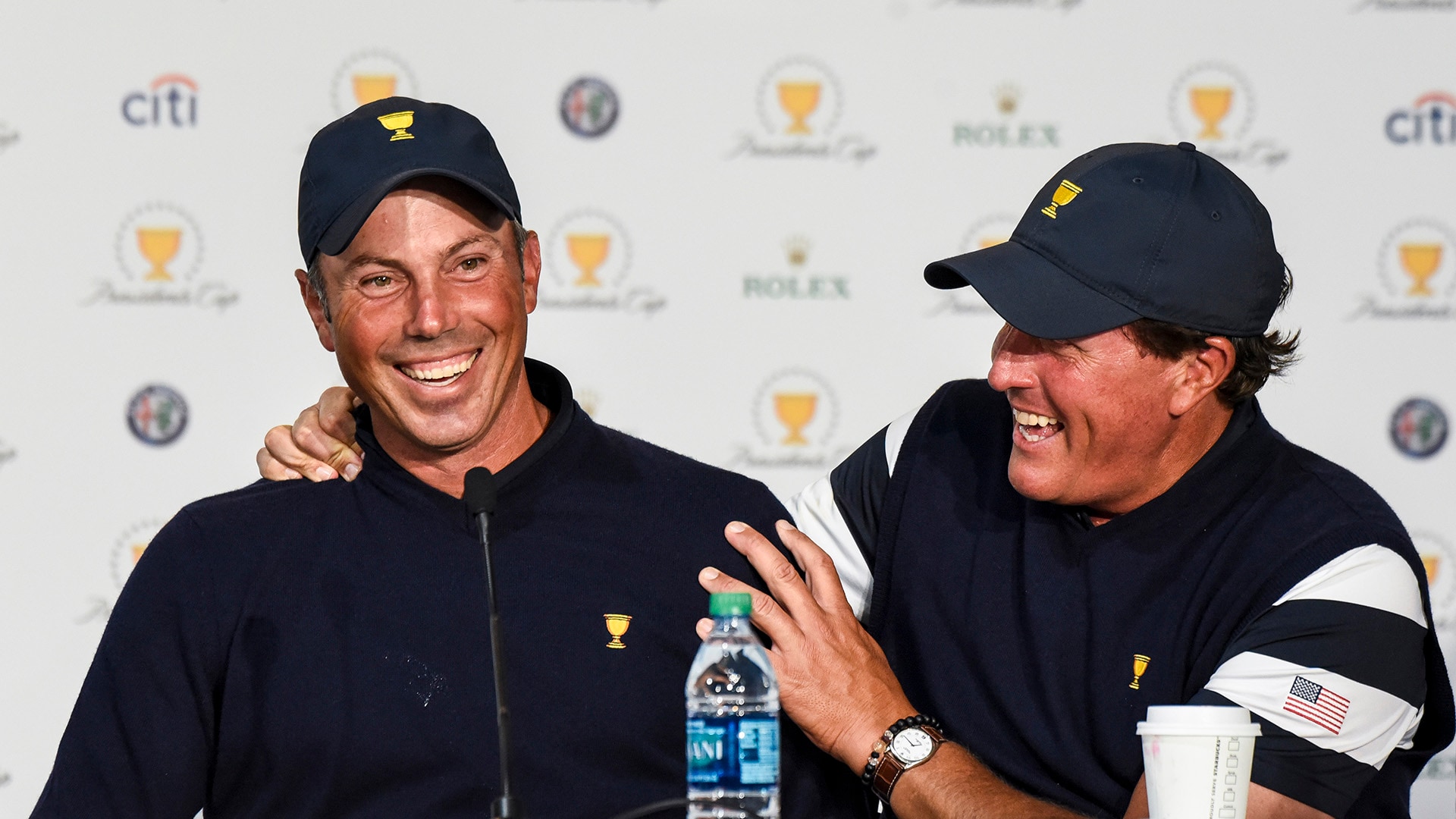 Matt Kuchar has won twice this season and failed to finish worse than T-16 in each of the year's first three majors, but unfortunately for the 41-year-old, his performance has often been overshadowed by controversy.

From not paying his fill-in caddie properly in Mexico to an awkward moment with Sergio Garcia at the WGC-Dell Match Play to a lengthy discussion with a rules official at Memorial, Kuchar knows his aw-shucks reputation has taken a few hits this year. He's heard plenty of criticism.

So, too, has Kuchar's grandmother.

"I don't do the social media, so I think that helped to not see much," Kuchar said Wednesday at the Scottish Open. "However, hearing from my grandmother, you know, the things that she was hearing and talking to me about was really tough. You really want to make your parents proud, your grandparents proud. I've kind of always been that kid that had made my parents and grandparents proud. To see them hear some of the things said about me, was never something that I wanted to put them in that position, and that was very, very difficult."

Not only did Kuchar discuss his controversies with his grandmother, who offered her love and support to her grandson, but also a fellow Tour pro who can relate to being the subject of public scrutiny.

Kuchar, though, has made an attempt to grow as a person.

"You don't learn from victories very often. You learn from your setbacks, and I think that's something where I've certainly learned from," Kuchar said, referring to the caddie situation. "I look at that and that's an opportunity for me to learn to be more generous across the board. You know, whether it's home with the family, with the kids, with the wife, with the fans, with you name it; there's just so many opportunities to be more generous, and that's one of the things you learn. Sometimes the setbacks are hard, but those are the lessons that you tend to learn from and come out better from."