Monday Scramble: A picture's worth a thousand words and a whole lot of questions 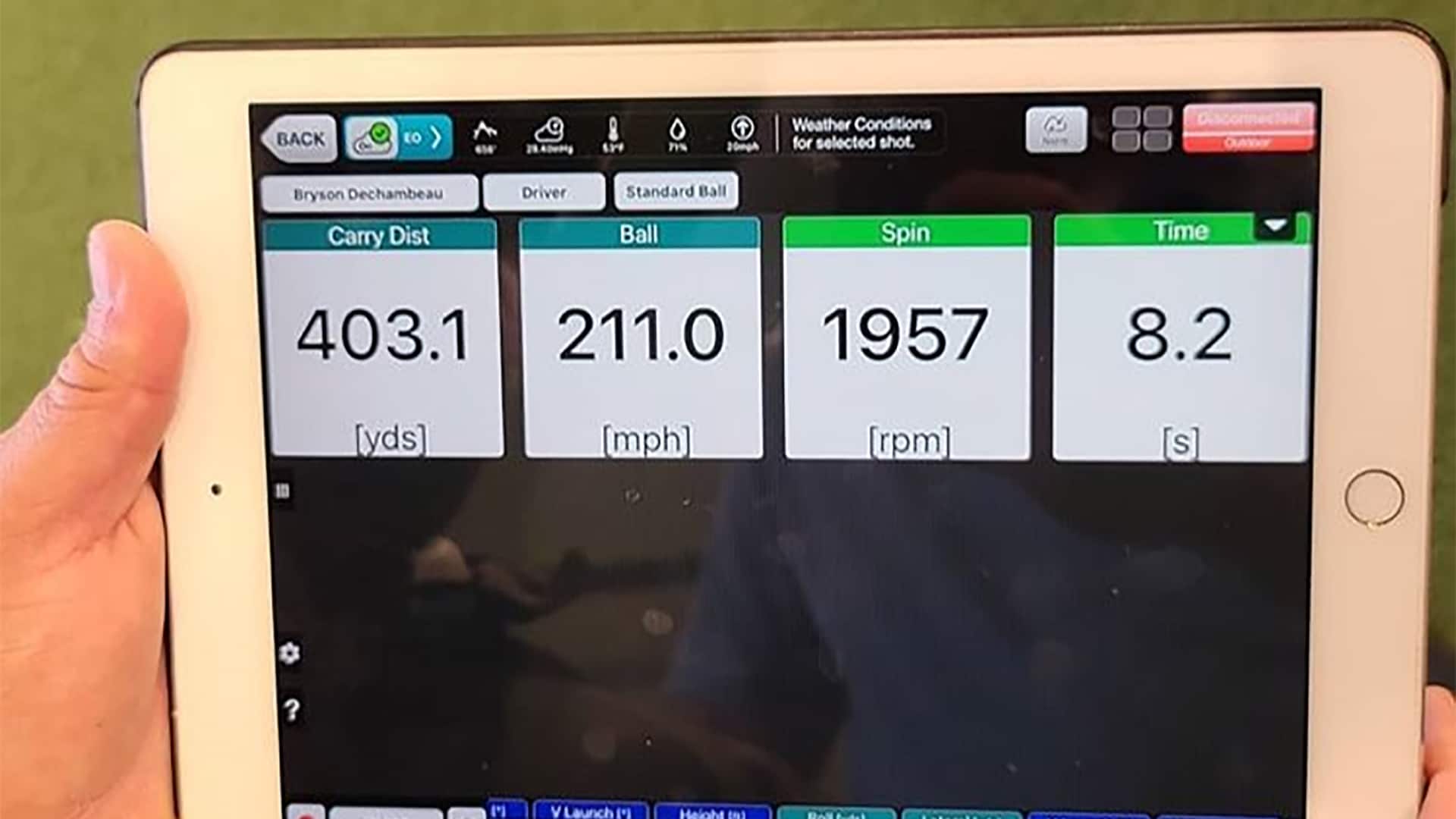 1. Patrick Cantlay made nine birdies in the final round to leapfrog Justin Thomas and Jon Rahm and capture the Zozo Championship.

TAKEAWAY: It’s remarkable this is only Cantlay’s third PGA Tour title, for he’s such a consistent and complete player. Though he’s 28, he doesn’t have much mileage on his body after sitting out a few years because of back problems. This was his 101st career Tour start; by comparison, Justin Thomas, who is a year younger, has made 158. Cantlay’s best is still to come, as he rose to No. 9 in the world rankings.

Throughout the bag Cantlay was stellar at Sherwood, per usual, ranking third in strokes gained: tee to green, first in scrambling and 10th in putting – using a flat stick that is slightly longer and heavier than his previous model. That’s one of the reasons why Cantlay failed to win during the pandemic-affected 2019-20 season and fell short of qualifying for the Tour Championship. It didn’t help either that he missed some scheduled starts because of surgery to correct a deviated septum.

We’ll keep picking Cantlay to have a breakout year, as we do seemingly every year. It’s bound to happen. He’s that talented.

2. Despite shooting final-round scores in the 60s, Thomas and Rahm were passed by Cantlay on Sunday and shared second at Sherwood.

TAKEAWAY: Both players, ranked inside the top 3 in the world, were left to rue missing a good opportunity to win.

Thomas, who held the overnight lead, made only one birdie over his last 12 holes and fell one shot shy. Considered one of the game’s best closers, JT has now failed to win four of his last five solo 54-hole leads:

Interestingly, Thomas told reporters afterward that he was struggling in the final round to find that "killer instinct" and "stay in the zone" without fans. "It's tough, but we're all dealing with it," he said, "and I just have to find a little bit better way with how to cope with that here in the next couple weeks."

Thomas bemoaned that he didn’t have his best stuff over the weekend, and though that was true, he was still typically excellent – second in proximity to the hole and fifth in strokes gained: putting. A nice combo that portends well for Augusta, a place that Thomas, with no top-10s in four career appearances, has not fared particularly well. With top-12 finishes in all three starts this young season, he'll still be a top-5 favorite for the Masters.

As for Rahm, he made back-to-back bogeys on Nos. 12 and 13 (the latter a par 5!) to fall into chaser’s mode coming down the stretch. His biggest takeaway: His iron play was spot-on. Ranking sixth in the field in strokes gained: approach, that was his best finish in that category since his win at the Memorial, and his second-best in 13 months. 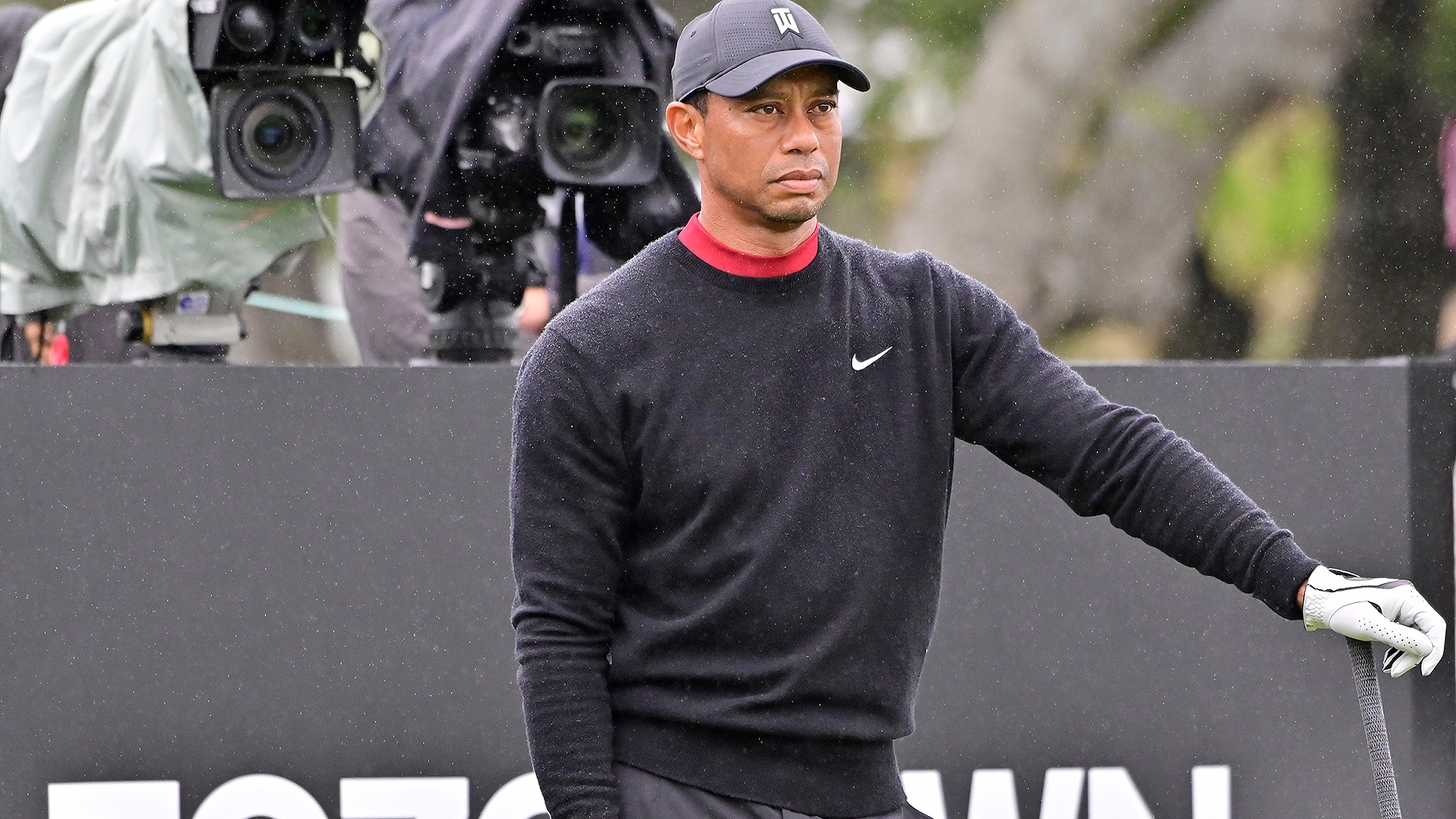 3. At a place where he’s won five times and finished runner-up on five other occasions, Tiger Woods beat only three players during his tie for 72nd at the Zozo Championship.

TAKEAWAY: At the beginning of the week Woods said he was “definitely better” than he was at the U.S. Open, but in his Zozo title defense his game looked as bad as it has all year. Of the 77 players at Sherwood, Woods ranked 70th in strokes gained: tee to green and 65th on the greens. Even more eyebrow-raising: He maxed out at 115 mph clubhead speed.

That added up to a dismal scoring line, in which the only players he beat were Japan Tour player Naoki Sekito, Champions Tour-eligible Phil Mickelson and Michael Thompson, who has one top-45 since June. 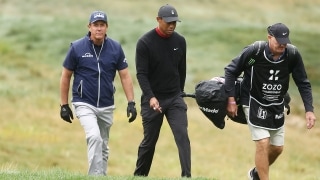 Woods said he’ll decide in the “next few days” if he will commit to next week’s Houston Open. But a final tune-up start before the Masters doesn’t make much sense, not least because he’d have to learn a new course at Memorial Park. A lack of competitive reps isn’t what is hurting Woods at the moment; he’s just not swinging well enough. He needs to put in the time on the range, if his battered body will allow. His two-plus decades of course knowledge at Augusta won’t matter if he can’t execute the shots.

Since the Tour restarted in June, Woods has played six events. His finish in relation to the winner: 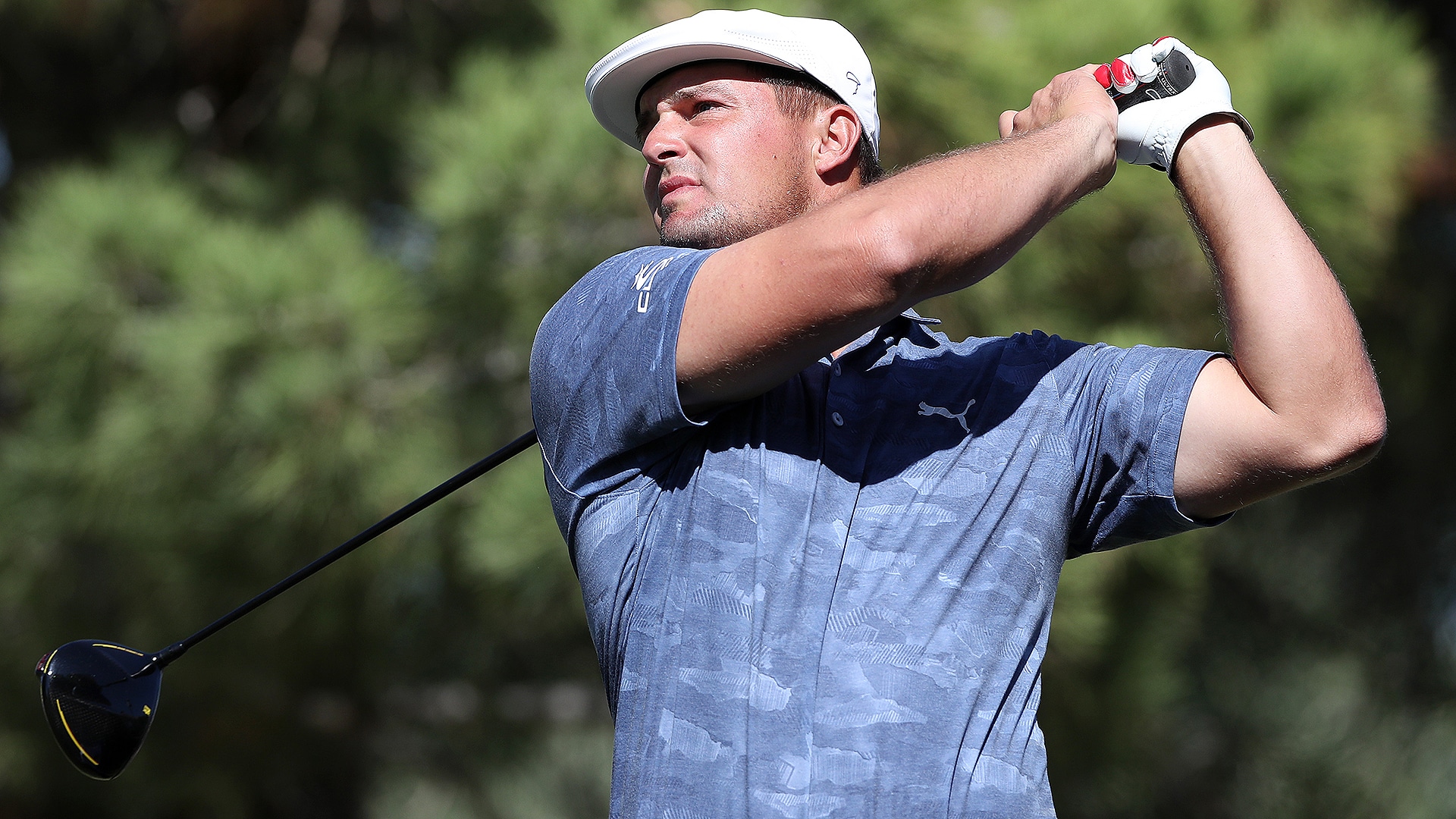 4. In a post on Instagram, Bryson DeChambeau claimed he hit a drive with a 400-yard carry – even without the 48-inch driver he’s been testing.

TAKEAWAY: Bryson’s big blast was the talk of the Tour last week, and for good reason. He’s been hinting that he’s been touching ridiculous numbers in practice. Now here’s proof.

The post was cryptic enough that it leaves plenty of questions: Did the ball go straight? Is it repeatable? Is it tournament-ready? What type of numbers can he post with the 48-inch model? We’ll get answers soon enough.

From our seat it still seems like an unnecessary risk for DeChambeau to implement a new driver at the year’s final major. Clearly, he already enjoys a significant advantage over the rest of the field. It seems like the perfect experiment for Kapalua and Phoenix, with an eye on the 2021 Masters in April. 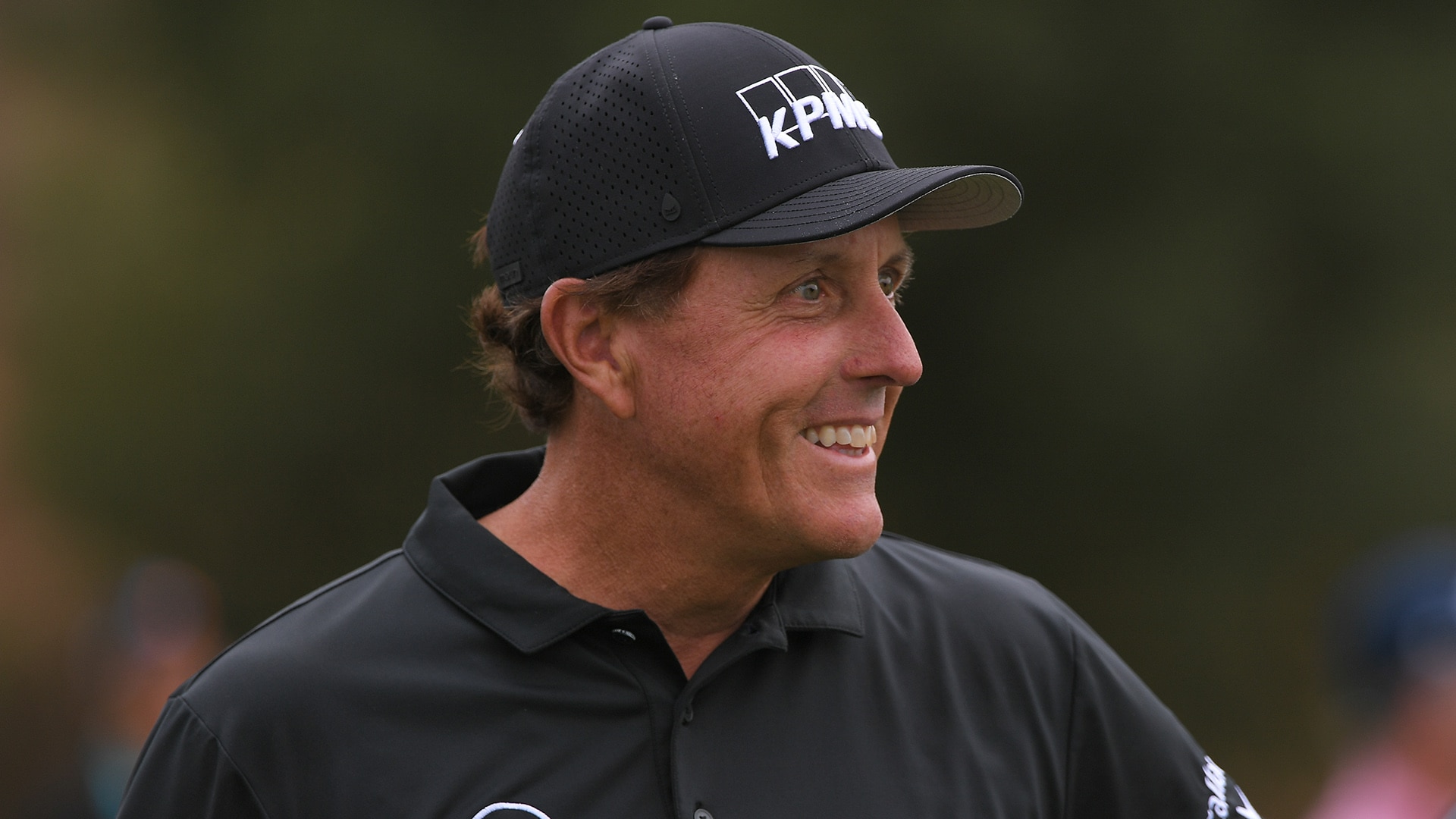 5. Phil Mickelson is undecided on his upcoming schedule, as he weighs whether to play the week before the Masters at the PGA Tour’s Houston Open or against the PGA Tour Champions players in Phoenix.

TAKEAWAY: Early last week Mickelson said his decision would come down to which event hosts fans – Houston is welcoming a maximum of 2,000 spectators a day, the first tournament in the U.S. to have fans since March 12 – but later backtracked, saying it’s all about prep. Lefty wants to be able to launch it high and far in preparation for Augusta, and Memorial Park, a course he’s never seen but which has a stiffer penalty for a missed fairway, might not be the most conducive environment for that style of play. The senior event would have overseeded grass, like he’ll see in Georgia, and he’s unlikely to wear himself out playing 54 holes in a cart. That seems the most likely option.

Of course, if he continues to play like he did at the Zozo – nearly DFL, last in the field in strokes gained: tee to green – it really doesn't matter because he wouldn't contend at Augusta anyway.

First Time For Everything: Ally McDonald. The 28-year-old Mississippi native, on her birthday, held off a spirited charge from Danielle Kang to capture her first LPGA title at the Drive On Championship - Reynolds Lake Oconee. McDonald, a former U.S. Solheim Cupper, made three birdies in a row to start the back nine to surge in front. She finished one ahead of Kang, who nearly holed her wedge shot on 18.

Here She Comes: Bianca Pagdanganan. The LPGA rookie is taking the tour by storm, contending at the KPMG Women’s PGA before posting a 299-yard driving distance average last week at Reynolds en route to a career-best third-place finish. Remember the name – she has game-changing potential.

Looking Up At Him: Dustin Johnson. Jon Rahm made a run to end his reign at the top, but DJ stayed at world No. 1 for at least another week, cementing him as the fourth player to reach 100 weeks in the first position, behind Tiger Woods (683 weeks, lol), Greg Norman (331) and Rory McIlroy (106). 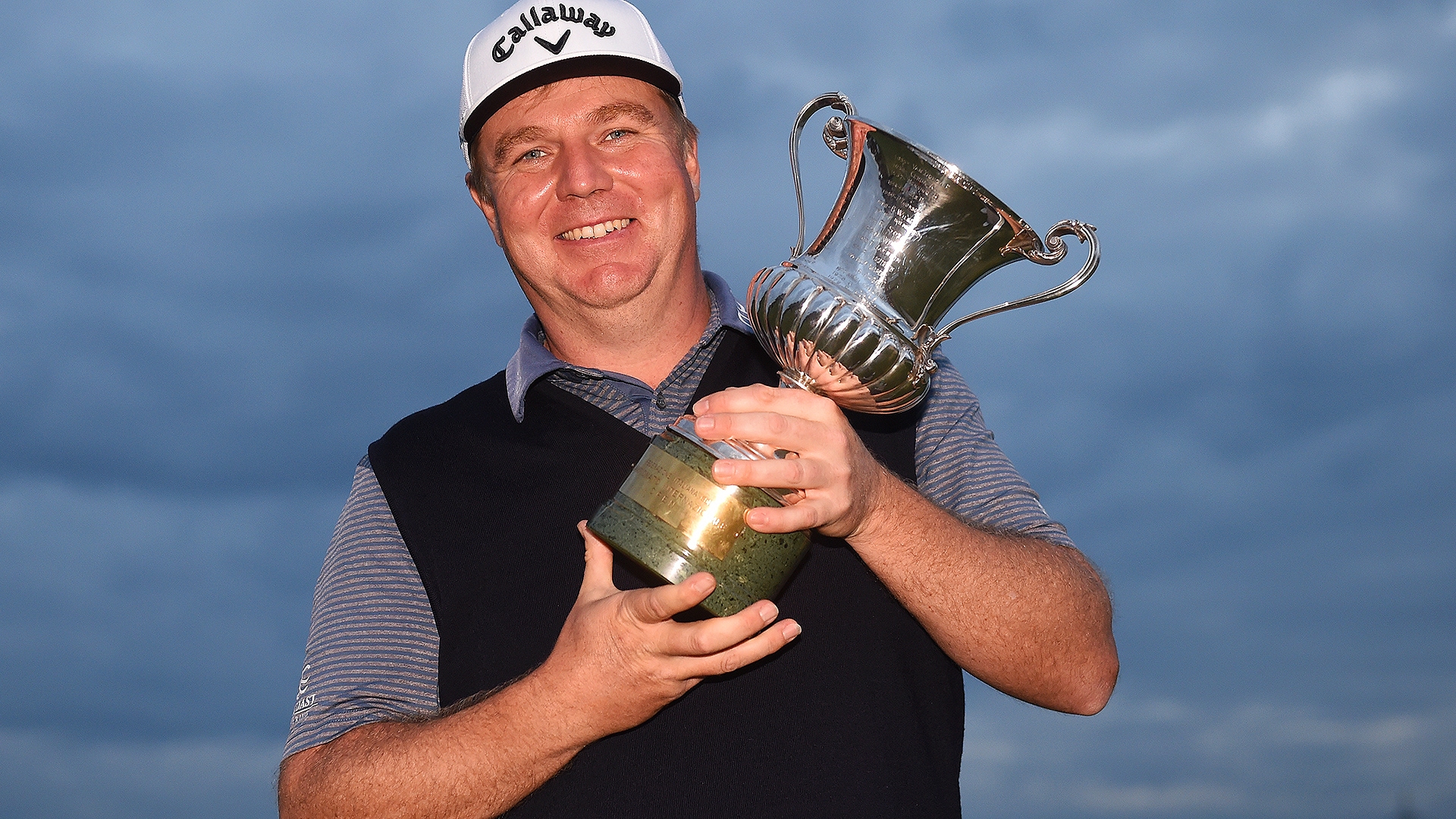 Perseverance: Ross McGowan. Ranked 560th in the world, he hadn’t won in 11 years and hadn’t finished inside the top 40 in his last 13 starts. That was until he shot 20 under par at the Italian Open and won by two. Good stuff.

Back from the Abyss: Martin Kaymer. At the Italian Open he tied for fifth, his fourth top-10 in his past six starts. It wasn’t enough to clip eventual winner Ross McGowan, but he’s getting closer to earning his first worldwide title since – incredibly enough – the 2014 U.S. Open.

Not the Best Quote: Scott Jamieson. After making a hole-in-one in Italy, Jamieson first gave a nothing reaction, then gave an even worse quote afterward: “That’s what we’re trying to do – just put the ball in the hole.” OK, bud.

Don’t Look Now, But ...: Bubba Watson. Once again Watson had the ball-striking goods, ranking fifth in the field in strokes gained: tee to green. Per stats guru Justin Ray, only DJ has fared better in that stat per round since the PGA Championship. Anyone know a two-time Masters champ who is rounding into form?

Don’t Stick to your Day Job?: Mike Whan. The LPGA commish was on the call for the first-round coverage of the Drive On Championship, a smart and creative choice given Whan has owned a vacation home at Reynolds Lake Oconee for years. As expected, Whan was terrific: sharp and insightful, with his usual dose of self-deprecating humor. Though he wasn’t about to criticize his own players, of course, it was a fun few hours listening to his unique perspective.

Same ... But With a Twist: Masters Champions Dinner. Woods confirmed that the annual dinner with the most exclusive club in golf is still on, but different this year: downstairs instead of upstairs in the iconic clubhouse, with the tables socially distant, and less-than-usual attendance with some of the more at-risk former champions likely staying home because of the coronavirus. Woods’ menu will stay the same: fajitas, sushi and sashimi, with milkshakes for dessert.

Unusual Masters Prep: Sergio Garcia. The Sanderson Farms winner and 2017 Masters champ will get ready for the year’s final major by ... making his professional tennis debut? He’s teaming up for a doubles tennis tournament in Austin with Amer Delic. Hopefully he doesn’t roll an ankle.

Good Omen for Augusta: Rory McIlroy. Though he finished well down the leaderboard, Rory’s good proved to be very good – his 29 birdies were a career high on Tour.

Blown Fantasy Pick of the Week: Matthew Wolff. Second week in a row for this category for Mr. Wolff, who was playing a de facto home game at Sherwood, 10 minutes from his childhood home and at a course he reckons he’s played hundreds of times. Wolff got matched up with Tiger Woods over the first two rounds, shooting a pair of 69s, but backtracked with a Saturday 75 on his way to finishing in a tie for 50th. On top of his face plant last week at Shadow Creek, this isn’t what we wanted to see in his last two starts before Augusta. Sigh. 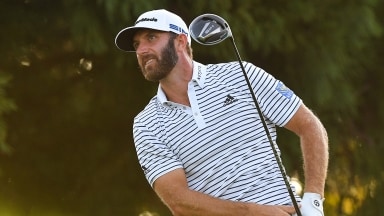