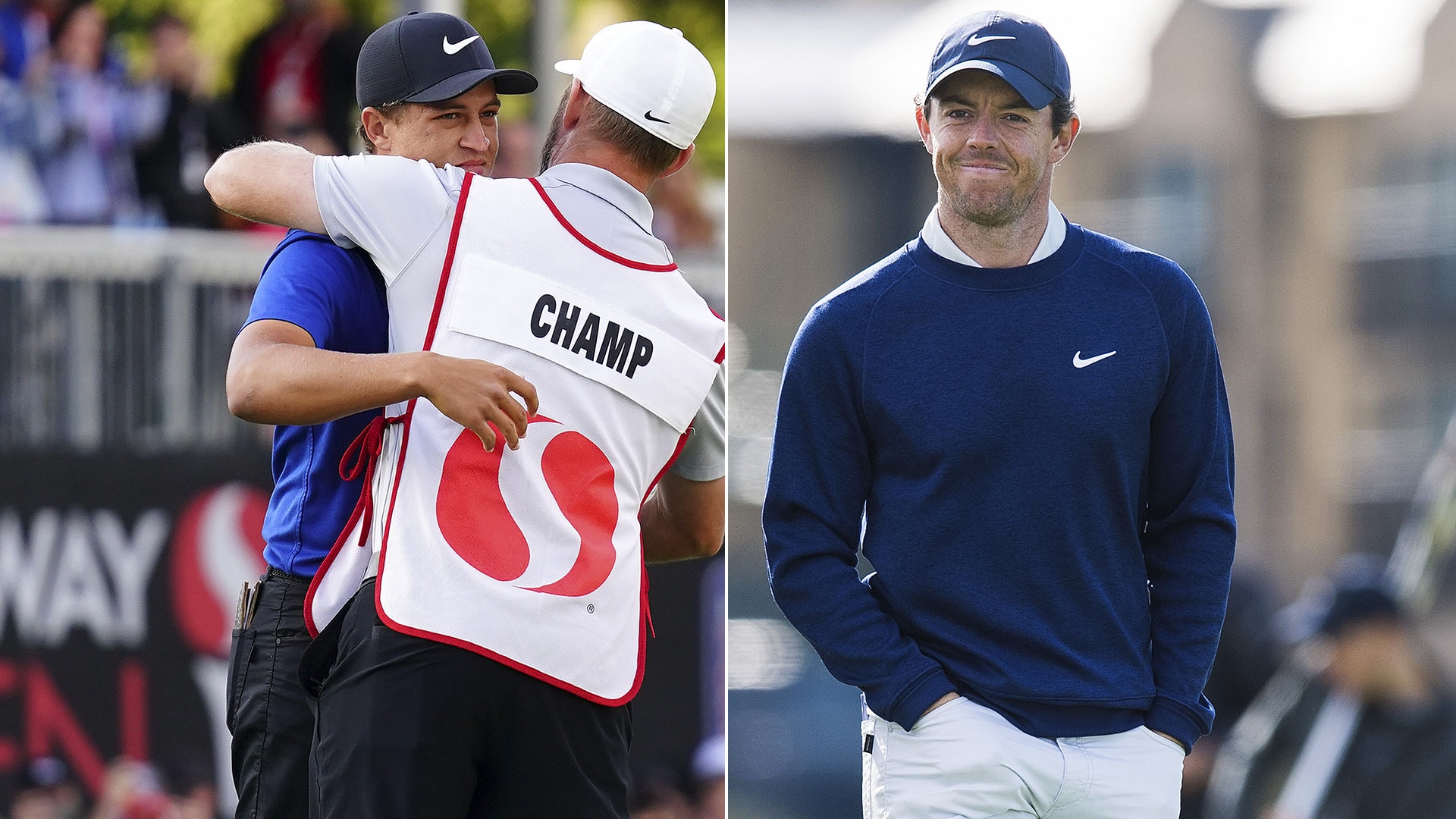 Cam Champ wins one for Pops, Phil Mickelson continues his slide, Rory McIlroy rips the European Tour, Tony Romo fumbles away a promising start and more in this week's edition of Monday Scramble:

This is the magic of sports.

With his grandfather 60 miles away in Sacramento, in hospice care battling stage-4 stomach cancer, Cam Champ dug deep and won for Mack, for the man he affectionately refers to as “Pops.”

It was Pops who endured racial discrimination growing up in the heart of Texas, who taught his grandson the game at age 2, who remains a constant source of inspiration for the now-two-time PGA Tour champion.

That Champ was able to summon his best, with so much emotion right at the surface, just waiting to spill out, was a testament to his mental toughness.

No matter what else Champ achieves in this game – and at this rate, he’s primed for big things – he said that his win at the Safeway will be “the greatest moment of my golfing career.” 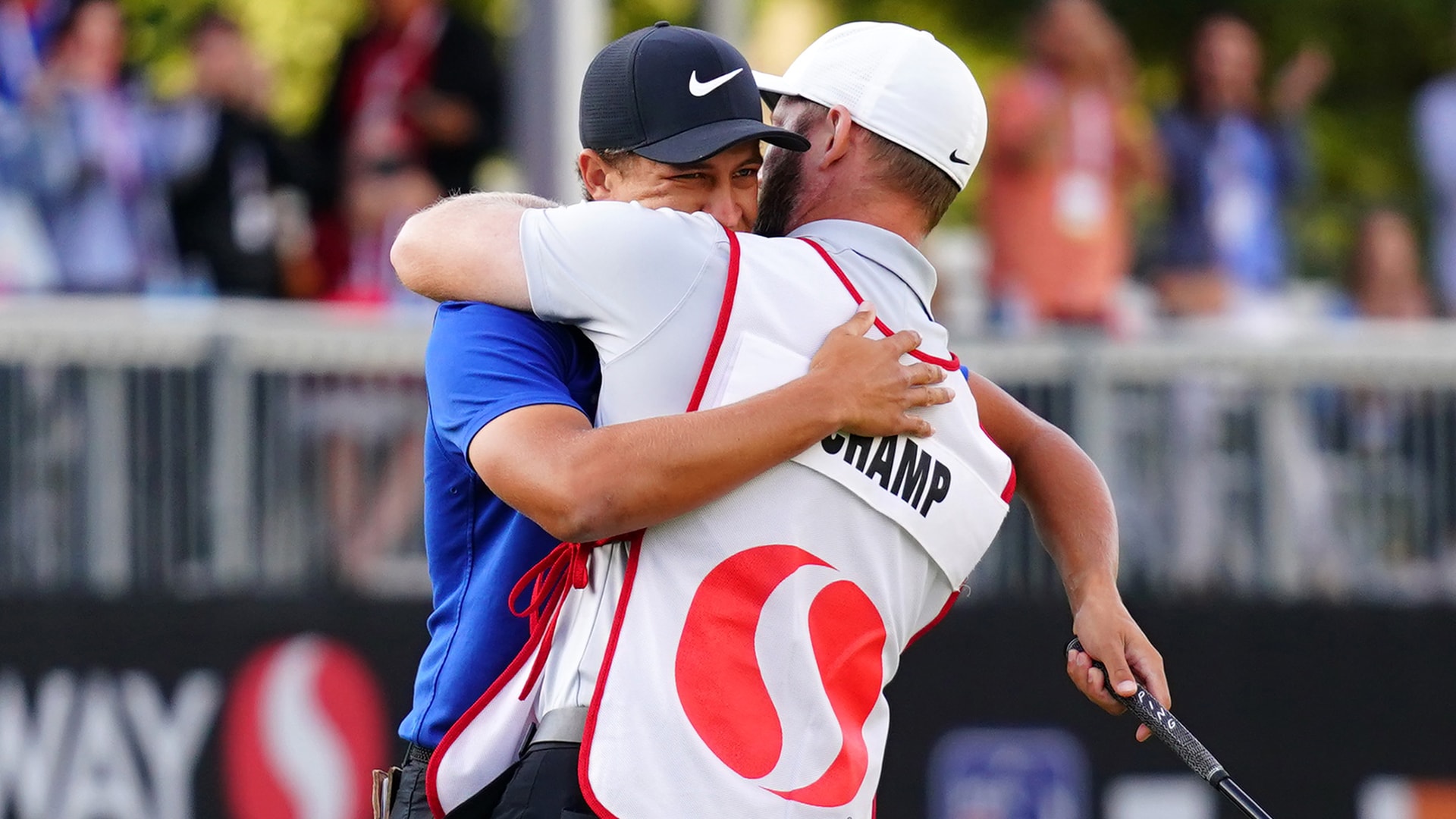 1. Another year more experienced, perhaps Champ will be better equipped now to handle life as a Tour winner.

Last fall it was so much so soon, his victory at the Sanderson Farms introducing us to his prodigious length and steely demeanor. After that he admittedly struggled with expectations, as he was splashed on magazine covers and starring in featured-group coverage.

Champ’s victory at the Safeway was his first top-20 in a full-field event in nearly a year.

A second victory is always a validating title, but there’s still so much yet to learn about the 24-year-old.

2. To that point: Champ is going to be a problem on Tour if he plays like this across a full season.

His stats from Napa:

• Strokes gained: off the tee: 1st

• Strokes gained: around the green: 19th

3. Most important was Champ’s short game and putting.

Last season Champ ranked 188th on Tour around the greens.

That was dead last.

Over the course of the season, Champ lost an unfathomable 40 strokes to the field around the greens – more than 13 strokes than the next-worst player.

Champ has been working hard with swing coach Sean Foley to improve his pitching technique, and he finally saw the fruits of that labor at Silverado: He was 16 of 19 scrambling, tops in the field.

That included a couple of clutch saves Sunday, including a chip-in for par on 11 after flubbing his first attempt. He also got up-and-down from short and left of the 18th green, sealing his one-shot victory over Adam Hadwin.

Was this merely a hot week with the wedges, a profitable outlier ... or a sign that he’s a more complete player?

4. With the tournament on the line, with his five-shot lead slipping away, with Adam Hadwin running off three straight birdies to surge into the mix, Champ lined up on the 18th and roasted a 369-yard drive – the farthest of any player on that hole. He had only an 8-iron left into the par 5.

5. Lighter and looser, Phil Mickelson kicked off his 29th season on Tour with another frustrating result.

Mickelson hit only five of 28 fairways en route to a missed cut in Napa. For those keeping score at home, Lefty does not have a top-45 finish since the Masters.

His swing was already a mess before this dramatic weight loss, and now Mickelson, at age 49, needs to adjust to shedding 30 pounds. That takes time, even for one of the best players of all time.

Where this gets tricky is that Mickelson is continuing to lose ground in the world ranking.

Following the missed cut he dropped another spot, to 44th, and without improved play his record streak of 25 consecutive years inside the top 50 is in jeopardy. That top-50 mark endangers his spot in World Golf Championship events and, looking ahead to next spring, if he’s no longer inside the top 60, he won’t be automatically exempt into the U.S. Open. 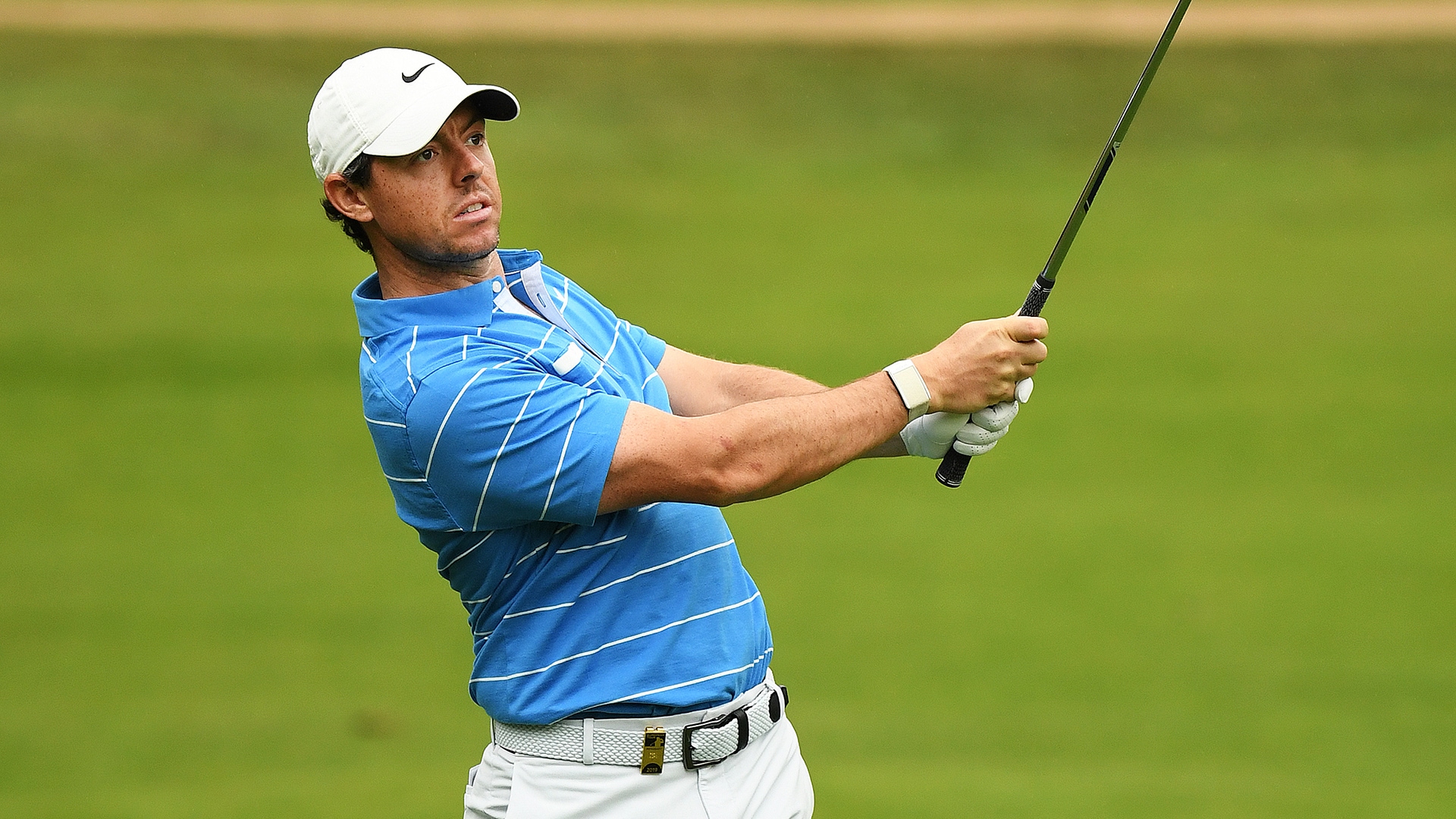 The timing may have been curious – six of the seven winners of the Alfred Dunhill Links have been 17 under par or lower – but McIlroy was annoyed by shooting 15 under par and failing to finish inside the top 25. It’s the second time that’s happened – benign conditions at the Scottish Open also led to crazy-low scoring.

“I don’t think the courses are set up hard enough,” McIlroy vented to reporters. “There are no penalties for bad shots. It’s tough when you come back and it’s like that. I don’t feel like good golf is rewarded as well as it could be. ... I think if the European Tour wants to put forth a really good product, the golf courses and setups need to be tougher.”

A couple of things here:

• Between this and his remarks that he'd rather celebrate the Fourth of July in the States than play in the Irish Open, it's clear that McIlroy is increasingly happy with his decision to focus on a more PGA Tour-centric schedule.

• If the wind doesn’t blow, as it didn’t a few days at the Dunhill Links or earlier this year at the Scottish Open, these old links are going to get destroyed.

• This problem is not limited to the European Tour. Birdie-fests are commonplace on the PGA Tour, and if there’s even a hint of firm and fast conditions at regular-season stops, they’re often softened with water to ensure low scoring and excitement for fans.

• Though McIlroy has one of the biggest microphones, he might not be the best spokesperson on this topic. In each of his 26 worldwide wins, he’s shot at least 12 under par. Six of those wins were 18 under or more. Ironically enough, he’s been one of the biggest beneficiaries of the Tour’s push for birdie barrages.

Even so, you can bet that European Tour chief executive Keith Pelley will listen to McIlroy’s thoughts on the issue. Pelley has already moved the goalposts on McIlroy's membership concerns, and the circuit can’t afford to lose him to the States any more than it already has.

7. Of course, this came after McIlroy’s father-son team was denied the pro-am title because of a technicality.

Rory and father Gerry McIlroy closed with a 61 to tie Tommy Fleetwood and amateur partner Ogden Phipps, but the rules state that in the event of a tie (they were all knotted up at 39 under), the better professional score on the final day decides the team title, not the better team score.

“We didn’t actually know that it was the lowest pro’s score, which I think is a little unfair,” McIlroy said. “It should be the lowest team score and we would have won.”

McIlroy was hoping to deliver his dad an early 60th birthday present in what appears to be their final Dunhill Links together. 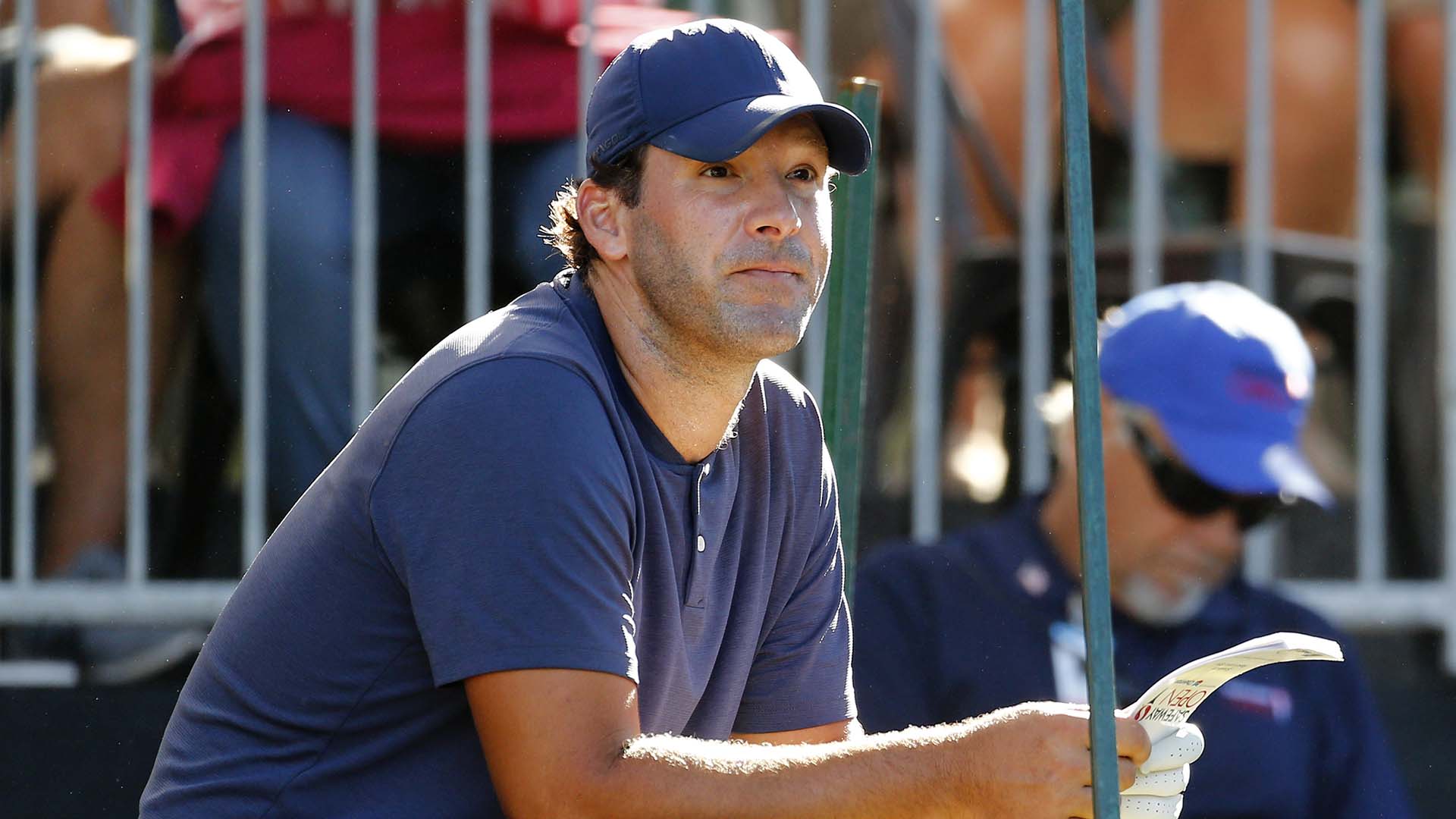 The NFL quarterback-turned-CBS broadcaster and part-time golfer tried his hand at another PGA Tour event, vowing that he’d improved as a player.

And for a day, sure, there finally were signs that Romo could hold his own: On the strength of a scorching-hot putter, he opened with 70 – a better first-round score than Justin Thomas and Phil Mickelson and Hideki Matsuyama and Collin Morikawa. It was impressive, and with Romo safely inside the top 30 after Round 1, it gave him a chance to make his first cut.

That drew the attention of the mainstream sports media, and so the hot takes began in earnest, none as bad as this:

Tony Romo story gets more interesting. Still a young man at 39. If he's able to play on the PGA Tour, he might consider leaving CBS for a 2nd turn as pro athlete. Remember the Romos and Mannings don't need $ unlike old QB's like Bradshaw or Simms. He made $127 mill with #Cowboys.

Romo crashed back to Earth with a second-round 78, missed the cut by six, ranked outside the top 120 in strokes gained: tee to green and once again finished near the bottom of the leaderboard.

Tournament directors will continue to give him spots, as they’re allowed under the rules of unrestricted sponsor exemptions, but we all know how this story ends. The mystery is gone.

Romo is not good enough to play the Tour. Not now. Not ever.

You don’t see this happen on Tour very often.

In the second round, Romo busted his 276-yard second shot up onto the 16th green while the group ahead was still putting out.

That left Tour rookie Kris Ventura a little annoyed as he walked off the green. It initially appeared as though Ventura may have spit on Romo’s ball – you can judge for yourself here – but Ventura later claimed that he did not and was in fact just checking to see if he'd left behind any spike marks.

I definitely did not spit here. I moved my head to see if I had left any spike marks because I knew I was close to his line, hate to disappoint you guys

Making an uncomfortable situation even worse for Romo: He missed the 5-footer for eagle. 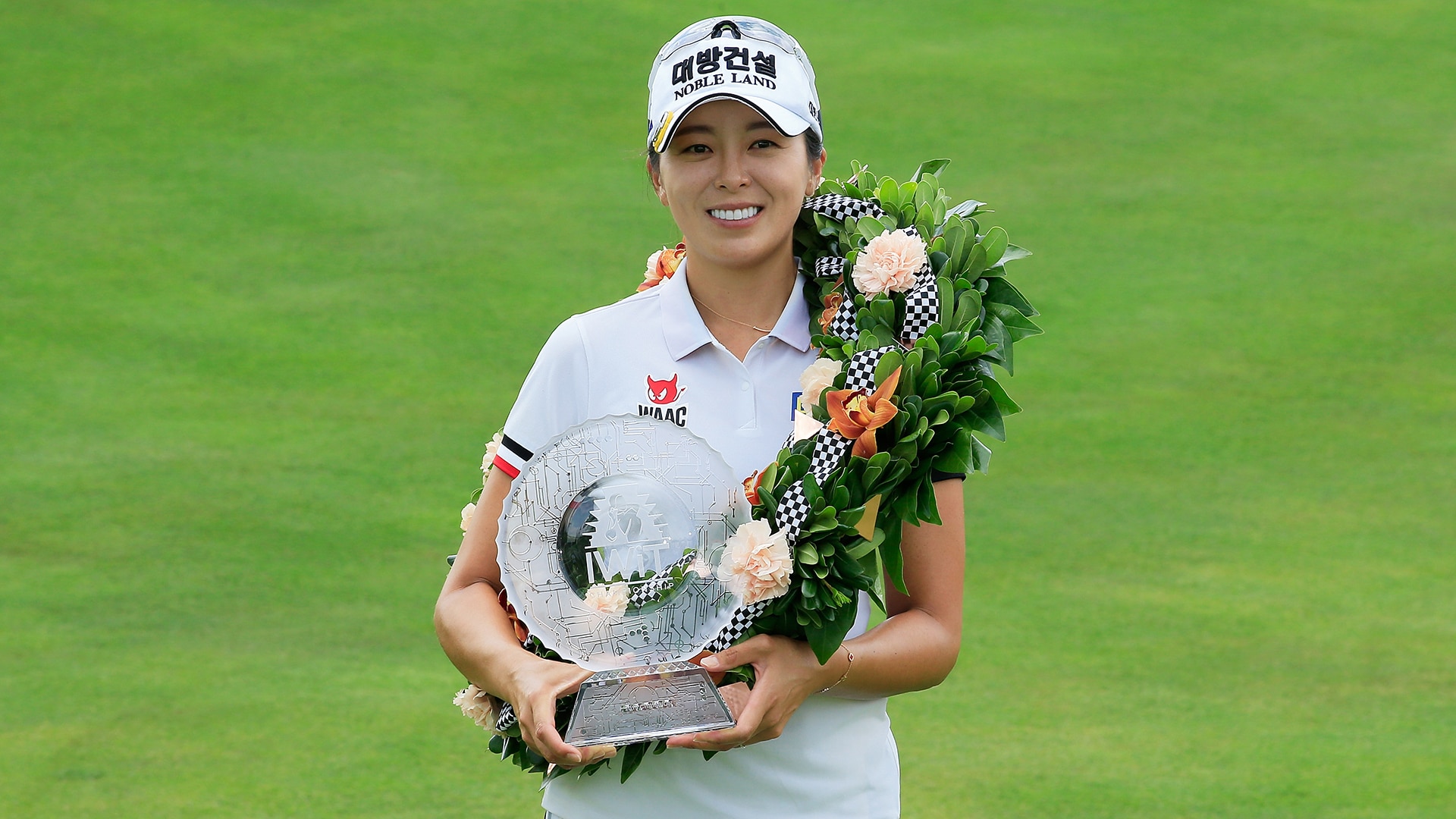 Twice as Nice: M.J. Hur. After going 112 starts between wins, the 29-year-old needed only two starts between victories at the Scottish Open and now the Brickyard, where she led wire-to-wire en route to a four-shot win.

Back, Back Again: Yuxin Lin. The USC freshman won the Asia-Pacific Amateur for the second time in three years, defeating world No. 1 Takumi Kanaya in a playoff to earn invitations to next year’s Masters and Open Championship. 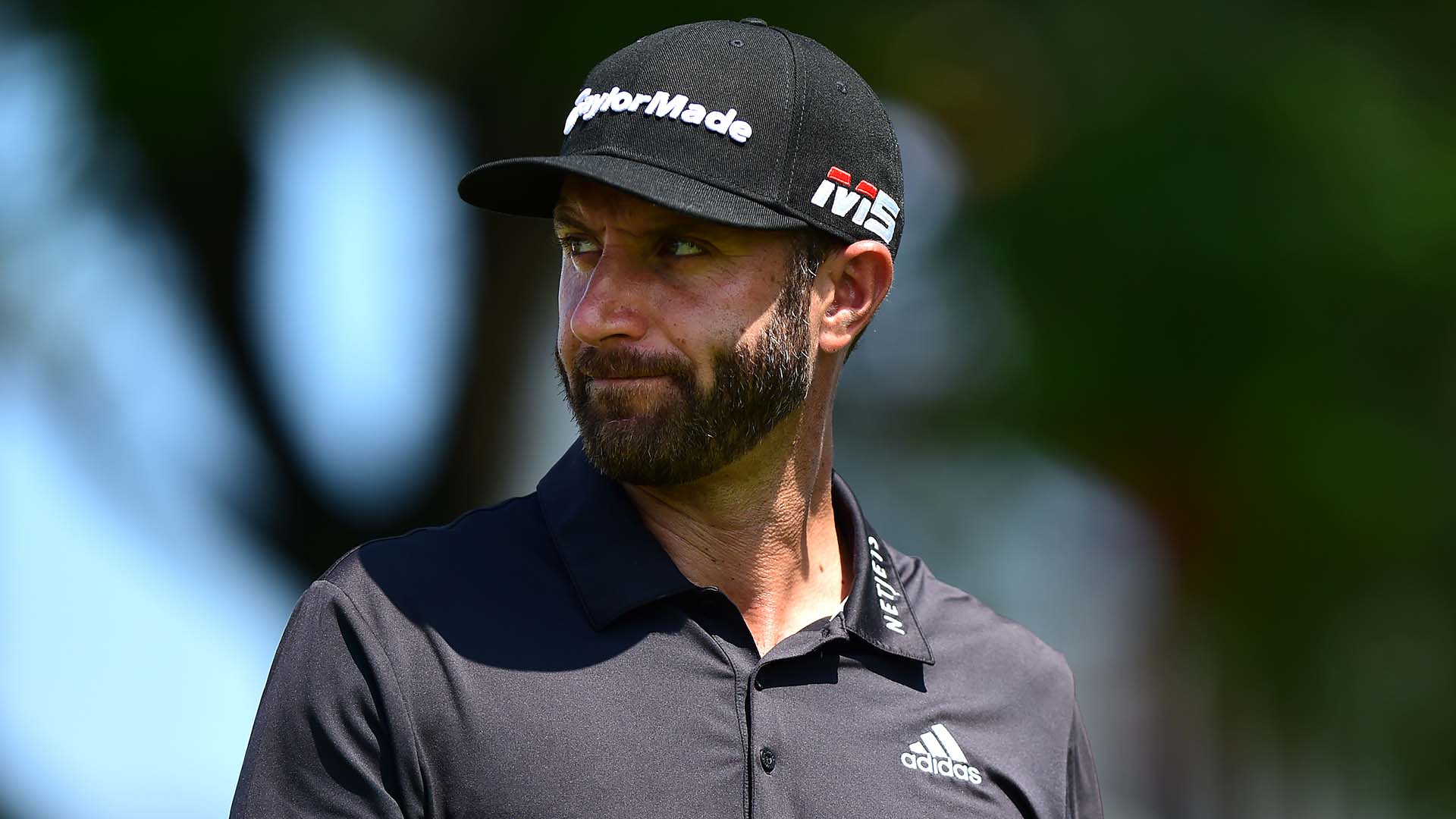 Better in Hindsight: Dustin Johnson’s season. On Golf Channel’s “Morning Drive,” Wayne Gretzky revealed that DJ was actually hurt in February and knew that he would need knee surgery “at some point.” That means that, after getting injured, Johnson destroyed the field in Mexico and nearly won two majors before slowing down during the summer. He should come back firing in 2020.

Score One for the Ex: J.P. Fitzgerald. Rory’s old caddie was on the bag for Victor Perez, guiding him to his first career European Tour title at St. Andrews.

See You in Japan: Tiger Woods. He’s been cleared for full practice and even recently played nine holes, so it’s all systems go as Woods rehabs his knee injury and gears up for a return to competition next month at the Zozo Championship – his one and only start before the Presidents Cup teams are finalized. 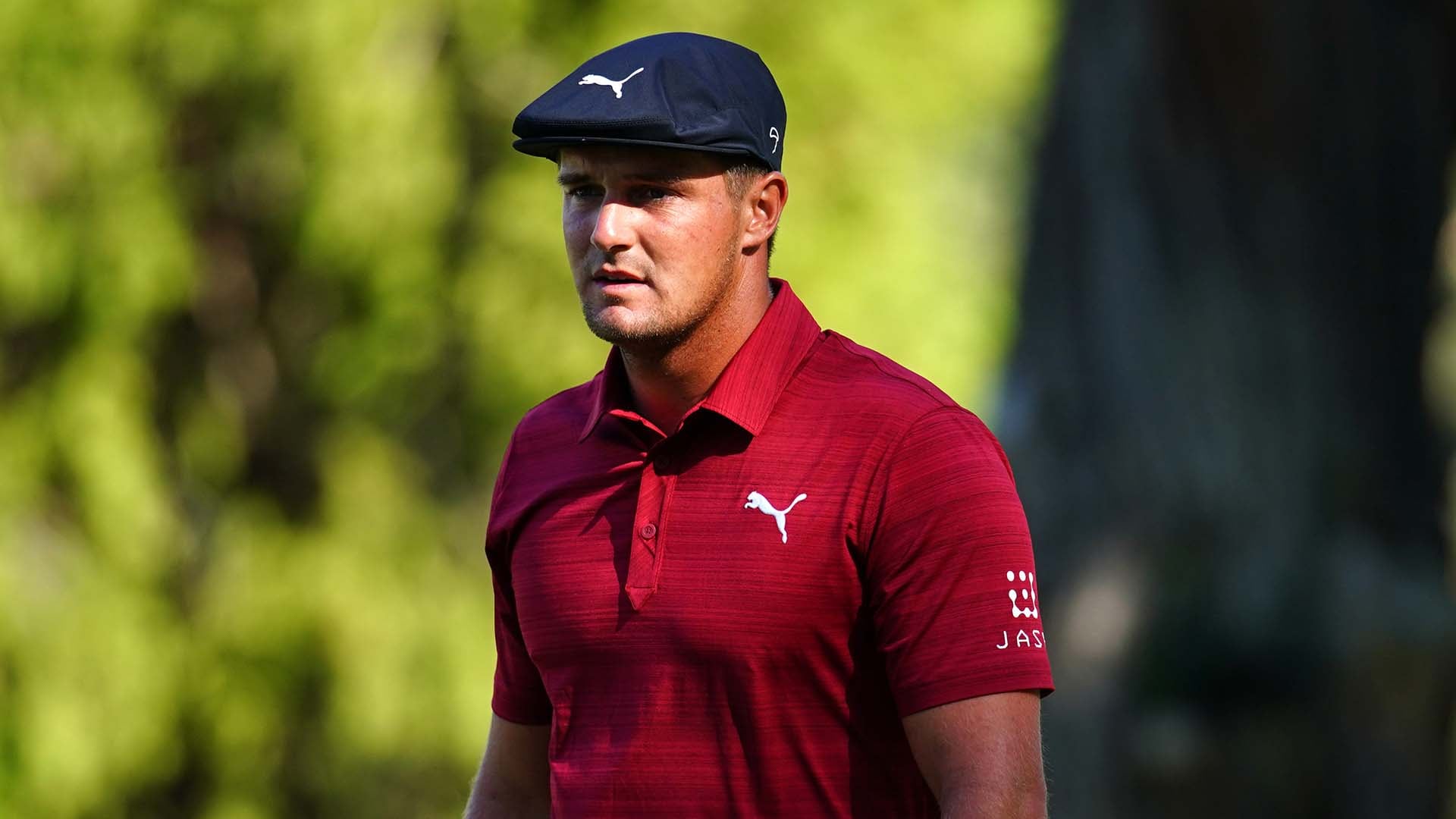 Need Some Proof: Bryson DeChambeau’s slow-play stats. DeChambeau claimed last week that he’s seen the ShotLink data that the Tour uses to "address" its slow-play problem, and DeChambeau said that he’s not in the “top 10 percent” of slowpokes on Tour. Not even close, in fact. “I can say that without a shadow of a doubt,” he said. Huh, who knew?

Blown Fantasy Pick of the Week: Sungjae Im. Riding a string of four consecutive top-20s, including a playoff loss at the Sanderson Farms, the reigning Rookie of the Year was a smart bet to continue his success at Silverado, where a year ago, in his first start as a Tour member, he finished fourth. Instead, he never shot in the 60s, and though he made the cut, he was well off the pace and tied for 49th. Sigh. 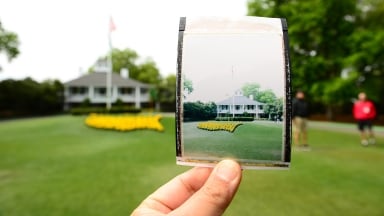 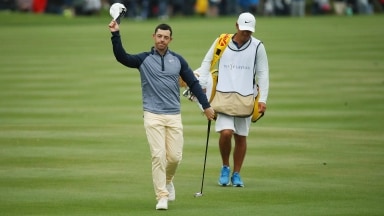 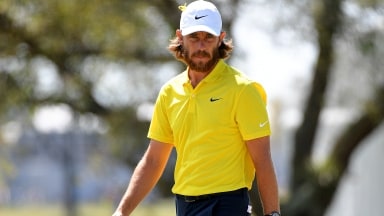